CEO Salaries for the Top 20 Pharma Companies by Market Cap 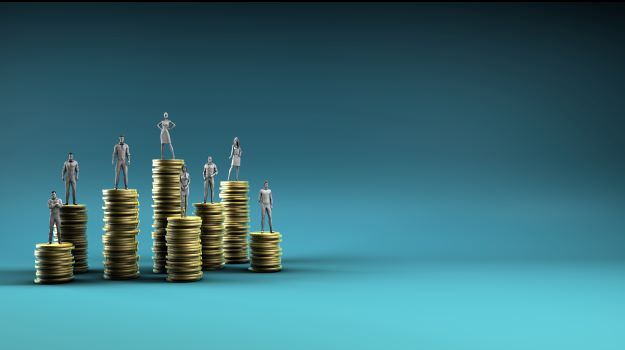 Executives at pharmaceutical companies are known for receiving large salaries. When bonuses and stock options are factored into the picture, their annual compensation can jump into the range of tens of millions of dollars, like Pfizer’s Albert Bourla, Alex Gorsky from Johnson & Johnson, and AstraZeneca’s Pascal Soriot.

Over the past several weeks, life sciences and biopharma companies have been filing year-end reports that include the total compensation for CEOs and other members of the executive teams received for 2020. As BioSpace reported earlier this month, CEOs of companies that have developed vaccines for the COVID-19 pandemic saw boosts in their annual compensation.

The bulk of the increases have come in the form of bonuses and stock options. For example, Ugur Sahin, CEO of Germany’s BioNTech, earned the majority of his $7.4 million compensation through stock options. Sahin is the sole shareholder of a German firm that controls an 18% stake in BioNTech.

After the vaccine developed by his company and Pfizer was authorized across the globe against COVID-19, Sahin became one of the world’s 500 richest people in the world. Sahin’s net worth increased to $5.1 billion after inking a developmental deal with Pfizer and vaccine distribution deals, making him the 493rd-richest person on the planet.

The BioSpace editorial team collected the most recent base salary information for CEOs of the top 20 biopharma companies based on market cap. The salaries ranged from a low of $950,000 for Moderna CEO Stéphane Bancel to the $3,785,000 base salary for Severin Schwan, CEO of Swiss pharma giant Roche.

The chart below shows the change in base salary from the previous year in addition to the base salary. Some of the CEOs saw a slight increase of only a few percentage points. However, Novartis CEO Vas Narasimhan and Gilead Sciences CEO Daniel O’Day, whose company jumped due to early success with Remdesivir against COVID-19, saw significant boosts in their base salary, 29.8%, and 34.4%, respectively.

Two CEOs saw a decline in their base salary. Roche’s Schwan, who posted the highest base salary, saw a 12.5% decrease from 2019, and Illumina CEO Francis deSouza saw his base salary fall 2.1%.

J&J CEO Alex Gorsky is actually in line for a boost in his total compensation to $30 million if approved by shareholders later this month. However, several stakeholders in the company are opposed to that boost, mainly because of ongoing litigation related to the company’s opioid business. Those who oppose the CEO pay raise say Gorsky’s pay increases should not be shielded from billions of dollars lost in litigation.

Israel-based Teva is not in the top 20 for market cap, but its CEO Kåre Schultz is set for a significant boost in his annual compensation. His $2 million base salary remains the same as in 2019, but he is set to receive a $4 million boost in his stock holdings, a 35% increase. According to the company’s SEC filing, Schultz is set to receive total compensation of $15,724,518. This is despite the continued litigation the company faces over its role in the opioid crisis, as well as for manipulating generic drug prices.

Below is the base salary chart for the top 20 biopharma companies based on market cap.