JP Morgan Preview: Small, Medium and Large, with a Lot of M&A Speculation 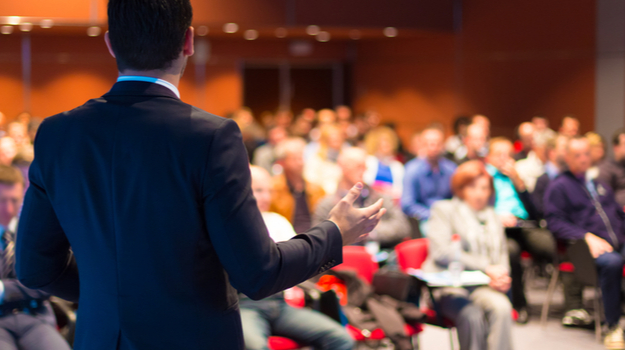 It can be a bit difficult to predict exactly what the big stories out of the JP Morgan Healthcare Conference are going to be. In 2019, it was the year’s biggest deal, Bristol-Myers Squibb’s acquisition of Celgene Corporation for $74 billion only days before the conference that became the talk of the meeting.

There’s no telling if some surprise deal will take the air out of the room, but here’s a look at some of the top presentations expected at the 38th annual JP Morgan Healthcare Conference taking place January 13-16 in San Francisco. With 12,000 attendees and 1,250 exhibitors from 155 countries, it’s safe to say there will be plenty of news, way too much to sum up in a single article, but here are some of the highlights.

The conference has suggested that one of the key themes of the meeting will be what the biopharmaceutical industry can look for in a U.S. presidential election year. So, drug pricing will undoubtedly be a hot topic, as will U.S. efforts to allow consumers to acquire drug from Canada, as well as efforts that have been made for the FDA to allow certain imports of drugs approved outside the U.S. but not by the FDA.

Literally hundreds of biopharma companies will be making presentations. Here are just a few:

Intercept Pharmaceuticals’ president and chief executive officer Mark Pruzanski will make a presentation on Wednesday, January 15 at 10:00 AM PST followed by a breakout Q&A.

Theravance Biopharma's executives will make a presentation on Wednesday, January 15 at 8:30 AM PST.

Sara Boyce, president and chief executive officer of Avidity Biosciences, will present an overview of the company’s approach to rare muscle disorders. The company recently closed on a successful $100 million Series C round. The presentation is Wednesday, January 15 at 10:30 AM PST.

Kodiak Sciences' management will present a company overview on Tuesday, January 14 at 7:30 AM PST.

Stephane Bancel, chief executive officer of Moderna, will present an update on the company and its pipeline of mRNA programs on Monday, January 13, at 4:30 PST.

Those, of course, are just a small sampling of the numerous company presentations.

Expect there to be a lot of discussion about Biogen and its aducanumab, which is headed to the FDA for potential approval for Alzheimer’s disease. The company is presenting on Monday, January 13 at 3:30 PM PT. Investors are likely to have some hard questions about what the company plans to do if the FDA approves the drug, but likely even tougher questions on what it plans to do if the FDA rejects the drug.

Aducanumab is an antibody against beta-amyloid, the protein associated with the disease, but there is also another protein, tau, which is indicated in Alzheimer’s as well. On December 13, 2019, Biogen announced that its gosuranemab, which focused on tau, had failed a Phase II clinical trial in progressive supranuclear palsy (PSP). In addition to Alzheimer’s, tau is implicated in a number of other diseases, including chronic traumatic encephalopathy (CTE), frontotemporal dementia, and parkinsonism.

Right around the same time Biogen killed its gosuranemab program and announced the rebirth of aducanumab, it licensed an antisense therapy against microtubule-associated protein tau (MAPT) from Ionis Pharmaceuticals.

It won’t be surprising if investors quiz Biogen management on plans to acquire more pipeline drugs or even a major merger to bolster its pipeline.

The JP Morgan conference is also a big arena for speculation about mergers and acquisitions (M&A). Geoffrey Porges, an analyst with SVB Leerink, came up with a top 20 target list, most of which were biopharma companies specializing in oncology and rare diseases. They include Alexion and Seattle Genetics, Biohaven, and FibroGen.

And the buyers? Most likely investors will be keeping an eye on Gilead Sciences and Sanofi, as well as Amgen, Biogen, as mentioned earlier, Novartis, Merck & Co., Eli Lilly and Pfizer—the usual suspects, in other words.

Gilead and Sanofi’s chief executives appear to be actively pushing for changes that may require picking up something big, as opposed to a $10 billion or less bolt-on acquisition. Porges argues that all of the big firms mentioned above have one thing in common—they are in the process of restructuring or need it.

Sanofi’s chief executive officer Paul Hudson described a restructuring plan in December, which included backing away from the cardiovascular and diabetes markets.

Many investors and analysts feel Merck has undue reliance on its blockbuster checkpoint inhibitor Keytruda, even though it’s projected to be the bestselling drug in the near future. Still, shareholders would like to see what the company has in mind to expand beyond Keytruda, and M&A could fit the ticket.

Another company that is the center of intense acquisition speculation is Amarin, which markets a fish-oil derivative, Vascepa, to lower triglycerides and lipids. The company’s been the speculation of acquisition rumors for a while, but the recent acquisition of The Medicines Company by Novartis reignited the rumors. Potential buyers include Pfizer and Amgen, who have a vested interest in the cardiovascular disease space, although Gilead would be a possibility as well.

Porges noted, “These newly restructured diversified specialty biopharma companies require a constant stream of new products, technologies and development programs to maintain investor confidence in the durability of the growth outlook in their core franchises.”

One area that appears to be a big target of M&A is gene therapy companies. In late-December, Roche inked a deal with Sarepta Therapeutics for Sarepta’s SRP-9001, an investigational gene therapy for Duchenne muscular dystrophy (DMD), outside the U.S.

What would be surprising is if there WASN’T a surprise announcement at the conference. Stay tuned!