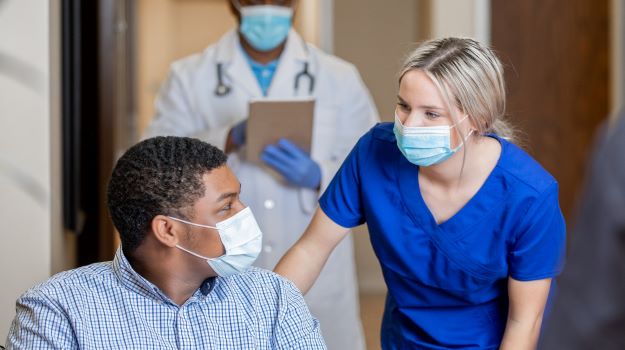 It was yet another busy week for clinical trial announcements. Take a look.

AstraZeneca reported high-level data from the TACKLE Phase III study of AZD7442 in non-hospitalized patients with mild-to-moderate symptomatic COVID-19. The therapy is a combination of two long-acting antibodies (LAABs), tixagevimab and cilgavimab. They are both derived from B-cells donated by convalescent COVID-19 patients. The study hit the primary endpoint, decreasing the risk of developing severe COVID-19 or death by 50% compared to placebo in outpatients who had been symptomatic for seven days or less. The cocktail was generally well tolerated.

Arcturus Therapeutics got the go-ahead from the Vietnam Ministry of Health to initiate a Phase IIIb trial part of the Phase I/II/III trial of ARCT-154 self-replicating RNA vaccine targeting the SARS-CoV-2 delta variant and other variants of concern. The ARCT-154 Phase IIIb dosing has started, and it expected to enroll about 20,000 participants with half receiving a two-dose regimen 28 days apart of ARCT-154.

APEIRON Biologics initiated the Phase I trial of APN01, an inhaled recombinant human angiotensin-converting enzyme 2 to treat COVID-19. The drug is being developed to neutralize SARS-CoV-2 in the lungs and mitigate lung damage caused by infection.

Sarepta Therapeutics released new analyses and functional data from its SRP-9001 development program and EMBARK Phase III trial for Duchenne muscular dystrophy. In development with Roche, the therapy is an investigational gene therapy that delivers a micro-dystrophin-encoding gene to muscle tissue for targeted production of the micro-dystrophin protein. The EMBARK data demonstrated a 3.0-point improvement from baseline on North Star Ambulatory Assessment (NSAA) six months after treatment.

4D Molecular Therapeutics announced interim safety and clinical activity data from the Phase I/II trial of intravitreal 4D-125 for advanced X-linked retinitis pigmentosa (XLRP). The data support the drug as being well tolerated with the potential to slow the progressive loss of photoreceptors in patients with XLRP after a single injection and to improve visual function.

Adverum Biotechnologies presented data from the INFINITY clinical trial of ADVM-022 in diabetic macular edema. The INFINITY trial was a masked study in diabetic patients with DME that compared two dose levels of ADVM-022 compared to a cohort with a single dose level of aflibercept. In early May 2021, the study was unmasked to address patient safety and enhanced clinical management after an unexpected serious adverse event. The company is planning clinical development of the drug at lower doses in wet age-related macular degeneration.

vTv Therapeutics announced positive results from a mechanistic study of TTP399 in type 1 diabetes patients. In the study, 23 people with type 1 diabetes using insulin pumps were randomized to receive the drug or a placebo once a day for about seven days. On the final day, an acute insulin withdrawal test was run by halting the insulin pumps and measuring levels of beta-hydroxybutyrate (BOHB) and other metabolic markers for up to 10 hours or until certain safety stopping criteria were met. The results from the trial suggested that TTP399 can lower blood glucose without increasing the risk of DKA.

Istari Oncology dosed the first patient in its Phase I/II LUMINOS-103 bladder cancer sub-study. It is testing PVSRIPO, its intratumoral viral immunotherapy, as a neoadjuvant therapy with or without PD-1 checkpoint inhibitors in adults with bladder cancer ineligible for chemotherapy.

Exscientia, the Medical University of Vienna and the CeMM Research Center for Molecular Medicine of the Austrian Academy of Sciences published final results from the EXALT-1 trial. This was a prospective trial to demonstrate the potential of a functional precision medicine platform, Escientia’s AI-supported platform, to help hemato-oncologists predict a patient’s response before deciding on a course of therapy.

Processa Pharmaceuticals got the greenlight from the FDA to proceed with a Phase IIa study of PCS12852 in moderate to severe gastroparesis. The drug is a novel, potent and highly selective 5-hydroxytryptamine 4 (5-HT4) receptor agonist.

Otonomy published positive data from its Phase I/II study of OTO-313 for tinnitus. OTO-313 is a sustained-exposure formulation of the potent and selective N-Methyl-D-Apartate (NMDA) receptor antagonist gacyclidine.

CRISPR Therapeutics provided updated data from its ongoing Phase I CARBON trial of CTX110, its allogeneic “off-the-shelf” CAR-T therapy for CD19+ B-cell cancers. The data is based on 26 of 30 patients who, as of August 26, 2021, a data cutoff date, had received the therapy with at least 28 days of follow-up. In the study, patients were first given a standard lymphodepletion regimen of fludarabine and cyclophosphamide. After three days they were infused with CTX110. In the analysis, 48% of patients responded to the therapy, and 38% had a complete response, meaning no detectable signs of cancer.

Genentech reported new long-term data from the Phase III OPERA I and II trials of Ocrevus for multiple sclerosis. The data demonstrated that Ocrevus led to a 35% decrease in risk of needing a walking aid in relapsing MS (RMS) patients after 7.5 years of use. Data also showed that changing from interferon beta-1a to Ocrevus at the start of the open-label extension (OLE) period was associated with a rapid and robust reduction in annualized relapse rate, which persisted through the 5.5-year OLE period.

Veru rolled the first patient in its Phase III ARTEST trial of enobosarm for AR+ER+HER2- metastatic breast cancer patients who had tumor progression after treatment with estrogen blocking agents and CDK4/6 inhibitors. The drug is an oral selective androgen receptor (AR) targeting agonist.

ORYZON Genomics presented final data from the Phase II SATEEN trial of vafidemstat in multiple sclerosis (MS). The trial was a pilot, small-scale trial not powered for conclusive efficacy data. As such, there was no statistically significant differences between groups in MRI, OCT or EDSS evaluations. Vafidemstat is an oral, CNS optimized LSD1 inhibitor.

Smart Immune received the go-ahead from the Memorial Sloan Kettering Cancer Center’s institutional review board to commence its Phase I/II trial of Smart-101 (ProTcell) for AML and the ALLTrial. ProTcells will be studied as allogeneic unengineered T-cell progenitor therapies in diseases requiring immediate immune reconstitution after HSCTs, and as engineered T-cell therapy where ProTcells would carry a chimeric antigen receptor (CAR).

Anavex Life Sciences reported that independent Data Safety Monitoring Board (DSMB) for its Phase IIb/III Alzheimer’s trial of ANAVEX 2-73 completed its pre-planned review of preliminary data. The board recommended they continue without modification. ANAVEX 2-73 activates the sigma-1 receptor (SIGMAR1), which is believed to restore complete housekeeping function within the body and help restore neural cell homeostasis and promote neuroplasticity.

Biogen announced new data from its MS portfolio, including additional data from the NOVA study on the efficacy of every six-week 300mg natalizumab IV administration, results from a comparative real-world evaluation of Tysabri (natalizumab) compared to Ocrevus (ocrelizumab) and outcomes on GI tolerability, persistence and adherence for Vumerity (diroximel fumarate).

Ultimovacs announced continuing positive topline data in its ongoing Phase I study of UV1, its universal cancer vaccine, in combination with Merck’s Keytruda (pembrolizumab) as first-line treatment in metastatic malignant melanoma. It had previously hit the primary endpoint of safety and tolerability and at 24 months of follow-up is still showing strong clinical response signals.

Homology Medicines announced the pheEDIT Phase I trial of HMI-103 for phenylketonuria (PKU). HMI-103 is a one-time, in vivo gene editing therapy.

TG Therapeutics presented additional analyses from two Phase III studies, ULTIMATE I and II, of ublituximab in relapsing multiple sclerosis (RMS). Ublituximab is a glycoengineered anti-CD20 monoclonal antibody. It was compared to teriflunomide. Both trials hit their primary endpoint, demonstrating a statistically significant decrease in annualized relapse rate over a 96-week period.

Seqirus published absolute efficacy data on its cell-based quadrivalent flu vaccine. It was effective and produced a sufficient immune response against influenza in children and adolescents greater than two and younger than 18 years of age over three influenza seasons in the Southern and Northern Hemispheres.

First Wave BioPharma dosed the first patient in its Phase IIb study of a topical formulation of niclosamide for ulcerative proctitis (UP) and ulcerative proctosigmoiditis (UPS). UP and UPS are two types of ulcerative colitis.

Rhythm Pharmaceuticals presented health related quality of life (HRQOL) data from post-hoc analyses of Phase III trial of setmelanotide in patients with POMC and LEPR deficiency obesity. The data supported the drug’s potential to deliver clinically meaningful weight loss and improvements in patient-reported hyperphagia, as well as HRQOL. Setmelanotide is marketed as Imcivree for obesity related to POMC, PCSK1 and LEPR deficiency.

Novartis announced data demonstrating the safety of Kesimpta (ofatumumab) over extended exposure of about 3.5 years in patients with relapsing MS. This was built on previous findings from the Phase III ASLEPIOS I and II studies.

AstraZeneca announced positive high-level data from the HIMALAYA Phase III trial of a single, high priming dose of tremelimumab plus Imfinzi (durvalumab) in patients with unresectable hepatocellular carcinoma (HCC), or liver cancer, who had not had previous systemic therapy and weren’t eligible for localized treatment. Tremelimumab is a human monoclonal antibody that targets cytotoxic T-lymphocyte-associated protein 4 (CTLA-4).

BrainStorm Cell Therapeutics presented findings from its Phase II trial of NurOwn in progressive multiple sclerosis. It was designed to evaluate intrathecal dosing of NurOwn (autologous MSC-NTF cells) in patients with progressive MS. The trial hit the primary endpoint of safety and tolerability, and reduced neuroinflammatory biomarkers as well as an increase in neuroprotective biomarkers in the cerebrospinal fluid (CSF). Consistent improvement in MS functional outcome measures were also observed.

EMD Serono, the Healthcare business sector of Merck KGaA, Darmstadt, Germany, provided data from a Phase II post-hoc analysis of its evobrutinib and its effects on brain lesions associated with chronic CNS inflammation in relapsing MS. Evobrutinib is a fully covalent Bruton’s tyrosine kinase inhibitor. The company indicates it was the first BTKi to demonstrate significant reductions in slowly expanding lesions (SEL), which are chronic, active, demyelinated MS lesions thought to be an early indicator of disease progression.