ICYMI: A Closer Look at News You Might Have Missed This Week 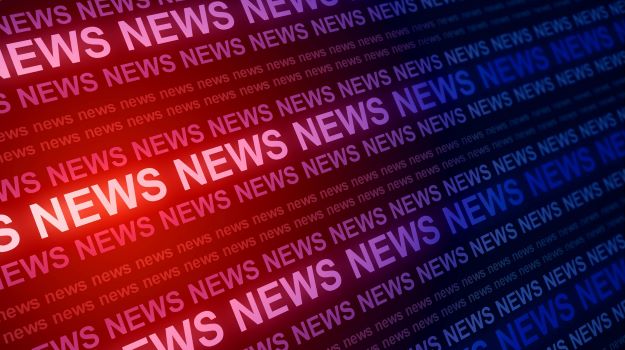 Read on to find out the latest about AbbVie, GBT, a small global biopharma company with a potentially monster drug, and impactful studies from the world of COVID-19 research.

AbbVie and its investors will have to practice the virtue of patience as the Food and Drug Administration (FDA) extended its review of upadacitinib, or Rinvoq, for the treatment of adults with active psoriatic arthritis.

The top U.S. regulator made the decision to extend the supplemental New Drug Application (sNDA) on Wednesday, requesting further information and an updated benefit-risk profile for this indication. AbbVie will have three months to compile the data, putting the new action date close to the end of Q2 2021.

Rinvoq, an oral, once-daily selective, and reversible JAK inhibitor being studied for the treatment of many immune-mediated inflammatory diseases was approved in 2019 for rheumatoid arthritis.

It is one of two medicines under development that AbbVie investors are betting on to allay the loss when patent protection for Crohn's disease drug, Humira, expires in 2023. Analysts believe that expanded authorization for Rinvoq would go a long way toward that goal.

"We remain confident in the sNDA and are committed to working with the FDA to bring upadacitinib to patients living with psoriatic arthritis and other immune-mediated diseases," said AbbVie vice chairman and president, Michael Severino, M.D.

AbbVie’s other long-term hopeful to replace the lost revenue from Humira is Skyrizi (risankizumab-rzaa), a treatment for moderate-to-severe plaque psoriasis.  AbbVie is teamed up on this one with Boehringer Ingelheim Pharmaceuticals, Inc., and leads the development and commercialization worldwide.

Apellis, the Little Biopharma that Could Transform PNH Treatment

Apellis Pharmaceuticals, a small clinical-stage biopharmaceutical company located in Watertown, Massachusetts, is hoping to leap headfirst into an uphill battle against Alexion Pharmaceuticals– soon to be AstraZeneca’s Soliris and successor, Ultomiris, with its C3 drug for rare paroxysmal nocturnal hemoglobinuria (PNH).

PNH is a rare, acquired life-threatening disorder that occurs when this out-of-control cascade leads to the destruction of red blood cells, blood clots, and impaired bone marrow function.

Systemic Pegcetacoplan (APL-2), which has a PDUFA date of May 14, targets complement proteins centrally at the level of the C3 protein and aims to regulate the uncontrolled or excessive complement cascade that manifests in debilitating diseases in hematology, ophthalmology, nephrology, and neurology.

Soliris (Eculizumab) is a first-in-class C5 complement inhibitor that reduces both the destruction of red blood cells and the need for blood transfusion in patients with PNH.

The study demonstrated the superiority of pegcetacoplan in improving hemoglobin levels, along with improvements in key clinical outcomes in adult PNH patients who suffered from persistent anemia after treatment with eculizumab.

The results published in the NEJM state that pegcetacoplan met the study’s primary endpoint for efficacy, demonstrating an advantage over eculizumab with a statistically significant improvement in adjusted means of 3.8 g/dL of hemoglobin at week 16 (p<0.001). An impressive 85% of patients were transfusion free at 16 weeks, in contrast to only 15% of eculizumab-treated patients.

Meaningful improvements in fatigue were also noted, all inspiring hope for an improved standard of care in PNH.

“The data published in the New England Journal of Medicine underscore the potential of pegcetacoplan to be a significant advancement for people living with PNH,” said Peter Hillmen, M.B., Ch.B., Ph.D., professor of experimental hematology at Leeds Teaching Hospitals NHS Trust and PEGASUS study author. “There is still a need for new treatments because many patients with PNH treated with C5 inhibitors today remain anemic, resulting in moderate to severe fatigue, with a proportion continuing to require transfusions.”

“The PEGASUS study results demonstrate that, if approved, pegcetacoplan has the potential to elevate the standard of care for PNH by providing more complete disease control. We are working to quickly bring this potential new treatment to PNH patients and to advance development of pegcetacoplan for many other serious, complement-driven diseases.”

Getting to The Heart of COVID-19 Fatalities

Further insight is beginning to emerge into COVID-19’s most lethal mechanisms of action. The latest? A study showing that three-quarters of people who died from the illness were found to have the SARS-CoV-2 virus in their hearts.

The study, published yesterday in Modern Pathology, in which scientists utilized in situ hybridization and NanoString transcriptomic profiling to study the hearts of 41 victims of the virus, revealed its existence in 30 of them.

Unlike the more common real-time polymerase chain reaction (RT-PCR), this approach does not have to make DNA copies first and can identify viral RNA even after it is broken down into smaller pieces. The team also analyzed about 1,000 pieces of heart tissue, which James Stone, a cardiovascular pathologist at Massachusetts General Hospital and contributing scientist, stated is double the amount of most studies.

Stone explained that chemicals used in RT-PCR can break down the RNA, leaving the virus undetectable in tissues.

Despite the intensive study, it is still unclear whether the damage was inflicted by a direct attack on the heart, as most of the cardiac cells affected were immune cells, allowing for the possibility that SARS-CoV-2 could have traveled from another part of the body.

Still, it could help to paint a picture of why the steroid, dexamethasone, is so effective in some patients and thus bring more clarity to the treatment landscape. Stone said that the virus was only found in 50% of patients who were treated with the drug as opposed to 90% who did not enjoy its potential anti-inflammatory benefits.

Could an Old Leprosy Drug Provide New Hope in COVID-19?

An international alliance of scientists is gung-ho on the potential of repurposing leprosy mainstay, clofazimine, as a treatment for COVID-19.

The researchers, from Sanford Burnham Prebys Medical Discovery Institute and the University of Hong Kong published results from a study in Nature on Tuesday showing that clofazimine significantly reduced viral load and shedding in hamsters infected with the SARS-CoV-2 virus.

Clofazimine was also shown to have a synergistic effect when used in combination with Gilead Sciences’ remdesivir, which is currently FDA approved for hospitalized COVID-19 patients.

Adding to its potential in the global fight against COVID-19, Clofazimine, which is included in the World Health Organization’s List of Essential Medicines, is also attractively affordable.

“Clofazimine is an ideal candidate for a COVID-19 treatment. It is safe, affordable, easy to make, taken as a pill, and can be made globally available,” said study co-senior author, Professor Sumit Chandra, Ph.D., director of the immunity and pathogenesis program at Sanford Burnham Prebys. “We hope to test clofazimine in a Phase II clinical trial as soon as possible for people who test positive for COVID-19 but are not hospitalized.

Global Blood Therapeutics (GBT), born in 2011 with the goal of transforming the treatment and care of sickle cell disease, announced Tuesday that it has added two novel small molecules from Sanofi S.A. to its pipeline.

Under the agreement, GBT will hold worldwide in-license rights to the two early-stage research programs, one which is aiming for a novel anti-sickling mechanism, while the other takes a new approach to reduce inflammation and oxidative stress. The two programs are the brainchildren of Sanofi’s Bioverativ subsidiary.

GBT hopes that the mechanisms, while distinct, may complement its Oxbryta® (voxelotor) tablets which are designed to block sickle hemoglobin polymerization, the root cause of sickle cell disease, and won accelerated approval in 2019.

“We envision a future in which sickle cell disease is a well-managed condition with the potential for a functional cure in the form of patient-friendly oral therapies. As we work toward this vision and our goal to transform the treatment and care of people living with this devastating disease, we are advancing our robust internal research programs with disease-modifying potential while continually exploring partnership opportunities across a variety of mechanisms,” said Jung E. Choi, chief business and strategy officer of GBT. “These novel discovery programs represent promising approaches that we believe may have the potential to lead to meaningful improvements for patients.”