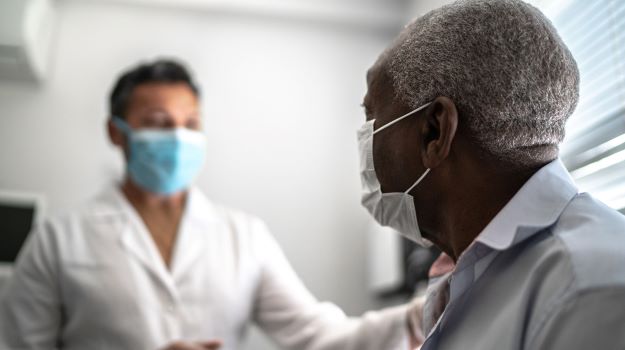 It was a relatively quiet week in terms of clinical trial news, but there were some significant releases. Here’s a look.

Molecular Partners and Novartis announced that ensovibep will be included in a Phase III trial as part of the NIH’s Accelerating COVID-19 Therapeutic Interventions and Vaccines (ACTIV) program. Ensovibep is a DARPin therapeutic candidate that binds to the receptor-binding domain (RBD) of the SARS-CoV-2 spike protein at three distinct locations.

Medicago and GlaxoSmithKline initiated Phase III testing of Medicago’s plant-derived COVID-19 vaccine candidate with GSK’s pandemic adjuvant, as part of the ongoing Phase II/III study. The plant-derived vaccine candidate uses Coronavirus-Like-Particle (CoVLP) technology with the vaccine made up of recombinant spike glycoprotein expressed as VLPs co-administered with the adjuvant.

Sanofi and Regeneron Pharmaceuticals’ checkpoint inhibitor Libtayo (cemiplimab) performed so well in the companies’ Phase III clinical trial in cervical cancer that the Independent Data Monitoring Committee (IDMC) recommended the trial be halted early. The study evaluated Libtayo, a PD-1 inhibitor, alone compared to chemotherapy in patients previously treated with chemotherapy whose cervical cancer is recurrent or metastatic. Patients received either Libtayo or an investigator’s choice of commonly used chemotherapy, pemetrexed, vinorelbine, topotecan, irinotecan or gemcitabine. Compared to patients receiving chemotherapy, the Libtayo patients demonstrated a 31% reduced risk of death, and a median 12 months survival compared to 8.5 months for chemotherapy.

Newron Pharmaceuticals inked a deal with Zambon to evaluate the efficacy of safinamide in Parkinson’s disease patients with levodopa induced dyskinesia in a potentially pivotal study. Safinamide has already been approved for the treatment of Parkinson’s as add-on therapy to levodopa/carbidopa experiencing “off” episodes.

bluebird bio announced new data from its Phase II/III Starbeam trial and long-term follow-up study LTF-304 and safety outcomes from the Phase III ALD-104 study. All evaluated elivaldogene autotemcel (eli-cel, Lenti-D) gene therapy in patients with cerebral adrenoleukodystrophy. The results showed that at 24 months of follow-up, 90% of patients were alive and free of major functional disabilities.

Genentech announced new exploratory 2-year longer-term data from Part 2 of SUNFISH, its study of Evrysdi (risdiplam) in people aged 2-25 years with Type 2 or non-ambulant Type 3 spinal muscular atrophy (SMA). The data suggests that gains in motor function with the drug at month 12 continued to improve or were maintained at month 24 across primary and secondary endpoint measures.

AllerPops signed a contract with Dicentra to perform a clinical trial on AllerPops. The Phase II trial will study the effectiveness and safety of a Natural Health Product, AllerPops. The prebiotic lollipops will be administered for 14 days to adult volunteers with seasonal/year-long allergies to measure a reduction in nasal symptoms.

PEP-Therapy and Institute Curie received approval for the first Phase I clinical trial of PEP-Therapy’s PEP-010. PEP-010 is a first-in-class therapeutic peptide which has demonstrated anti-tumor efficacy in preclinical studies. The molecules penetrate cells and block relevant intracellular protein-protein interactions.

Eli Lilly announced that mirikizumab hit the primary and all secondary endpoints in LUCENT-1, its Phase III study of the drug in moderate to severe ulcerative colitis. Mirikizumab is a humanized IgG4 monoclonal antibody that binds to the p19 subunit of interleukin 23.

Versantis announced positive results from its Phase Ib trial of VS-01 in decompensated liver cirrhosis, showing it was both safe and well-tolerated. VS-01 enhances the clearance of ammonia and other toxins from the body.

Gilead Sciences and Novo Nordisk have expanded their existing clinical partnership in non-alcoholic steatohepatitis (NASH). The two companies plan to run a Phase IIb trial to evaluate Novo Nordisk’s semaglutide, a GLP-1 receptor agonist, and a fixed-dose combination of Gilead’s FXR agonist cilofexor and investigational ACC inhibitor firsocostat, alone and in combination in patients with compensated cirrhosis (F4) from NASH. It will evaluate about 440 patients and the treatments’ effect on liver fibrosis improvement and NASH resolution. It’s expected to begin recruiting in the second half of this year. Semaglutide is the active ingredient in Ozempic, Novo Nordisk’s weekly injection and its daily pill Rybelsus, both used to treat type 2 diabetes.

Apellis Pharmaceuticals and Swedish Orphan Biovitrum (SOBI) published results from the Phase III PEGASUS study, demonstrating the superiority of pegcetacoplan in improving hemoglobin levels and improvements in key clinical outcomes compared to eculizumab in adults with paroxysmal nocturnal hemoglobinuria (PNH) at 16 weeks who had persistent anemia after treatment with eculizumab. Pegcetacoplan is a targeted C3 therapy. Eculizumab is a C5 inhibitor.

Carisma Therapeutics dosed the first patient in its Phase I trial of CT-0508. The drug is a human epidermal growth factor receptor 2 (HER2) targeted chimeric antigen receptor macrophage (CAR-M). It is being developed for solid tumors.

Merck and Eisai announced that their combination of Merck’s checkpoint inhibitor Keytruda and Eisai’s Lenvima, a tyrosine kinase inhibitor, significantly improved progression-free survival in advanced endometrial cancer. Specifically, the Phase III KEYNOTE-775/Study 309 trial, which evaluated Keytruda and Lenvima in patients with advanced, metastatic or recurrent endometrial cancer after one previous platinum-based regimen in any setting. The trial hit the dual primary endpoints of PFS and OS as well as the secondary efficacy endpoint of objective response rate (ORR). KEYNOTE-775/Study 309 is a confirmatory clinical trial for KEYNOTE-146/Study 111. KEYNOTE-147/Study111 was the trial that supported the accelerated approval by the U.S. Food and Drug Administration (FDA) of Keytruda plus Lenvima in 2019 for patients with advanced endometrial carcinoma that is not MSI-H or mismatch repair deficient (dMMR), who have disease progression following prior systemic therapy and are not candidates for curative surgery or radiation.