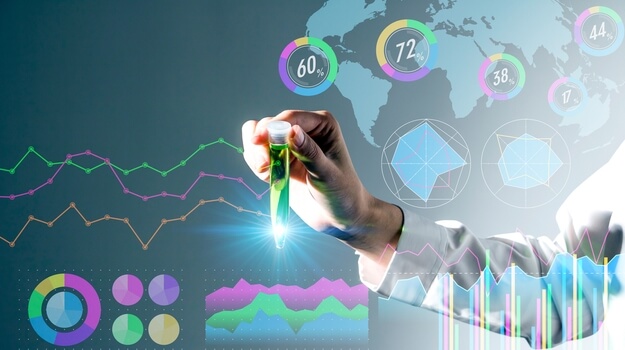 It was a busy week for clinical trial updates. Here’s a look.

Evelo Biosciences’ EDP1815 is moving into the Phase II/III TACTIC-E COVID-19 clinical trial. It will evaluate the safety and efficacy of specific experimental therapies to prevent and treat life-threatening complications associated with the disease in hospitalized patients at early stages of the disease. EDP1815 has broad anti-inflammatory effects and will be tested with standard of care; with a combination of ambrisentan and dapagliflozin and standard of care; and standard of care alone as a control.

Gilead Sciences announced it had received FDA approval to move forward with clinical trials of an inhaled version of remdesivir, its antiviral drug against COVID-19. The company expects to begin screening healthy volunteers for the Phase I trials this week and begin the studies in August.

Ridgeback Biotherapeutics launched two Phase II trials of EIDD-2801 as an anti-viral treatment for COVID-19. EID-2801 is an investigational, orally-bioavailable form of a potent ribonucleoside analog that inhibits the replication of multiple RNA viruses, including SARS-CoV-2.

Abivax received approval in Brazil, which was already approved in France and Germany, to initiate the miR-AGE trial, to evaluate ABX464 in COVID-19 patients. ABX464 is in development for severe inflammatory diseases.

NeuroRx in partnership with Relief Therapeutics, was awarded FDA Fast Track designation to NeuroRx for investigation of RLF-100 (Aviptadil) for acute lung injury/acute respiratory distress syndrome associated with COVID-19. RLF-100 is a synthetic form of human Vasoactive Intestinal Peptide (VIP) that decreases inflammation in the lungs and protects the alveolar type II cells believed to be how the SARS-CoV-2 virus enters the lungs.

ZIOPHARM Oncology completed enrollment of its Phase II trial of Ad-RTS-hIL-12 with veledimex in combination with Regeneron’s checkpoint inhibitor Libtayo (cemiplimab-rwlc) for recurrent or progressive glioblastoma (rGBM) in adults. Ziopharm’s Controlled IL-12 platform is a gene therapy to induce and control the production of human interleukin 12 (hIL-12), a master regulatory of the immune system.

Altimmune received FDA clearance to launch a Phase II trial of HepTcell, a peptide-based immunotherapeutic for chronic hepatitis B. It is also filing trial applications in Canada, Spain, Germany and the UK. It expects to initiate a multinational trial in the fourth quarter of this year, subject to an assessment of the COVID-19 pandemic.

Merck’s pneumonia vaccine, V114, hit its primary endpoints in two Phase III trial, including one with adult HIV patients. V114 is an investigational 15-valent pneumococcal conjugate vaccine. The PNEU-WAY trial evaluated the vaccine in adults with HIV, as well as the PNEU-FLU program.

Myovant announced topline results from SPIRIT 1, the second Phase III trial of once-daily relugolix combination therapy in women with pain linked with endometriosis. The drug combination met its co-primary efficacy endpoints as well as all seven key secondary endpoints. Relugolix is a once-daily, oral gonadotropin-releasing hormone (GnRH) receptor antagonist. It decreases production of ovarian estradiol, a hormone that can stimulate the growth of uterine fibroids and endometriosis, as well as testicular testosterone. The combination therapy is 40 mg of relugolix plus 1.0 mg estradiol and 0.5 mg norethindrone acetate.

Karuna Therapeutics plans to initiate the Phase III trial of KarXT for acute psychosis in schizophrenia patients by the end of 2020 after completing End-of-Phase II meetings with the FDA. In the Phase II trial, the drug demonstrated robust efficacy on primary and key secondary outcome measures.

Linnaeus Therapeutics entered a deal with Merck to evaluate its lead drug candidate LNS8801 with Merck’s checkpoint inhibitor Keytruda (pembrolizumab) in patients with selected advanced solid tumors. LNS8801 is a first-in-class, oral small molecule that targets the G-protein estrogen receptor (GPER), which is widely expressed in cancers. Linnaeus will run a Phase II trial in patients who had previously responded to anti-PD-1 therapy and have since progressed.

Oppilan Pharma announced positive topline data from its Phase I trial of OPL-002. The drug is an oral, once-daily sphingosine 1-phosphate (S1P) receptor modulator being developed for ulcerative colitis. A Phase II trial is expected to launch in the fourth quarter.

Seelos Therapeutics announced final safety data from its Phase I trial of SLS-002 for for acute suicidal ideation and behavior (ASIB) in patients with Major Depressive Disorder (MDD). It also announced the proof-of-concept trial will begin in the fall 2020. SLS-002 is intranasal racemic ketamine.

Biohaven Pharma announced results from its Phase II/III program of troriluzole as adjunctive therapy in patients with obsessive-compulsive disorder. Although there was consistent numerical improvement over placebo, it did not meet the primary outcome measures at week 12. Nonetheless, the company plans to advance the drug to a full Phase III program with a larger sample size and a higher-dose arm.

Indivior announced new data from the two-year analysis of the 24-month real-world observational RECOVER study of long-term recovery in people with moderate to severe opioid use disorder (OUD) after transitioning from two Phase III trials of Sublocade (buprenorphine extended-release) injection to subcutaneous use into a real-world setting. Of the 533 patients enrolled, 74% completed the 24-month assessment, and 44% self-reported sustained illicit opioid-free weeks for the entire 24-month period.

Aduro Biotech dosed the first patient with IgA nephropathy in its Phase I trial of BION-1301. The drug is an investigational humanized IgG4 monoclonal antibody that blocks APRIL binding to both the BCMA and TACI receptors.

MediGene AG received approval from the Dutch regulatory authority to begin a clinical trial of MDG1021. MDG1021 targets the antigen HA-1. The trial will study the drug in patients with relapsed or persistent blood cancers after allogeneic hematopoietic stem cell transplantation.

InspireMD announced early results from the SIBERIA randomized trial of CGuard EPS for the prevention of stroke caused by carotid artery disease treatment. The trial evaluated 100 patients with primary endpoints of incidence and volume of new cerebral embolic post-procedural lesions. The CGuard arm demonstrated a 78% reduction in the average volume of new cerebral lesions.

GeNeuro announced the inclusion of the first patient in its Phase II trial of temelimab in multiple sclerosis at the Karolinska Institute’s Academic Specialist Center in Stockholm, Sweden. Temelimab is a monoclonal antibody designed to neutralize a pathogenic retroviral envelope protein, pHERV-W Env, and seems to have a neuroprotective effect in MS patients.