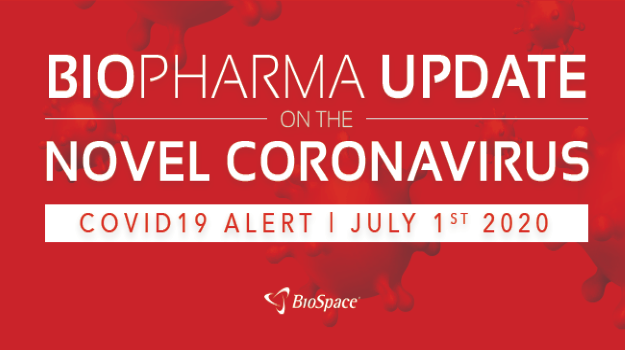 News information is not all-inclusive and updates will now be published on Mondays, Wednesdays and Fridays.

Warning Letter: The FDA, along with the FTC issued a warning letter to SuperHealthGuard and Loyal Great International, Ltd., to stop selling online unapproved fraudulent COVID-19 products to customers in the United States.

EUAs for COVID-19 Molecular Diagnostic Tests: The FDA issued EUAs for the following:

While the U.S. and the world have largely fast-tracked efforts to develop a vaccine against COVID-19, experts in the field of immunology and virology have expressed concerns about the speed with which those efforts are moving. The U.S. Food and Drug Administration (FDA) issued guidelines on Tuesday for where it will set the bar for approval of a vaccine, and that bar may not be as high as many would like.

Could Interferons Be A Potent Weapon Against COVID-19? In an interview with BioSpace, Ahmad Doroudian, chief executive officer of BetterLife Pharma, noted that the virus creates a number of problems in the body, but chief among the weapons the bug wields that makes it so successful is its ability to suppress interferon production in the lungs.

Pfizer and BioNTech announced preliminary data from their most advanced vaccine candidates in the BNT162 mRNA-based vaccine program for COVID-19. The preliminary data shows that BNT162b1 could be administered in a dose that is well tolerated. “These preliminary data are encouraging in that they provide an initial signal that BNT162b1 targeting the RBD SARS-CoV-2 is able to produce neutralizing antibody responses in humans at or above the levels observed in convalescent sera – and that it does so at relatively low dose levels. We look forward to providing further data updates on BNT162b1,” said Ugur Sahin, M.D., CEO and Co-founder of BioNTech.

Inovio Pharmaceuticals released interim Phase I clinical data for INO-4800, its COVID-19 vaccine candidate. Although INO-4800 was said to be generally safe and well-tolerated, participants experienced redness on the skin at the site of injection. 94% of participants showed an immune response six weeks after receiving the vaccine. The company plans to initiate a Phase II/III efficacy trial this summer pending regulatory approval.

myNEO, a biotech startup, announced it has identified promising COVID-19 peptides. The peptides will undergo further preclinical testing in partnership with a Europen biotech company and the goal is to enter into human clinical trials in early 2021.

Aligos Therapeutics and KU Leuven announced they have entered into a collaboration and license agreement to develop a coronavirus protease inhibitor as a potential therapeutic candidate to address the COVID-19 pandemic.

Sherlock Biosciences and binx health entered into a strategic partnership to develop a rapid, point-of-care diagnostic test for COVID-19. The assay will leverage CRISPR gene editing.

Researchers have been analyzing and tracking the novel coronavirus, SARS-CoV-2, since it first appeared in China in January. Researchers at The Scripps Research Institute have found that the strains spreading so quickly in Europe and the U.S. have a mutated S “spike” protein that makes it about 10 times more infectious than the strain that originally was identified in Asia.

Another pandemic may be building in China. This time, it’s a new strain of the H1N1 swine flu and it’s already jumped to humans. It was reported by 23 Chinese researchers in a June 29 paper in the Proceedings of the National Academy of Sciences (PNAS).