A New H1N1 Strain From China May Trigger Another Pandemic 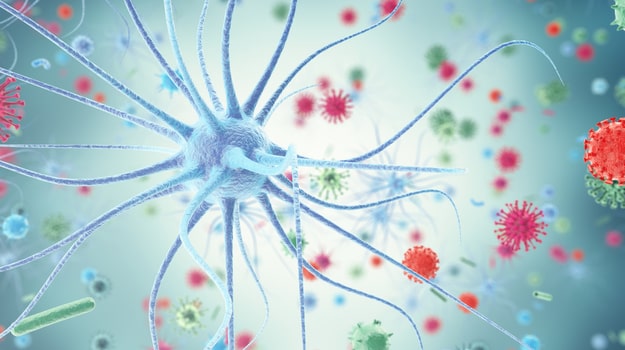 Another pandemic may be building in China. This time, it’s a new strain of the H1N1 swine flu and it’s already jumped to humans. It was reported by 23 Chinese researchers in a June 29 paper in the Proceedings of the National Academy of Sciences (PNAS).

As of yet, human-to-human transmission has not occurred.

“Even if a pandemic ensues, it won’t be like the COVID-19 experience. We have good drugs for flu – Oxivir® and Tamiflu®, both by Roche – and they should work on this new virus,” according to Sumit Chanda, Ph.D., director of the immunity and pathogenesis program at Sanford Burnham Prebys Medical Discovery Institute, a leading nonprofit drug discovery center.

The new strain, G4 EA H1N1, emerged on China’s pig farms, and the researchers said it has all the hallmarks of a pandemic virus. Specifically, this is “a recently emerged genotype 4 (G4) reassortant Eurasian avian-like (EA) H1N1 virus which bears 2009 pandemic (pdm/09) and triple-reassortant (TR)-derived internal genes,” the authors wrote in the PNAS paper.

The G4 viruses have become predominant in swine populations in China since 2016. That determination is based on the analysis of 29,918 nasal swabs collected from slaughtered pigs and 1,016 nasal swabs or lung tissues from pigs showing signs of illness, and from its transmission to humans. The results were compared to the genetic sequences of 77 H1N1 variants.

From there, researchers studied transmission to humans. “Swine workers show elevated seroprevalence for G4 virus,” the researchers reported, when compared to the general population. Serological surveillance of 338 people in 10 Chinese provinces who worked with swine between January 2011 and April 2018 showed that 10.4% tested positive for the G4 EA H1H1 virus. Among workers between ages 18 and 35, the infection rate was nearly double, at 20.5%.

Like the H1N1 virus from the 2009 pandemic, “G4 viruses bind to human-type receptors, produce much higher progeny virus in human epithelial cells and show efficient infectivity and aerosol transmission in ferrets,” the Chinese researchers noted. This level of infectivity makes it much more likely that the virus will continue to adapt in humans and potentially create a pandemic. Unfortunately, they noted, “Preexisting population immunity does not provide protection against G4 viruses.”

The good news is that “it isn’t worth sounding a global alarm right now,” Chandra told BioSpace. “The virus has shown it can jump from pigs to humans, but we haven’t seen human-to-human transmission. That’s the other piece you need for something to become a pandemic.

“Anytime you have a strain of influenza or coronavirus infecting people, you should be concerned, but we have much better surveillance of flu than for coronavirus.” He recommended continued surveillance, “especially for people working in the swine industry.” He also recommended developing a vaccine for this new virus. “

Although the H1N1 virus created a pandemic in 2009, there is no natural immunity to this new virus.

“The hemagglutinin (HA) protein on the virus drives immunity. Coronavirus can be envisioned as one long strand of RNA, but influenza has eight different strands of RNA pieces,” Chanda explained. “Sometimes, when a cell is infected with multiple viruses, some of the genetic material swaps” among those strands. That process, called reassortment, creates a hybrid virus. “In certain circumstances, reassortment can make the virus more transmissible to humans.”

The degree of transmissibility, even among animals, remains to be seen. The Chinese scientists studied G4 EA H1N1 in animal-to-animal transmission using a ferret model and found that it could, indeed, be transmitted among animals in a lab. “We haven’t seen sustained transmission, however,” Chandra said, “and we haven’t seen human-to-human transmission. It’s hard to tell whether human-to-human transmission is one mutation away, or ten. Therefore, it’s important to keep an eye on the virus and the workers, and to stock therapeutics and vaccines.”

“Most pandemics are the result of zoonotic transmissions,” Chandra noted, citing the avian flu (H5N1), swine flu (H1N1) and COVID-19, which appears to have been transmitted from bats through pangolin to humans.

H1N1 is one of several type A influenza strains that is endemic in pigs. In herds, it causes illnesses but rarely causes death, according to the Centers for Disease Control and Prevention (CDC). As with humans, outbreaks are more likely in the late fall and winter.

Because pigs are intermediate hosts for pandemic influenza virus, they form a sort of early warning system. Thus, systematic surveillance of influenza viruses in pigs is a key measure for predicting the emergence of the next pandemic influenza. “Controlling the prevailing G4 EA H1N1 viruses in pigs and closely monitoring human populations, especially the workers in swine industry, should be urgently implemented,” the Chinese researchers said.