Could Interferons Be A Potent Weapon Against COVID-19? 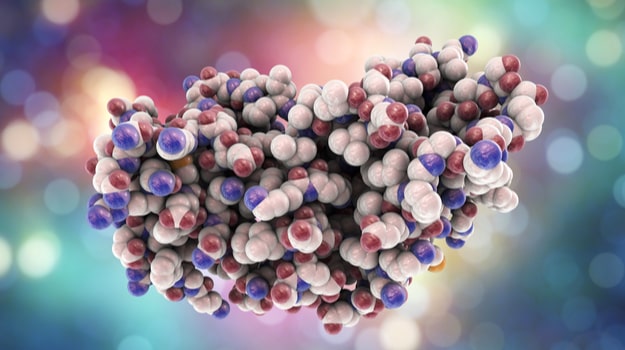 The novel coronavirus that causes COVID-19 has infected more than 8.5 million people across the globe and has created an all-hands-on-deck response from the pharmaceutical industry, a necessary response to defeat what Ahmad Doroudian, chief executive officer of Canada-based BetterLife Pharma, calls a “truly evil virus.”

In an interview with BioSpace, Doroudian noted that the virus creates a number of problems in the body, but chief among the weapons the bug wields that makes it so successful is its ability to suppress interferon production in the lungs. Interferons are proteins produced by the body to fight viral infections by inhibiting its replication in the body. To that end, Doroudian’s team is focused on developing an interferon agent that can help fight the disease. The company is developing a novel inhalation formulation of INFa2b called AP-003, which would be administered to patients through a nebulizer. The interferon therapy would be used to lower the overall hospitalization rate, minimize long term tissue damage to the lung, heart, kidney and brain and curb the number of deaths by reducing the severity of the disease.

Immunologist Eleanor Fish, senior researcher for the Toronto General Hospital Research Institute and a recent member of the BetterLife Therapeutics Scientific Advisory Board, told BioSpace that treatment with interferons should be a first-line of defense against viral pandemics. Interferons, she said, have been approved for many years and suggested they should be repurposed for severe acute virus infections such as COVID-19. In fact, Fish led research on some COVID-19 patients in Wuhan, China with mild to moderate infections who were treated with interferons. Although it was a small study, Fish said the patients treated with the interferon medication had an accelerated clearance of virus in their upper airways and a reduced inflammatory response – within 72 hours of treatment.

We are looking at viruses that have evolved to block interferon response, so it makes sense to come in and override that block,” Fish said.

While interferon medications have been around for some time, Fish acknowledged there is something of a bias against them due to side effects from longer-term use. She said the drugs were often used to treat chronic infections, but really should be used for acute infections.

“The only way to get around the bias is to do controlled clinical trials,” she said.

And that’s where BetterLife comes in. The BetterLife subsidiary is in the midst of acquiring another company founded by Doroudian that has the type of interferon drug that could provide a potent tool against COVID-19. BetterLife has been in the process of acquiring Altum, which has a long history with interferons, particularly as a topical agent against the human papillomavirus. Fish’s study in Wuhan convinced them to take an aim at COVID-19.

Doroudian said they are in the midst of securing clearance to initiate a Phase II study of AP-003 against COVID-19. If all goes well, a small study could begin in Australia this summer, with a larger study in the U.S. and Canada later this year (since the interview, the Australia study has been cancelled and the Canada study has been moved up to before summer's end). Even though numerous companies are aiming their pipelines at COVID-19, Doroudian said he believes there will be room for BetterLife’s product should it pass through regulatory hurdles.

“It’s not going to be the one drug to defeat this, but part of an arsenal that will help people,” Doroudian said. “We really believe that modulating the immune system is one of the critical ways to fight this thing and other pandemics.”

In addition to preparing for a clinical program for AP-003, Doroudian added that the company has been busy bolstering its manufacturing in order to meet the demands of the trial, and potential commercialization. Beyond COVID-19, Doroudian said interferon treatments can play an important role in a number of viral pandemics, such as Ebola or SARS. The work in HPV will continue as well, although like so many other clinical programs, that was delayed due to COVID-19.