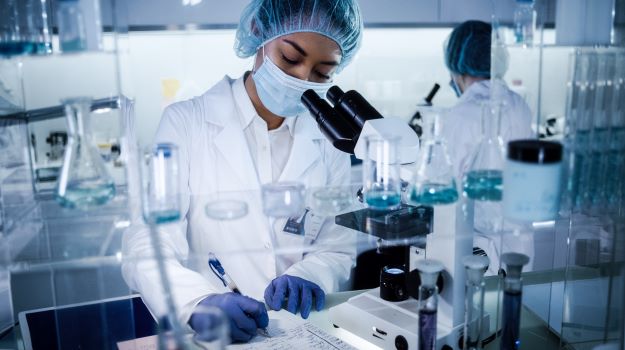 The biopharma industry has started 2022 with plenty of clinical trial news. Here’s a look.

Celltrion Group announced Phase I results from its antibody cocktail of Regkirona and CT-P63. One Phase I study tested CT-P63 in 24 healthy participants in Poland. The trial hit the primary objective of safety and tolerability. It also demonstrated strong neutralizing activity against the Omicron variant. CT-P63 is a monoclonal antibody that targets the SARS-CoV-2 spike receptor binding domain (RBD) and comes in a nebulized formulation. A second drug being investigated is CT-P59 (regdanvimab), which in studies has been shown to strongly bind to RBD and neutralize the wild type and mutant variations of concern. And in in vivo models, it has effectively decreased the viral load of SARS-COV-2 and lung inflammation. Regkirona is given intravenously.

Gritstone bio announced positive Phase I data from the first cohort of its CORAL-BOOST study. The study is evaluating a 10-microgram dose of CORAL self-amplifying mRNA vaccine. The vaccine provided strong neutralizing antibody responses to the virus’s spike protein and robust CD8+ T cell responses. CORAL-BOOST is one of four clinical trials in Gritstone’s CORAL program, which is evaluating use of the vaccine as a booster shot in people who received two doses of AstraZeneca and Oxford University’s first-generation COVID-19 vaccine, Vaxzevria.

ARCH Biopartners reported the Research Ethics Board at the Sunnybrook Research Institute had approved the amendment to the CATCO protocol to include LSALT Peptide (LSALT and “Metablok”) in a new arm of the CATCO human trial. CATCO will request approval from Health Canada before beginning dosing in the new arm of the trial for COVID-19. CATCO is a study being run in up to 55 hospitals across Canada to find new treatments for people with complications caused by COVID-19.

Intravacc and Dutch Leiden University Medical Center announced a partnership for a Phase I/II trial of a new vaccine, NANOVAC, a broad coronavirus vaccine that could be effective for COVID-19, SARS, MERS and other beta coronaviruses. NANOVAC is based on minuscule soluble nano-spheres that contain synthetic mini proteins, offering broad protection in both arms of the immune system.

Clover Biopharmaceuticals dosed the first participants in its ongoing Phase II/III SPECTRA trial of SCB-2019, its COVID-19 vaccine candidate, as a homologous booster dose after primary vaccination of SCB-2019. The company reported final efficacy data for the vaccine in SPECTRA in September 2021.

Daxor Corporation completed patient enrollment and data analysis is underway for its observational prospective study of BVA-100 in hospitalized COVID-19 patients. BVA-100 is a Blood Volume Analyzer that measures capillary permeability via an albumin tracer.

First Wave BioPharma completed enrollment for Part 2 of the RESERVOIR Phase II trial of FW-COV as an outpatient treatment for COVID-19-related GI infections. FW-COV is a proprietary, oral, tablet formulation of micronized niclosamide.

Spero Therapeutics announced the FDA had lifted a clinical hold on the Phase IIa trial of SPR720. The drug is an oral antimicrobial agent being studied in patients with nontuberculous mycobacterial pulmonary disease (NTM-PD). SPR720 is from a novel class of antibacterial agents. They target enzymes required for bacterial DNA replication.

Achieve Life Sciences announced the last study follow-up visit for the last participant enrolled in the ORCA-2 Phase III trial of cytisinicline for smoking cessation. Cytisinicline is a plant-based alkaloid with high binding affinity to the nicotinic acetylcholine receptor.

Vaccinex reported positive interim safety data from the Phase Ib segment of the KEYNOTE B84 combination trial of Merck’s Keytruda (pembrolizumab) and Vaccinex’s pepinemab in advanced, recurrent or metastatic head and neck squamous cell carcinoma. They now expect to start enrollment for the Phase II segment. Pepinemab is a humanized IgG4 monoclonal antibody that inhibits SEMA4D. Keytruda is a PD-L1 checkpoint inhibitor.

Alladapt Immunotherapeutics completed patient enrollment in the Phase I/II HARMONY trial of ADP101 for food allergy. ADP101 is a potentially best-in-class oral immunotherapy designed to desensitize patients allergic to one or multiple foods.

Viridian Therapeutics submitted an IND to the FDA for VRDN-002 for the treatment of thyroid eye disease. The drug is a humanized monoclonal antibody with half-life extension technology.

COMPASS Pathways published results from a Phase I trial of COMP360 psilocybin, which is being developed for treatment-resistant depression. The drug is a proprietary formulation of synthetic psilocybin.

ProQR Therapeutics announced the last patient completed the last visit (Month 12) in the Phase II/III Illuminate trial of sepofarsen for CEP290-mediated Leber Congenital Amaurosis 10 due to the p.Cys998X mutation. The drug is a first-in-class RNA therapy, designed to enable normal splicing resulting in restoration of normal CEP290 mRNA and subsequent production of functional CEP290 protein.

The Wistar Institute and Stanford University School of Medicine initiated a Phase II trial of VK-2019 in patients with advanced Epstein-Barr Virus (EBV)-positive nasopharyngeal carcinoma (NPC) and lymphoma. VK-2019 is an oral, small molecule inhibitor of the latent form of EBV.

Hepion Pharmaceuticals presented data from the Phase II AMBITION trial of CRV431 in nonalcoholic steatohepatitis (NASH). The drug is a potent inhibitor of cyclophilins.

Oncotelic Therapeutics initiated a Phase I study of CA4P in combination with Merck’s anti-PD-1 checkpoint inhibitor Keytruda (pembrolizumab) for melanoma. CA4P is a vascular disrupting agent.

Longeveron initiated a Phase IIa trial of Lomecel-B for Alzheimer’s disease. The first patient has agreed to the trial and patient screening has begun. Lomecel-B is a cell-based therapy derived from culture-expanded medicinal signaling cells (MSCs) sourced from bone marrow of young, healthy adult donors.

Annexon announced interim data from its ongoing Phase II trial of ANX005 in Huntington’s disease. ANX005 is a monoclonal antibody that blocks C1q and the entire classical complement pathway. Interim data demonstrated the drug was generally well-tolerated with full target engagement of C1q in both serum and CSF.

IN8bio provided an update on its ongoing Phase I trial of INB-200 in patients newly diagnosed with glioblastoma multiforme (GBM). Cohort 1 accrual and treatment is complete with three patients receiving a single dose of DeltEx DRI via intracranial infusion concurrent with maintenance TMZ administration. INB-200 is an autologous DeltEx drug resistant immunotherapy made up of gamma-delta T cells genetically engineered to be chemotherapy resistant.

23andMe dosed the first patient in a Phase I trial of 23ME-00610 for advanced solid tumors. 23ME-00610 is the company’s first wholly-owned immuno-oncology antibody identified via its proprietary genetic and health survey database.

Aligos Therapeutics has halted further development of its STOPS drug candidate, ALG-010133 being developed in a Phase I trial for chronic hepatitis B. They have halted it because emerging data show that at the projected efficacious dose of 400 mg there is no meaningful HBsAg reduction.

Avita Medical completed enrollment in its pivotal trial for RECELL System for soft-tissue reconstruction. It is currently indicated in the U.S. for acute thermal burns. They expect topline data later this year.

Deinove announced the independent Data Safety Monitoring Board (DSMB) completed its review of the data from the first part of the Phase II trial of DNV3837 for Clostridioides difficile infection (CDI). They recommended continuing recruitment. DNV3837 is an IV antibiotic that converts to its active form DNV3681 and crosses the GI barrier and accumulates in the intestinal lumen.