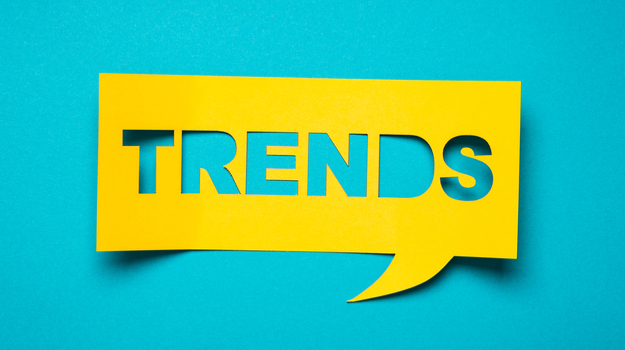 Recently, BioSpace posted a question on its website, under the heading, “We Want to Hear from You! Top Life Sciences Trends.” And don’t stop! We still want to hear from you!

But from this initial question, let’s take a look at the five trends survey participants mentioned.

This is one of the newest and potentially most interesting areas in biopharma these days, and BioSpace regularly covers news of companies working in this area. In short, our bodies play hosts to a broad array of microorganisms. Increasingly, research is showing that the makeup of these populations plays a significant role in our health.

Examples include Cambridge, Massachusetts-based Synlogic. In April 2018, the company announced it had dosed its first patient in its Phase Ib/IIa clinical trial of SYNB1020 for hyperammonemia. This metabolic disorder is characterized by excess ammonia in the blood. SYNB1020 is a Synthetic Biotic, which is taken orally. It can act in the gut to compensate for the dysfunctional metabolic pathway. In September, the company announced positive interim data from the healthy volunteer arm of its ongoing Phase I/IIa trial of SYNB1618 in patients with phenylketonuria (PKU).

And in June 2018, Genentech, a Roche company, signed a multi-year strategic collaboration with Microbiotica, to discover, develop and commercialize biomarkers, targets and rugs for inflammatory bowel disease (IBD). Microbiotica was spun out of the Wellcome Sanger Institute and focuses on microme-based therapeutics.

Of course, efforts in biopharma tend to be focused on developing the next small molecule or biologic therapeutic. But a number of companies are looking “beyond the pill” to digital health products and wearable devices. For example, in late 2017, Eli Lilly spoke about its investments in its diabetes business, but not only insulin products or analogs, but insulin delivery devices. It has been working on smart insulin delivery devices since 2015 in its Cambridge, Massachusetts laboratory. The company doesn’t want to just develop the insulin, but be, according to Enrique Conterno, head of Lilly’s diabetes business, “an integrator of the system.”

This has caught the attention of the big tech companies as well. Apple is moving into diabetes management, and Google/Alphabet’s Verily is working on developing a wearable contact lens that can read glucose levels in diabetic patients.

In May, Akili Interactive, headquartered in Boston, closed a $55 million Series C financing. Akili is a prescription digital medicine company. Its goal is to treat certain disorders via high-quality video games. For example, its lead candidate, AKL-T01, is being developed for children with attention-deficit/hyperactivity disorder (ADHD). It is moving through U.S. Food and Drug Administration (FDA) protocols similar to those for prescription drugs. It is designed to “therapeutically treat cognitive deficiency and improve related symptoms with specific sensory stimuli and simultaneous assessment of motor responses to target and activate the prefrontal cortex. In clinical studies to date, AKL-T01 was shown to improve attention, inhibition and working memory in children with ADHD.”

This is, briefly, knowing enough about each patient’s genome to deliver drugs that are most effective for that individual. This is particularly being approached in the oncology arena. Increasingly, cancer drugs are focused on subpopulations of cancer, usually ones that are recognized by specific biomarkers.

One example is, in April 2018, FDA approved AstraZeneca’s Tagrisso (osimertinib) for the first-line treatment of patients with metastatic non-small cell lung cancer (NSCLC) in tumors with epidermal growth factor receptor (EGFR) mutations. The mutations, exon 19 deletions or exon 21 L858 mutations, are detected by an FDA-approved test.

For years, gene therapy was something of the Holy Grail of research, and in recent years it has become a reality. In August 2017, BioMarin Pharmaceutical opened a new manufacturing facility in Novato, California to manufacture BMN 270, a treatment for severe hemophilia A. It was dubbed “the first and largest gene manufacturing facility in the world,” by Hank Fuchs, president of BioMarin’s worldwide research and development. Clinical trials of BMN 270 are still ongoing with, so far, positive results.

Despite the efforts, only a few gene therapies have made it to market. Spark Therapeutics’ Luxturna (voretigene neparvovec) has been approved for a rare, genetic form of blindness called retinal dystrophy. In May, Pfizer and Spark Therapeutics announced a follow-up of more than 15 participants in the Phase III clinical trial of SPK-9001 for hemophilia B. And in July, they announced the launch of a Phase III trial of the drug, which is now called fidanacogene elapovovec.

Biopharma and biotech companies are increasingly looking to data science, artificial intelligence (AI) and machine learning to give new insights into drug development. In August 2018, Sensyne Health, a London-based healthcare AI company launched an initial public offering (IPO) on the London AIM market. The company uses AI to analyze patient data from the UK’s National Health Service, analyzing for “clinical insights that can be exploited commercially by the pharmaceutical industry,” reported the Financial Times.

And they’re not the only ones. Flatiron Health, in the U.S., was acquired by Swiss-based Roche in February for $1.9 billion. Flatiron Health developed its Health OncologyCloud platform, which includes an electronic medical record system for oncology, advanced analytics, patient portal and integrated billing management. It also aggregates data to be used by researchers. In May, Flatiron extended a three-year collaboration deal with Bristol-Myers Squibb.

On August 16, The Buck Institute for Research on Aging, Insilico Medicine, an AI company with offices and resources in the U.S., Belgium, Russia, the UK, Taiwan and Korea, and Juvenescence, a human longevity company, founded Napa Therapeutics to develop drugs against novel aging-related targets.

These five trends are only a few that BioSpace works tirelessly to track and cover for our readers. But we want to know what you’re interested in as well and what you think the current trends are. Let us know!