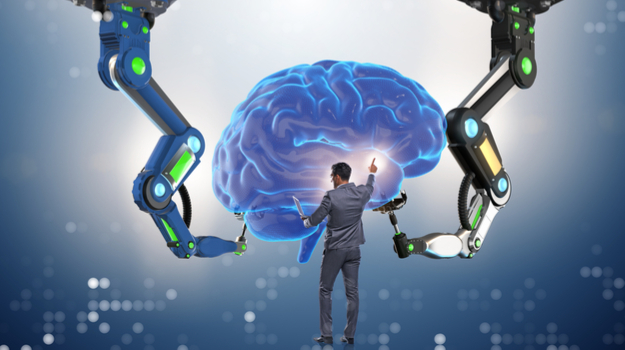 Drayson was formerly the UK’s Minister of Science in the Department for Business, Innovation and Skills until May 2010, and before that, Minister of State for Strategic Defence Acquisition Reform at the Ministry of Defence. Drayson co-founded vaccine maker PowderJect Pharmaceuticals in 1993 and sold it in 2003 to Chiron for 524 million pounds.

Sensyne uses AI to analyze patient data from the UK’s National Health Service, analyzing for “clinical insight that can be exploited commercially by the pharmaceutical industry,” notes the Financial Times. “The company, which changed its name from Drayson Health last month, has an unusual business model based on exclusive partnerships with a small number of NHS trusts.”

Drayson notes that there’s plenty of competition. “Google DeepMind is the main competitor and benchmark for what we are doing with clinical data,” he told the Financial Times. “Flatiron is doing something similar in the U.S., particularly in oncology.”

In February, Flatiron Health was acquired by Swiss-based Roche for $1.9 billion. Roche already had a 12.6 percent stake in Flatiron, but the deal brought the AI company completely under Roche’s umbrella. Flatiron Health developed its Health OncologyCloud platform, which includes an electronic medical record system for oncology, advanced analytics, patient portal and integrated billing management. It also aggregates data to be used by researchers. In May, Flatiron extended a three-year collaboration deal with Bristol-Myers Squibb.

On August 16, The Buck Institute for Research on Aging, Insilico Medicine, an AI company with offices and resources in the U.S., Belgium, Russia, the UK, Taiwan and Korea, and Juvenescence, a human longevity company, founded Napa Therapeutics to develop drugs against a novel aging-related target.

Napa Therapeutics is built on research in NAD metabolism conducted by Eric Verdin, president and chief executive officer of the Buck Institute. His laboratory will collaborate with Napa, using Insilico’s drug development platform to accelerate compound discovery. “This is a unique opportunity to use cutting-edge AI to accelerate drug discovery,” Verdin said in a statement. “The Buck is excited to join forces with Insilico and Juvenescence as we work to eliminate the threat of age-related disease for this and future generations.”

And there are plenty of other examples.

In April, London-based BenevolentAI, which applies AI to developing new medicines, brought in $115 million in new investments. Since its founding in 2013, it’s raised more than $200 million. The company has 20 drug programs in its pipeline with a focus on rare diseases, including motor neuron disease, Parkinson’s disease, glioblastoma and sarcopenia.

In September 2017, startup guru Vivek Ramaswamy opened yet another company, this one called Datavant, which will utilize artificial intelligence to improve clinical trials. It’s led by Travis May, co-founder and chief executive officer of LiveRamp, which offers data analysis across their ecosystem. The focus of Datavant is on collecting data across various silos, including pharma companies, universities, healthcare consortia, CROs, research groups, hospitals, patient registries and others. At its inception, it had pulled together data from 85 different datasets made up of over 20 million patient visits.

In July 2017, GlaxoSmithKline inked a $43 million deal with AI company Excientia to stimulate drug development. GSK indicated it would use AI to discover novel and select molecules for up to 10 disease-related targets across multiple therapeutic areas.

And in the same month, Mayo Clinic and nference launched a startup called Qrativ that uses AI and clinical expertise to develop drugs.

Although Sensyne would appear to be working in an area filled with other companies doing similar things, Drayson told the Financial Times that Sensyne’s distinguishing feature is that “the development of our AI algorithms has been led by clinicians [at Oxford University] rather than by computer scientists.” He went on to say that, “Our focus is on the chronic diseases that place the greatest burden on the NHS. That means lung disease, cardiovascular disease, cancer and immunological diseases like cancer.”