Are All Cancers Rare Cancers? 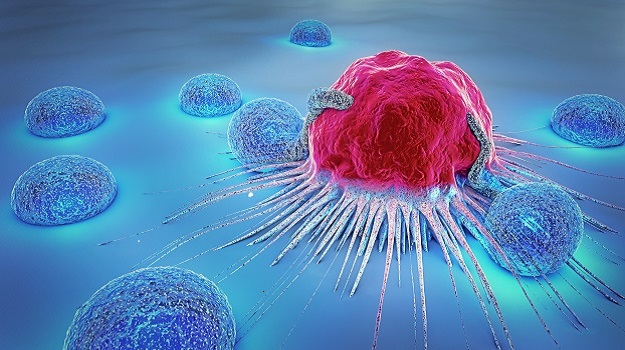 Rare cancers are typically classified as a prevalence of fewer than five cases out of a population of 10,000, at least according to European regulatory agencies. The International Rare Cancers Initiative (IRCI) defines it as a cancer with an incidence of three or fewer newly diagnosed people out of a population of 100,000 per year. Others have set that definition at six or less than 100,000. The U.S. National Cancer Institute (NCI), notes that, “Using either definition or cut-off, virtually all pediatric cancer types would be considered ‘rare cancers.’”

What is increasingly clear is that biopharmaceutical companies are focusing their drugs for smaller and smaller and more clearly delineated patient populations. No longer is a drug for lung cancer or even non-small cell lung cancer, but a much smaller segment.

The mutations, exon 19 deletions or exon 21 L858R mutations, will be detected by an FDA-approved test. The decision was based on data from the Phase III FLAURA clinical trial. Results were presented at the European Society of Medical Oncology 2017 Congress and published in the New England Journal of Medicine. It has also been approved in the U.S. for second-line treatment of patients with metastatic EGFRm NSCLC, whose disease has progressed on or after a first-line EGFR-TKI round of therapy and who have developed the secondary T790 mutation.

Also in April, Merck & Co. announced results from a Phase III trial of Keytruda with Alimta (pemetrexed) and cisplatin or carboplatin as the first-line treatment of metastatic nonsquamous NSCLC, and the trial showed it has benefit regardless of PD-L1 expression in three PD-L1 categories that were evaluated.

And at the same time, Bristol-Myers Squibb announced initial results from its Phase III trial, CheckMate -227, which evaluated Opdivo (nivolumab) and Yervoy (ipilimumab) in first-line advanced NSCLC patients with high tumor mutational burden, which means the patients had 10 or more specific mutations.

In early 2018, David Hysong, founder and chief executive officer of Shepherd Therapeutics, told BioSpace, “One of the things we’re trying to educate people about is, ‘How rare is rare?’ The answer is not at all. Various organizations define rare cancer at different numbers based on different criteria. The American Cancer Society says 20 to 25 percent of all patients, NCI says about 42 percent, and Sloan Kettering says about half of all patients are fighting a rare cancer. A small subset of disease makes up all patients, and the industry focuses on smaller and smaller subsets, so rare will become less rare.”

And cancer isn’t the only disease area where drugs are being developed—or at least investigated—for smaller patient populations. Duchenne muscular dystrophy (DMD) is definitely a rare disease, which affects about 200 boys per million births, or one in 5,000. It is a muscle-wasting disease that leads to premature death. It is caused by a deletion of the dystrophin gene, which is the largest gene in the human genome. In 2016, Sarepta Therapeutics’ Exondys 51, after a great deal of drama and controversy, was approved for DMD patients. What was sometimes left out of the stories was that it was only approved for DMD patients with a specific mutation that could be treated by the drug’s exon 51 skipping technology. It was essentially a treatment for only a small portion of a population of a very rare disorder.

Other companies are working on DMD treatments that focus on different mutations.

And Alzheimer’s research is another area that is using this approach. Alzheon is attempting to move its beta amyloid blocker for Alzheimer’s disease into a Phase III pivotal trial. It acquired the rights to the drug, tramiprosate, from Neurochem, currently named BELLUS Health, in 2013, after it failed in a 2009 clinical trial. Alzheon believes that by focusing on patients with two copies of the APOE4 gene, which has been shown to be linked to Alzheimer’s, they would have a better shot at approval.

And maybe it will.

In some ways, the ability to target more defined patient populations has breathed life into drugs that were abandoned. In other ways, this influences business models in the biopharma industry. Hysong notes, “One of the reasons rare diseases are underserved is because companies outgrow them. Adenoid cystic carcinoma (ACC) has 1,200 patients per year and it’s hard for a company to justify outlays for that support from an early-development standpoint.”

However, it’s a trend that seems to be beneficial to patients, because their treatment will be less hit-and-miss and more targeted. The upside for bigger companies is they are able to find approval for more indications, even if those indications are often smaller patient populations.