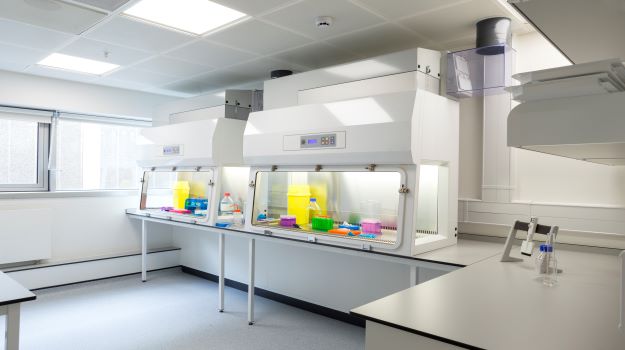 Ocugen announced that its development partner, India’s Bharat Biotech, published positive data from a Phase II trial of the vaccine candidate Covaxin in people ages 12 to 64 who received a booster dose six months after the second shot. It was published on the pre-print server, medRxiv. In addition to the strong antibody titers, they found that more than 75% of all participants had a detectible neutralizing antibody response six months after the second of their primary dose.

Molecular Partners and Novartis announced that Part A of the EMPATHY trial of ensovibep, a DARPin antiviral drug, hit the primary endpoint of viral load reduction over eight days in COVID-19 patients. Novartis is now exercising its option to in-license the drug from Molecular Partners and will begin the EUA submission to the FDA.

Recce Pharmaceuticals reported positive data from its Phase I IV trial of RECCE 327, demonstrating safety and tolerability in nine healthy male subjects in cohort one. The independent safety committee approved a threefold increase, from 50mg to 150mg in cohort two in seven to 19 healthy subjects. RECCE 327 is an IV and topical therapy for serious and potentially life-threatening infections due to Gram-positive and Gram-negative bacteria, including their superbug forms.

Starton Therapeutics received a Clinical Trial Authorization (CTA) in the Netherlands to initiate a Phase I trial of STAR-LLD bioavailability. STAR-LLD is a continuous delivery lenalidomide in development for common blood cancers, multiple myeloma and chronic lymphocytic leukemia.

Cara Therapeutics and its licensing partner Maruishi Pharmaceutical Co. and its sublicensee Kissei Pharmaceutical Co. confirmed the Phase III trial of difelikefalin for pruritus in hemodialysis patients achieved the primary endpoint. The primary endpoint was a change in Itch Numerical Rating Scale score. Korsuva (difelikefalin) was approved in the U.S. in August 2021 for this indication.

Neoleukin Therapeutics and Merck to evaluate NL-201 with Merck’s anti-PD-1 checkpoint inhibitor Keytruda (pembrolizumab) in the ongoing Phase I in advanced, relapsed or refractory solid tumors. NL-201 is a de novo protein designed to mimic the activity of natural cytokines IL-2 and IL-15.

NervGen Pharma and Shirley Ryan AbilityLab are planning the first clinical trial of NVG-291 in spinal cord injury patients. NVG0291 was designed to bypass the inhibition of chondroitin sulfate proteoglycans (CSPGs) that are upregulated in response to nervous system damage.

Anavex Life Sciences announced positive topline results from its Phase I trial of ANAVEX 3-71 for Frontotemporal Dementia (FTD). The drug is an oral small molecule agonist of both SIGMAR1 and CHRM1.

Reviva Pharmaceuticals received the go-ahead from the FDA to initiate its Phase III trial of brilaroxazine for schizophrenia. The drug is a novel serotonin and dopamine receptor modulator.

BioMarin Pharmaceutical released positive results from its ongoing Phase III GENEr8-1 trial of valoctocogene roxaparvovec for severe hemophilia A. It resulted in an 85% reduction in annualized bleeding rate (ABR). The therapy is investigational AAV5 gene therapy.

Allogene Therapeutics announced the FDA had lifted the clinical hold on all of its AlloCAR T trials. The clinical hold was first placed on its program after identifying a chromosomal abnormality in an advanced cancer patient treated with ALLO-501A. The investigation determined the abnormality was unrelated to TALEN gene editing or the company’s manufacturing process, and there was no clinical significance.

Khondrion dosed the last patient with sonlicromal in the KHENERGYZE Phase IIb trial. The drug is being developed to treat mitochondrial disease, in patients with MELAS (mitochondrial encephalomyopathy, lactic acidosis, and stroke-like episodes) spectrum disorders.

Hutchmed initiated a Phase I trial in China of HMPL-760 in patients with previously treated B-cell non-Hodgkin Lymphoma. The drug is a highly potent, selective, and reversible inhibitor with long target engagement against Bruton’s tyrosine kinase (BTK), including wild-type and C481S-mutated BTK.

Aramis Biosciences announced the FDA had cleared its IND for a Phase II trial of A197 for dry-eye disease. A197 is a novel, first-in-class, topical immunomodulatory agent.

Black Diamond Therapeutics announced the FDA had cleared its IND for a Phase I trial of BDTX-1535 for glioblastoma and non-small cell lung cancer. The drug is a MasterKey inhibitor of EGFR.

Arrowhead Pharmaceuticals dosed the first patients in the PALISADE Phase III trial of ARO-APOC3 in adults with familial chylomicronemia syndrome (FCS). The drug is an investigational RNAi therapeutic engineered to inhibit the production of apolipoprotein C3 (APOC3), a key regulator of triglyceride metabolism.

Denali Therapeutics announced that FDA had informed it that the agency had placed a clinical hold on the Investigational New Drug (IND) application for DNL919 (ATV:TREM2). Denali indicated that they would receive an official clinical hold letter from the FDA in about 30 days. DNL919 is an Antibody Transport Vehicle (ATV) engineered to activate TREM2 and improve microglial function. TREM2 is a receptor expressed on microglia, which are immune cells of the brain. Genetic mutations in TREM2 that result in loss of function are strongly linked with increased risk for Alzheimer’s disease.

Blade Therapeutics completed the Phase I drug-drug interaction study of cudetaxestat being developed for idiopathic pulmonary fibrosis (IPF) and other fibrotic diseases. The trial evaluated it on pirfenidone and nintedanib, two approved drugs for IPF. Cudetaxestat is a non-competitive autotaxin inhibitor.

Imcyse reported positive biomarker data from a planned interim analysis of its Phase II IMPACT trial of IMCY-0098 for type 1 diabetes. The drug is a proinsulin derived Imotope.

Abivax announced the European Medicines Agency (EMA) provided feedback supporting advancing ABX464 into Phase III for ulcerative colitis. They support moving the 25mg and 50 mg doses into the trial, while dropping the 100mg dose, suggestions largely consistent with those provided by the FDA in November 2021.