The Global Cost of Containing COVID-19 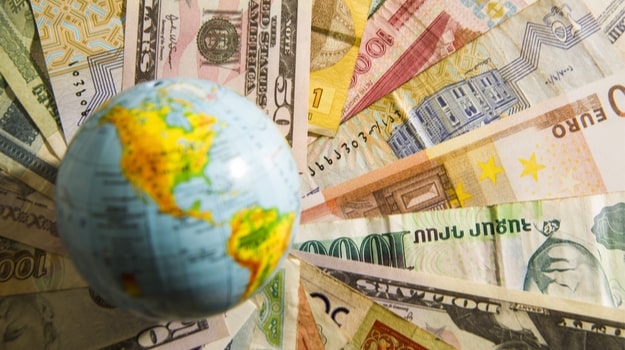 There are currently dozens of vaccines in development for COVID-19, including a select few in Phase III trials racing to the finish line, and the world’s wealthiest countries have pre-purchased more than 2 billion doses.  Even when a first vaccine is finally approved, much of the developing world currently stands to be left behind, as it was during the 2009 H1N1 pandemic.

Enter the COVAX Facility. Co-led by the Gavi Vaccine Alliance, the Coalition for Epidemic Preparedness Innovation (CEPI) and The World Health Organization (WHO), its mission is to accelerate the development of, and ensure equitable global access to, effective vaccines for COVID-19.  Through the COVAX Advance Market Commitment (AMC), it aims to distribute 2 billion doses of the most effective vaccines to developing countries by the end of 2021.

As of Thursday, more than 150 nations including the United Kingdom, Canada, Germany and Japan had signed on.  Markedly, this number does not include the United States – and barring a drastic shift in strategic direction, the initiative may never enjoy the support of one of the world’s wealthiest countries.

The COVAX Facility also serves as a security policy for countries who have committed billions to leading vaccine candidates such as those of AstraZeneca/Oxford and Pfizer/BioNTech.  Each country that enters into the pact will have the benefit of its combined resources and have equal access to the most efficacious vaccines, thereby providing a critical safety net.  AstraZeneca, for its part, has not yet been cleared to resume US Phase III trials after reporting a serious adverse reaction in a subject on September 8th.

With the U.S. economy, like so many others, dependent on international imports and travel, the question becomes: Will the solitary path the country is on, insulate it from further pandemic-related damage? Christopher Snyder, a professor of economics at Dartmouth University, believes the answer depends largely on the eventual vaccine’s level of efficacy.

“One issue depends a bit on the efficacy of the vaccines that are developed. If you have an extremely effective vaccine, then you can just vaccinate your whole country,” Synder said. “If the ultimate vaccines are of low efficacy, then it becomes more important to have a wider distribution throughout the world.  Then we may not be at the level [of being sufficiently protected] in terms of international travel. That would be a good reason to make sure it’s controlled eventually in the rest of the world.”

After all, our borders cannot remain closed forever.  If the approved vaccines just barely meet the FDA’s minimum effectiveness requirement of 50% in a placebo-controlled trial, the virus will continue to cycle in through international travel.  During a week where the U.S. reached the ominous milestone of 200,000 lives claimed by this virus, it might be advisable to have an insurance policy.

Contributing to equitable global access for a life-saving vaccine is nice; it’s humanitarian good will.  But even if it wasn’t those things, it would still be in the best interests of rich countries to help the poor.

From an economic standpoint, global access to an effective vaccine will hasten the end of the COVID-19 pandemic, thereby restoring the relative harmony of global supply chains. Without it, the virus will continue to run rampant in our business dealings through travel and production inconveniences.

“If people in low and middle-income countries miss out on vaccines, the virus will continue to kill and the economic recovery globally will be delayed,” WHO Director-General Tedros Adhanom Ghebreyesus said at a regionally broadcast WHO regional event for Europe earlier this month.

One thing is clear: The pharmaceutical/biotech industry needs to step up, and many companies do appear to have an appropriate appreciation for the urgency of the situation. In a June update on the ACT Accelerator project, WHO Chief Scientific Officer Soumya Swaminathan, M.D., pointed out that the industry is reacting positively to these unprecedented times.

As governments, academic institutions and industry pull together in this uncommon spirit of open innovation, it would seem a shame to slam the door as we get closer to the answer.

“Unfortunately, I think what we’re seeing is that decisions are increasingly being made to allocate doses to countries that are striking bilateral deals…as opposed to deals that would see fair and equitable allocation of doses to places like the countries where MSF works,” said Jason Nickerson, Canada’s Humanitarian Affairs Advisor at Doctors Without Borders/MSF. He added that “As these candidate vaccines and therapeutics get closer to the finish line, the companies that end up owning the rights to them are behaving as though they have a monopoly, because they do.”

Imperative to global access is scaling up the manufacturing capacity to produce what will eventually need to be at least 7 billion doses – potentially double that for a two-dose vaccine.

Nickerson highlighted AstraZeneca as a company whose model thus far appears conducive to facilitating such manufacturing.

“One of the things that AstraZeneca has been doing is signing licensing agreements to allow other quality-assured manufacturers to produce batches of the vaccine,” said Nickerson.  “And I don’t know the specific details of what’s in those agreements… but this model of having multiple manufacturers that are capable of producing safe, quality- assured doses of the vaccine in different parts of the world, scale up and do exactly that –  this is the only way that we’re going to significantly increase available supply to meet demand. This is what companies need to be doing…and there’s no reason why governments shouldn’t be demanding that they do it.”

Serum Institute of India Pvt. Ltd. is the world’s largest vaccine manufacturer by number of doses produced and sold globally.  It is one of the manufacturers that has inked a deal with AstraZeneca to produce a billion doses of their candidate, AZD1222, intended for developing countries. Serum Institute Chief Executive Officer, Adar Poonawalla, told BioSpace that the most important variable in global access to the vaccine is cost.

“The most significant challenge to accessing the vaccine is affordability. There are a very few companies like Serum Institute of India who have committed to give the product between $3 - $5USD,” said Poonawalla. “Pharma and biotech industry equipment manufacturers should try [to] fast track equipment supplies and raw material supplies to vaccine manufacturers as soon as possible to facilitate this process.”

By sharing the burden – and economic benefits – of manufacturing, and setting an affordable price for the eventual vaccine, we might just be able catch up in a battle we started in the trenches.  But Nickerson feels that we still have a ways to go, stating: “Quite frankly we need a different model of innovation, and that’s an issue of global equity for sure, but it’s also a matter of global public health.”