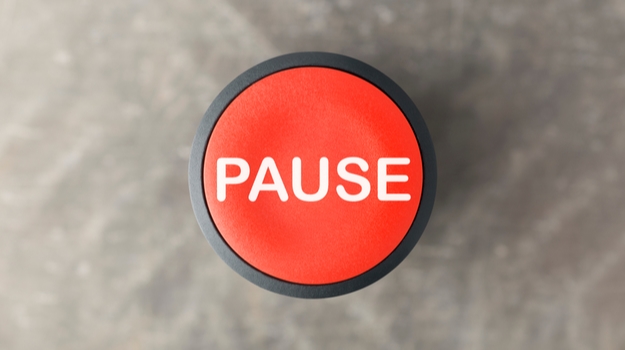 AstraZeneca paused its Phase III COVID-19 vaccine trial following a report of an “unexplained illness” in a patient involved in the study.

In a brief statement issued Tuesday, and first reported by STAT News, the company said it paused the trial based on its standard review processes.

“This is a routine action which has to happen whenever there is a potentially unexplained illness in one of the trials, while it investigates, ensuring we maintain the integrity of the trials,” AstraZeneca said in its statement.

The company has not revealed the extent of the illness, nor did it specify if the patient received the vaccine candidate. Although the company did not specify the nature or severity of the illness, it is likely the patient required hospitalization, which prompted the trial’s pause. It is not unusual for large trials to be temporarily disrupted due to reported illnesses as the monitoring researchers determine if there are any safety concerns. In its report, Reuters, citing The New York Times, said the patient in question is believed to have developed transverse myelitis, an inflammation of a part of the spinal cord that can lead to pain, muscle weakness, paralysis, sensory problems, or bladder and bowel dysfunction. According to the Mayo Clinic, transverse myelitis can be caused by infections and immune system disorders.

AstraZeneca began dosing patients in its 30,000-member trial last month. Little has been revealed as to the extent of the illness in the patient. AstraZeneca said illnesses can happen “by chance” in clinical trials with large numbers of participants, but each illness must be carefully examined. Although carefully examining the illness and what prompted it, AstraZeneca said it will expedite the review to minimize any potential impact on the timeline of the trial.

The trial was paused the same day AstraZeneca joined eight other vaccine makers in a pledge to allow science and not political expediency drive the development and potential regulatory authorization of the medication. AstraZeneca, Pfizer, BioNTech, Moderna, GlaxoSmithKline, Sanofi, Novavax, Merck and Johnson & Johnson all agreed to the promise that any vaccine candidate put forward for approval will meet the rigorous standards set forth by regulatory agencies for approval. They vowed to make the safety and well-being of those who receive the vaccines their top priority and promised to only submit their vaccine candidates for regulatory approval or EUA after those drugs have demonstrated safety and efficacy in a Phase III clinical study. The pledge was announced following rumors the U.S Food and Drug Administration could grant an Emergency Use Authorization to one of the vaccines candidates being supported by Operation Warp Speed due to political pressure.

AstraZeneca’s COVID-19 vaccine candidate AZD1222 is a viral vector-based, weakened version of adenovirus containing the genetic material of SARS-CoV-2 spike protein. It was co-developed with the Jenner Institute at Oxford University. In July, the company published positive Phase I data from its vaccine candidate that showed the preventative medication generated both neutralizing antibodies and immune T-cells that target the virus that causes COVID-19. According to the study results, the vaccine induced seroconversion of the neutralizing antibodies in 59% and 47% of participants, and seroconversion of binding antibody in 96% and 97% of participants, depending on dose levels. Additionally, the research showed positive specific T-cell responses were found in 90% and 88% of participants receiving the different dose levels of the vaccine.