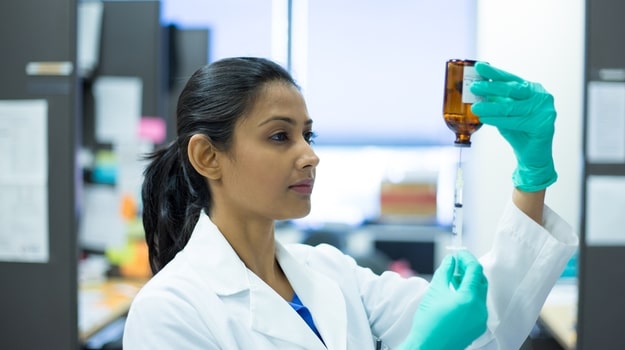 It was a relatively quiet week in the COVID-19 arena for clinical trial news, although the big story there was particularly attention-grabbing. For non-COVID-19, much of the data came about toward the end of the week or the weekend at various virtual conferences. Here's a look.

AstraZeneca placed a clinical hold on its Phase III trial of it and the University of Oxford’s COVID-19 vaccine candidate. It was apparently in response to an unexplained illness in a patient in the UK. Very few details were released, including the nature of the side effect or its severity, although it is probable the patient required hospitalization. Reuters and The New York Times believe the patient developed transverse myelitis, an inflammation of a part of the spinal cord that can lead to pain, muscle weakness, paralysis, sensory problems, or bladder and bowel dysfunction.

Dasa and Covaxx announced plans to conduct a large scale human efficacy clinical trial in Brazil to develop a COVID-19 vaccine. Covaxx will provide Dasa with its UB-612 vaccine for the Phase II/III trial. Dasa will run the trial based on a protocol designed by both parties.

University of Pittsburgh was chosen by the NIH to lead three Phase III clinical trials involving COVID-19 patients. They are dubbed ACTRIV-4 Antithrombotics, and they will evaluate the use of blood thinners in savings lives and improving care, especially in adult COVID-19 patients at risk of life-threatening blood clots.

Diffusion Pharmaceuticals dosed the first two patients in its Phase Ib lead-in trial of its novel, oxygen-enhancing therapeutic, trans sodium crocetinate in 24 hospitalized COVID-19 patients. In addition to safety, the trial will gather preliminary data on the therapy’s effects on arterial blood oxygenation. It is being run by the Romanian National Institute of Infectious Diseases.

Corbus Pharmaceuticals’ lenabasum failed to his the primary endpoint in the Phase III RESOLVE-1 trial of diffuse cutaneous systemic sclerosis (SSc). SSc is a rare and life-threatening multi-system autoimmune disease. Lenabasum is an oral, small molecule that selectively binds as an agonist to the cannabinoid receptor type 2 (CB2). The primary efficacy outcome for the trial is a composite clinical trial endpoint called the ACR CRISS score, assessed at Week 52. The data showed no significant differences in primary and secondary endpoints compared to placebo, both groups on background drug therapy.

Regeneron Pharmaceuticals’ Dupixent (dupliumab) Phase III open-label extension trial demonstrated that the previous safety and efficacy profile was maintained for up to three years in adults in adolescents with moderate-to-severe asthma. Patients continued to experience improvements in lung function by 13-22% at 96 weeks with a low rate of severe asthma attacks per year.

Neurocrine Biosciences presented 30 abstracts at the 2020 Psych Congress and the MDS Virtual Congress 2020. Some of these include data from long-term analysis of Phase III trials of Ingrezza (valbenezine) in adults with tardive dyskinesia, showing sustained clinical benefit, safety and tolerability; new Phase III analysis of Ongentys (opicapone) as an add-on therapy to levodopa/carbidopa in Parkinson’s disease; and new Phase Ib data of NBlb-1817, evaluating the three-year safety and clinical outcomes of patients with advanced Parkinson’s disease.

Merck announced the result from two pivotal Phase III trials, COUGH-1 and 2, of gefapixant for the treatment of refractory or unexplained chronic cough. The drug is an oral, selective P2X3 receptor antagonist. Patients treated with gefapixant 45 mg twice a day showed a statistically significant decrease in 24-hour cough frequency compared to placebo at 12 and 24 weeks. The 15 mg dose did not meet the primary efficacy endpoint in either study.

Amryt Pharma announced positive topline data from its Phase III trial of Filsuvez for dystrophic and junctional Epidermolysis Bullosa (EB). The trial hit the primary endpoint. The study compared Filsuvez against a control gel, in the proportion of patients with complete closure of the target wound within 45 days of treatment.

Intra-Cellular Therapies announced positive topline data from its Phase III clinical trial of lumateperone as adjunctive therapy to lithium or valproate for major depressive episodes associated with Bipolar I or Bipolar II disorder. The primary endpoint was improvement in depression as measured by change from baseline versus placebo on the MADRS total score. Lumateperone is a potent antagonist with high binding affinity at serotonin 5-HT2A receptors, a moderate antagonist to postsynaptic D2 receptors, an inhibitor of the reuptake of serotonin transporter (SERT) with moderate binding affinity, and a partial agonist with moderate affinity at D1 receptors.

Genentech initiated a Phase IIIb trial of Ocrevus (ocrelizumab) at a higher dose and a Phase IV study evaluating the drug in minority populations. The company is also initiated a Phase III trial for fenebrutinib, an investigational selective and reversible BTK inhibitor for multiple sclerosis. And the company announced new Phase III data from SAkuraStar and SAkuraSky trials demonstrated decreased severity of relapses with Enspryng (satralizumab-mwge), which was recently approved for adults with anti-aquaporin-4 antibody positive neuromyelitis optica spectrum disorder (NMOSD).

The company also presented new data regarding its multiple sclerosis drug Ocrevus. It demonstrated that Ocrevus is highly effective in treating RRMS patients who did not respond well to their previous disease modifying therapy. The company also analyzed a subpopulation from the two-year open-label Phase IIIb CASTING trial. This data showed that patients benefitted across a wide range of demographic subgroups no matter what their previous treatment was.

AZTherapies dosed the first patient in its Phase IIa trial of ALZT-OP1a in patients with mild- to moderate-stage ALS. ALZT-OP1a is an inhaled formulation of cromolyn. It is also being evaluated as part of a combination therapy in a fully enrolled Phase III trial in patients with early stage Alzheimer’s disease.

Enterome SA initiated a new clinical trial of EO2401 in a second cancer indiciation. The Phase I/II SPENCER trial is testing the therapy in combination with a checkpoint inhibitor for adrenal malignancies. EO2401 is a microbiome-antigen based cancer immunotherapy.

Takeda Pharmaceutical released data from the Phase III TOURMALINE-MM2 clinical trial of adding Ninlaro (ixazomib) to lenalidomide and dexamethasone compared to lenalidomide and dexamethasone plus placebo in treating newly diagnosed multiple myeloma (MM) patients who were not eligible for autologous stem cell transplant. The trial did not meet statistical significance for the primary endpoint of progression-free survival (PFS).

Insmed Incorporated published final results from the Phase II WILLOW trial of brensocatib in non-cystic fibrosis bronchiectasis (NCFBE). The new data is from a subgroup analysis of the study. Brensocatib is a novel, first-in-class, oral, reversible inhibitor of dipeptidyl peptidase 1 (DPP1) for the treatment of bronchiectasis and other inflammatory diseases.

Biohaven Pharma got the go-ahead from the FDA to initiate clinical trials of oral zavegepant for migraine. The company dosed the first patient in the Phase I trial. Zavegepant is a third generation, high affinity, selective and structurally unique, small molecule CGRP receptor antagonist.

Vertex Pharmaceuticals announced the completion of its Phase III trial of Trikafta in children ages 6 through 11 years with cystic fibrosis (CF) who have either two copies of the F508del mutation or one copy of the F508del mutation and one minimal function mutation. The clinical trial lasted 24 weeks and was conducted around the world. It evaluated the safety and efficacy of Trikafta in 66 children ages 6 through 11 with the mutations. The primary endpoint was safety and tolerability. The data demonstrated the drug was generally well tolerated and the safety results were consistent to what was seen in previous Phase III trials.

etectRx announced FDA clearance for a clinical trial, PrEPsteps, of 60 patients to improve medication adherence in individuals taking the HIV prevention drug, Truvada (tenofovir/emtricitabine) for PrEP (Pre-Exposure Prophylaxis). The NIH-sponsored study will be run in partnership with Brigham and Women’s Hospital in Boston and The Fenway Institute at Fenway Health.

Atara Biotherapeutics presented data from the first part of its ongoing Phase I trial of ATA188 for progressive forms of multiple sclerosis. ATA188 is an off-the-shelf, allogeneic EBV-specific T-cell immunotherapy. The drug was well-tolerated across all four dose cohorts.

Prothena presented data from the Phase II PASADENA trial of prasinezumab for Parkinson’s disease. Prasinezumab is the first potentially disease-modifying, anti-alpha-synuclein antibody to show signals of efficacy on multiple pre-specified secondary and exploratory clinical endpoints. The trial, however, did not meet the primary objective, but efficacy signals demonstrated a reduction in disease progression in both arms compared to placebo.

Eli Lilly and Company reported its Reyvow (Lasmiditan) C-V for migraine at various doses, demonstrated pain freedom at two hours compared to patients taking the placebo. The results were from the Phase III CENTURION trial. The drug also showed superiority over placebo in all gated endpoints. Reyvow is a novel oral drug that strongly binds to 5-HT1F receptor located both centrally and peripherally.

Partner Therapeutics restarted enrollment in its Study EA6141 of leucine (sargramostim, yeast derived rhu-GM-CSF) in combination with ipilimumab and nivolumab for frontline treatment of melanoma. The restart was based on data of ECOG-ACRIN’s planned interim efficacy and safety analysis of survival data from the first 250 patients enrolled in the trial.

Lyra Therapeutics presented data demonstrating that LYR-210 provided a significant reduction of sinonasal Type 2 inflammation in surgically naïve patients with chronic rhinosinusitis (CRS). LYR-210 is a bioresorbable polymeric matrix designed to be administered in a brief, non-invasive, in-office procedure and intended to deliver up to six months of continuous drug therapy to the sinonasal passages for CRS. The therapeutic embedded within it is mometasone furoate, the active ingredient in several FDA-approved drugs.