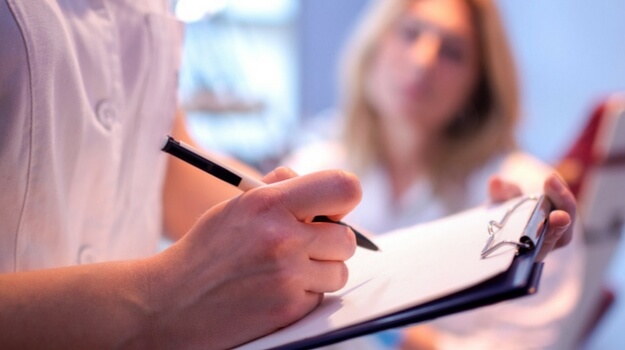 It was a fairly busy week for clinical trial announcements, with some important and interesting news about COVID-19 treatments and vaccines, as well as numerous stories about non-COVID-19 studies. Here’s a look.

Eli Lilly and Company announced interim proof-of-concept data from its BLAZE-1 Phase II clinical trial of LY-COV555, its neutralizing antibody therapy for COVID-19. The study enrolled mild-to-moderate COVID-19 patients who had recently been diagnosed in the outpatient setting and received either placebo, 700 mg, 2800 mg and 7000 mg of the antibody.

The primary endpoint of the trial is change from baseline in viral load at day 11. The 2800 mg dose level hit the primary endpoint, but the others did not. However, most patients—including those in the placebo group—almost completely cleared the virus by day 11. Analysis of the data showed that the antibody, LY-COV555, improved viral clearance around the third day, which was earlier than the controls, and decreased the proportion of patients who had persistently high viral loads at other periods. Critics took aim at the data, which has yet to be published and was described in a press release, noting that the subgroup analysis is very small.

In a weekend interview on CBS’ “Face the Nation,” Albert Bourla, chief executive officer of Pfizer indicated they may have key data from its Phase III trial of Pfizer and BioNTech’s COVID-19 vaccine to the U.S. Food and Drug Administration (FDA) by the end of October. If it is then approved, he said they would be prepared to distribute “hundreds of thousands of doses.” And on Saturday, September 12, the two companies announced plans to expand the Phase III vaccine trial to up to about 44,000 participants. The original plan was for 30,000 volunteers. They say they expect to reach the 30,000-mark next week. The rationale behind the expansion is to increase the trial’s diversity to include adolescents as young as 16 years old and people with chronic, stable HIV, Hepatitis C, and Hepatitis B, as well as to gather more safety and efficacy data.

Vaxart received the go-ahead from the FDA for the Phase I trial of its oral COVID-19 vaccine candidate. The trial will be run in healthy adults ages 18 to 55. The company is currently running animal challenge studies on the vaccine with expected data in mid-October.

Eli Lilly and Incyte announced initial data from the Adaptive COVID-19 Treat Trial to assess the efficacy and safety of a 4-mg dose of baricitinib plus Gilead’s remdesivir compared to remdesivir alone in hospitalized patients with COVID-19. The trial met the primary endpoint of reduction of time to recovery.

AstraZeneca and the University of Oxford resumed their COVID-19 vaccine testing in the UK after a brief clinical pause after a UK patient was hospitalized with suspicion of having developed transverse myelitis, a serious spinal inflammatory disorder. An independent committee evaluated the data and gave the go-ahead to continue, although it has not restarted in the US.

Rigel Pharmaceuticals initiated a Phase II trial of fostamatinib in collaboration with Inova for hospitalized COVID-19 patients. Fostamatinib is an oral spleen tyrosine kinase (SYK) inhibitor. SYK is involved in the intracellular signaling pathways of many different immune cells, so they believe it may improve outcomes in patients with COVID-19 via inhibition of key Fc gamma receptor (FcyR) and cy-type lectin receptor (CLR) mediated drivers of pro-inflammatory cytokine release.

Genentech announced the Phase III EMPACTA trial met its primary endpoint, demonstrated that Actemra (tocilizumab) and standard of care in COVID-19 patients with pneumonia were 44% less likely to progress to mechanical ventilation or death compared to placebo plus standard of care. The cumulative proportion of patients who progressed to ventilation or death by day 28 was 12.2% in the Actemra arm compared to 19.3% in the placebo arm.

Janssen Pharmaceutical of Johnson & Johnson presented 13 abstracts at the European Society for Medical Oncology (ESMO) Virtual Congress 2020, including the latest data from the Phase I dose escalation study of amivantamab in combination with lazertinib in advanced EGFR-mutated, non-small cell lung cancer (NSCLC); updates on multiple Phase I/II trials of erdafitinib in locally advanced or metastatic urothelial carcinoma (mUC); an update on patient-reported outcomes on health-related quality of life data from the final analysis of the Phase III SPARTAN trial of apalutamide in non-metastatic castration resistant prostate cancer (nmCRPC) with over four years of follow up.

AlzProtect recruited the first five patients for its Phase IIa trial of AZP2006 (ezeprogind) in Progressive Supranuclear Palsy (PSP). Ezeprogind is a bioavailable neurotrophic inducer being developed for PSP and Alzheimer’s disease.

Marinus Pharmaceuticals announced positive topline data from its Phase III Marigold Study of oral ganaxolone in children and young adults with CDKL5 deficiency disorder (CDD). CDD is a rare, genetic epilepsy with refractory seizures. It showed a significant 32.2% median decrease in 28-day major motor seizure frequency, compared to a 4% decrease in the placebo group. Ganaxolone is a positive allosteric modulator of GABAA receptors.

TFF Pharmaceuticals announced topline safety data from its Phase I trial of Voriconazole Inhalation Powder. It is a next-generation, direct-to-lung, inhaled dry powder version of voriconazole, the most effective antifungal drug for Invasive Pulmonary Aspergillosis (IPA). There were no clinically significant adverse events.

Prothena Corporation announced results from the Phase II PASADENA trial of prasinezumab in early Parkinson’s disease. The study did not meet the primary objective but did have signals of efficacy in reducing disease progression in both arms of the prasinezumab cohorts. It significantly reduced decline in motor function by 35% compared to placebo after one year. Prasinezumab is a humanized monoclonal antibody that targets alpha-synuclein.

Novartis published data from the Phase III COMBI-AD study of Tafinlar (dabrafenib) + Mekinist (trametinib) in high-risk patients with resected, stage III BRAF V600-mutated melanoma. More than half the patients receiving the combination were alive and relapse-free at five years.

Exicure announced positive data from its Phase Ib trial of cavrotolimod with pembrolizumab (Merck’s Keytruda) for solid tumors. Cavrotolimod is an SNA-enabled TLR9 agonist. There was a 21% overall response rate (ORR) in the dose-escalation stage and a 33% ORR at the highest dose cohort, 32mg, which will be the Phase II recommended dose.

The Huntington Study Group announced a partnership with Prilenia Therapeutics to conduct PROOF-HD, a Phase III trial to evaluate pridopidine in patients with early stage Huntington’s disease. Pridopidine is a first-in-class small molecule that is a highly selective Sigma-1 receptor (S1R) agonist.

NOXXON Pharma presented data from a Phase I/II trial with a combination of CXCL12 inhibitor, NOX-A12, and Merck’s Keytruda (pembrolizumab) in patients with microsatellite-stable, metastatic colorectal or pancreatic cancer. The trial demonstrated that 25% of the patients in the trial experienced disease stabilization. NOX-A12 penetrated tumors in both pancreatic and colorectal cancer where it neutralized CXCL12.

Checkpoint Therapeutics presented interim data form a Phase I trial of its checkpoint inhibitor cosibelimab in advanced cancers. The drug demonstrated a 51.4% objective response rate and 13.5% complete response rate, nearly doubling the CRR at the time of previous analysis.

AstraZeneca Pharmaceuticals presented updated results from the PACIFIC Phase III trial at the European Society for Medical Oncology (ESMO) Virtual Congress 2020. The trial demonstrated Imfinzi (durvalumab) had a sustained, clinically meaningful overall survival (OS) and progression-free survival (PFS) benefit in unresectable, Stage III non-small cell lung cancer (NSCLC) patients who had not progressed after concurrent chemoradiation therapy (CRT). The data was from an updated post-hoc analysis and demonstrated an estimated four-year overall survival rate of 49.6% for Imfinzi compared to 36.3% for placebo after CRT. The median OS was 47.5 months for Imfinzi versus 29.1 for placebo.

Regeneron Pharmaceuticals and Sanofi presented positive results from the pivotal Phase II trial for Libtayo (cemiplimab) in locally advanced basal cell carcinoma (BCC) that has progressed or that is intolerant to hedgehog inhibitor (HHI) therapy. The ORR was 31% and there was a 6% complete and 25% partial response rate. Libtayo is a PD-1 checkpoint inhibitor.

Veru updated clinical results from the fully-enrolled Phase Ib/II trial of VERU-111 in metastatic castration-resistant prostate cancer who became resistant to a novel androgen blocking agent such as abiraterone or enzalutamide. VERU-111 is a fist-in-class oral alpha and beta tubulin inhibitor. The drug was safe and well tolerated with no significant neutropenia or neurotoxicity, with durable PSA declines, objective tumor regression and stable disease.

Takeda Pharmaceutical presented data at ESMO, including insights from sub-analyses of its Phase III ALTA 1L trial, which reinforced intracranial efficacy with Alunbrig (brigatinib) as a first-line treatment for anaplastic lymphoma kinase-positive (ALK+) NSCLC as well as associated quality of life data. It also updated 10-month follow-up results from the Phase I/II trial of mobocertinib, showing a duration of response (DoR) of more than one year in EGFR Exon20 insertion+ metastatic NSCLC.

AstraZeneca and Merck announced positive five-year follow-up data from the Phase III SOLO-1 trial, demonstrating long-term progression-free survival benefit of Lynparza compared to placebo as first-line maintenance treatment in newly diagnosed, advanced BRCA-mutated (BRCAm) ovarian cancer patients who were in complete or partial response to platinum-based chemotherapy. It reduced the risk of disease progression or death by 67% and improved median PFS to 56 months compared to 13.8 months for placebo.