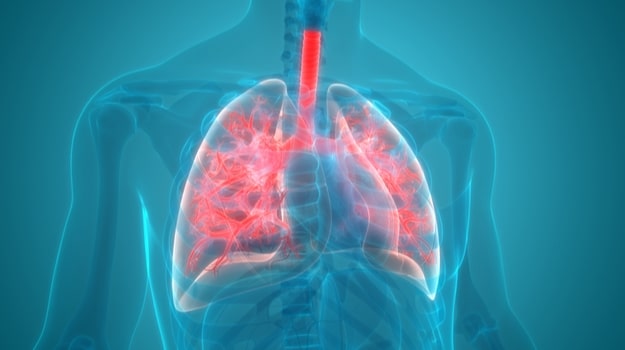 A rheumatoid arthritis drug developed by Genentech proved to be effective in benefitting patients who have COVID-19-associated pneumonia, according to new late-stage clinical trial data. Important to note is that 85% of participants in the trial were from minority racial and ethnic groups, which are historically underrepresented in clinical studies.

This morning, Genentech, a Roche company, unveiled results from the Phase III EMPACTA study that showed Actemra, an IL-6 inhibitor, plus standard of care, were 44% less likely to progress to mechanical ventilation or death compared to patients who received placebo plus standard of care. The cumulative proportion of patients who progressed to mechanical ventilation or death by day 28 was 12.2% in the Actemra arm versus 19.3% in the placebo arm, Genentech said.

Key secondary endpoints, which included difference in time to hospital discharge or “ready for discharge” to day 28, were not statistically significant from placebo. There was no statistical difference in mortality between patients who received Actemra or placebo.

There were no new safety concerns for Actemra.

The positive EMPACTA results contrast to the disappointing Phase III COVACTA study that assessed Actemra as a treatment for hospitalized patients with severe COVID-19 associated pneumonia. The COVACTA study failed to hit both primary and secondary endpoints in that patient population. Combined with data from disappointing studies of other IL-6 inhibitors as a treatment for COVID-19, it appeared the door was being shut on this option. However, today’s results may mean that door is still ajar.

Levi Garraway, chief medical officer and head of Global Product Development for Roche, said the EMPACTA trial demonstrated that Actemra can reduce the need for mechanical ventilation in patients with COVID-19 pneumonia, which is an important outcome for the disease. Garraway said Genentech will share the data with the U.S. Food and Drug Administration, as well as other global regulatory agencies. In addition, the company intends to publish the data for peer review.

The EMPACTA trial, which was launched in May, was groundbreaking with its focus on minority racial and ethnic groups who go largely unserved by clinical studies. Approximately 85% of the 389 EMPACTA participants were Hispanic, African American and Native American. Genentech said it is committed to addressing barriers to clinical trial participation by these populations and is calling on other companies across the industry to prioritize diversity and inclusion in COVID-19 research, particularly since those populations have been hard hit by the global pandemic.

Not only have minority populations been harder hit by COVID-19, historically they have been underserved by the life sciences community, particularly when it comes to clinical studies. Some studies have shown that medications that treat a broad population of patients are less effective in minorities, such as the asthma drug albuterol. The commonly-prescribed inhaled medication has been shown to be less effective in African American and Puerto Rican children compared with European American and Mexican children.

“We have been striving to improve inclusion and diversity in our trials,” Jamie Freedman, head of U.S. Medical Affairs for Genentech said in a statement. “During the COVID-19 pandemic, we saw how high the stakes were for many communities of color and made diversity the centerpiece of this trial.”