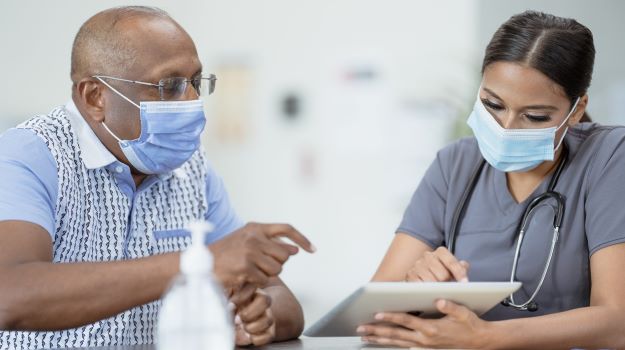 It was a particularly busy week because of the European Society of Medical Oncology (ESMO) Congress 2021. With a conference the size of ESMO, it’s impossible to cover all the exciting news, but here are many of the highlights. Here’s a look.

Biophytis announced that the Data Monitoring Committee recommended continuation of the Phase II/III COVA study without modifications of the protocol. The recommendation was made after the interim efficacy data showed promise based on 155 COVID-19 hospitalized patients with respiratory failure were treated with sarconeos.

aTyr Pharma announced positive data from its Phase Ib/IIa trial of ATYR1923 in pulmonary sarcoidosis. The drug was safe and well tolerated at all doses. It also showed consistent dose response on key efficacy endpoints and improvements compared to placebo. The drug is a fusion protein made up of the immuno-modulatory domain of histidyl-tRNA synthetase fused to the FC region of a human antibody.

Bristol Myers Squibb announced three-year data from the CheckMate -743 trial of Opdivo (nivolumab) plus Yervoy (ipilimumab), both checkpoint inhibitors, compared to platinum-based standard-of-care chemotherapy in unresectable malignant pleural mesothelioma (MPM). In patients receiving the combo, 23% were alive at three years, compared to 15% of patients with chemotherapy.

Pharma Two B announced the last patient in its Phase III trial of P2B001 in early Parkinson’s disease has now completed the study. P2B001 is a synergistic combination of low doses of proprietary extended-release rasagiline (monoamine oxidase-B inhibitor) and pramipexole (dopamine agonist), both drugs approved for Parkinson’s.

Outlook Therapeutics presented safety data from the NORSE THREE trial of Lytenava (bevacizumab-vikg) for treatment of wet age-related macular degeneration (AMD). No unexpected safety trends were observed. The drug is an ophthalmic formulation of bevacizumab, which is a full-length, humanized anti-VEGF recombinant monoclonal antibody.

Hepion Pharmaceuticals announced additional efficacy data from its Phase IIa AMBITION trial of CRV431 for non-alcoholic steatohepatitis (NASH) and liver disease. All primary endpoints were met, and the additional data was on biomarkers, alanine aminotransferase and N-terminal type III collagen pro-peptide, as well as other pharmacologic and bioinformatic analyses. CRV431 is a potent inhibitor of cyclophilins.

Galecto dosed the first patient with GB1211 in the Phase Ib/IIa GULLIVER-2 trial for liver fibrosis. GB1211 is a galectin-3 inhibitor.

Adaptimmune Therapeutics announced updated data from its Phase I SURPASS trial in multiple solid tumors. The study is for ADP-A2M4CD8, which are SPEAR T-cells that target MAGE-A4 expressing tumors. The SPEAR (Specific Peptide Enhanced Affinity Receptor) T-cells are a mix of CD8+ and CD4+ T-cells engineered with a T-cell receptor (TCR).

Instil Bio received the greenlight from the FDA to initiate its DELTA-1 Phase II trial of ITIL-168 in advanced melanoma patients whose disease has relapsed after a PD-1 inhibitor, and, if positive for a BRAF-activating mutation, a BRAF inhibitor. The company also presented a subset analysis of treatment outcomes with TILs in patients with checkpoint inhibitor-refractory advanced cutaneous melanoma.

MiMedx announced topline results from two late-stage musculoskeletal trials of its micronized dehydrated Human Amnion Chorion Membrane (mdHACM): a Phase IIb trial for Knee Osteoarthritis (KOA) and a Phase II trial for Plantar Fasciitis (PF). The Phase IIb trial did not meet primary endpoints, but did show varied efficacy signals, so the company is planning confirmatory efficacy studies. The Phase III PF study also did not meet its primary endpoint, so the company does not plan to pursue a BLA at this time.

Rezolute initiated dosing patients in the second cohort of its Phase IIb trial of RZ358 for congenital hyperinsulinism. RZ358 is a monoclonal antibody targeting the treatment of hypoglycemia caused by excessive insulin levels.

Astellas Pharma reported a death of a patient in its clinical trial of its experimental gene therapy for X-linked Myotubular Myopathy (XLMTM). It marks the fourth death during clinical trials over the past two years. Astellas says the cause of death is still pending. The therapy is AT132, an AAV8 vector that contains a functional copy of the MTM1 gene.

Johnson & Johnson announced positive immune response data from its Phase III trial on its Ebola vaccine in both adults and children. The vaccine is Zabdeno, a two-dose heterologous vaccine, which was well-tolerated and induced antibody responses to the Zaire ebolavirus 21 days after the second dose in 98% of participants.

Gilead Sciences presented new research on its Trodelvy (Sacituzumab govitecan-hziy). Trodelvy is a first-in-class antibody-drug conjugate (ADC). It is made up of an antibody and topoisomerase inhibitor conjugate targeting the Trop-2 receptor. The presentation will look at the value of the drug for metastatic triple-negative breast cancer (TNBC).

Zymeworks presented an updated and expanded data set of zanidatamab in first-line HER2-expressing gastroesophageal adenocarcinoma (GEA). Zanidatamab is a HER2-targeted bispecific antibody. In the abstracts, 30 patients were treated with zanidatamab with standard of care chemotherapy and 14 patients remained on treatment. The confirmed objective response rate was 68.2% and the disease control rate was 90.9% in 22 HER2-positive response-evaluable patients.

Bristol Myers Squibb presented three-year data from the CheckMate -743 trial of Opdivo (nivolumab) plus Yervoy (ipilimumab), both checkpoint inhibitors, compared to platinum-based standard-of-care chemotherapy in unresectable malignant pleural mesothelioma (MPM). In patients receiving the combo, 23% were alive at three years, compared to 15% of patients with chemotherapy.

Vaccinex presented new data from the continued analysis of final results of the Phase II SIGNAL Huntington’s Disease Trial. The data appears to support the cognitive benefit of treatment with the pepinemab antibody.

Bayer presented a variety of data at the ESMO Congress 2021, including three subset analyses and one Health Care Economic (HCE) model for Vitrakvi (Larotrectinib), and updated long-term efficacy and safety findings from an integrated dataset of adult TRK fusion cancer patients. They also presented new ARAMIS trial data for Nubeqa (darolutamide) in non-metastatic castration-resistant prostate cancer (nmCRPC) on the timing of adverse events, and an analysis from the investigator-initiated ODENZA trial on the cognitive assessment of men with mCRPC who randomly received Nubeqa or enzalutamide.

Biogen reported positive topline results from its Phase II CONVEY trial of vixotrigine for treatment of small fiber neuropathy (SFN). Vixotrigine is an oral non-opioid pain medication. The CONVEY trial’s 200 mg twice-a-day arm hit the primary endpoint of change from baseline to week 12 of the double-blind period in mean average daily pain (ADP) score. All people who enrolled received the higher dose, 350 mg twice a day, in an open-label part that went ahead of the double-blind part of the trial. The 350 mg twice-daily arm did not meet the primary endpoint, although it had statistical significance in the Patient Global Impression of Change (PGIC) at week 12. The company also announced plans to launch a global Phase IIIb ASCEND trial. It will study a higher dose of Spinraza (nusinersen) in children, teens and adults with later-onset spinal muscular atrophy (SMA) after treatment with Roche’s Evrysdi (risdiplam).

Merck presented new Phase III results from several of its studies of its checkpoint inhibitor Keytruda (pembrolizumab), including KEYNOTE-716 in melanoma, KEYNOTE-826 in recurrent, persistent or metastatic cervical cancer, and KEYNOTE-355 in metastatic triple-negative breast cancer. It also presented data on Lynparza (Olaparib, in collaboration with AstraZeneca) in ovarian cancer, and Lenvima (Lenvatinib, in collaboration with Eisai) in endometrial carcinoma and renal carcinoma. It also presented data for Welireg (belzutifan).

Biomea Fusion received the go-ahead from the FDA to initiate a Phase I trial of BMF-219 for adults with r/r acute leukemia, including people with an MLL-KM2TA gene rearrangement or NPM1 mutation. BMF-219 is a selective irreversible menin inhibitor.

VistaGen Therapeutics initiated the PALISADE-2 Phase III trial of PH94B for acute treatment of anxiety in adults with social anxiety disorder. PH94B is an odorless, rapid-onset pherine nasal spray with a unique potential mechanism of action.

Aileron Therapeutics presented new clinical data supporting ALRN-6924’s best-in-class potential as a chemoprotective agent; that is to say, it reduces neutropenia, thrombocytopenia and anemia caused by chemotherapy, and also decreases the need for blood transfusions. They present final results from the completed Phase Ib trial in small cell lung cancer (SCLC) patients receiving second-line topotecan; they also presented preliminary results from the ongoing Phase I trial in healthy volunteers, which confirmed the drug’s optimal dose, its mechanism of action, and time to onset, duration and magnitude of its pharmacodynamic effects.

BeyondSpring Pharmaceuticals announced new positive data on plinabulin from its chemotherapy-induced neutropenia (CIN) prevention program. The drug, in combination with G-CSF for the prevention of CIN, is being reviewed in the U.S. with a PDUFA date of November 30, 2021. It is also under review by Chinese regulators. The company presented three posters at ESMO.

Nouscom announced initial results from the Phase I trial of NOUS-209 in Microsatellite Instable High (MSKI-H) gastric, colorectal and gastro-esophageal junction solid tumors. The drug, an off-the-shelf cancer vaccine based on shared neoantigens, was dosed with Merck’s Keytruda, and showed promising early signs of clinical efficacy with no dose-limiting toxicities.

MacroGenics announced results from Cohort A Part 1 of the Phase II/III MAHOGANY trial of margetuximab (Margenza). The drug is approved in HER2+ metastatic breast cancer and is being evaluated for first-line treatment of HER2+ gastric cancer or gastroesophageal junction (GEJ) cancer in combination with a checkpoint inhibitor, with or without chemotherapy. The combination data support advanced to Part 2 with plans to enroll about 60 more response-evaluable non-MSI-H patients (non-microsatellite instability-high).

Transgene presented data from a Phase I study of IV oncolytic virus TG6002 and oral 5-FC in advanced gastrointestinal carcinomas. The data confirm the company’s double deleted VVCOPTK-RR- patented virus backbone has the potential for intravenous administration. It can selectively replicate and persist in tumor cells leading to local expression of its functional payload, the FCU1 gene.

Athenex presented data from its Phase I trial of oral paclitaxel and encequidar (Oral Paclitaxel) in combination with Merck’s Keytruda in advanced solid cancers. The data showed promising anti-cancer activity and expected safety and tolerability in lung cancer patients.