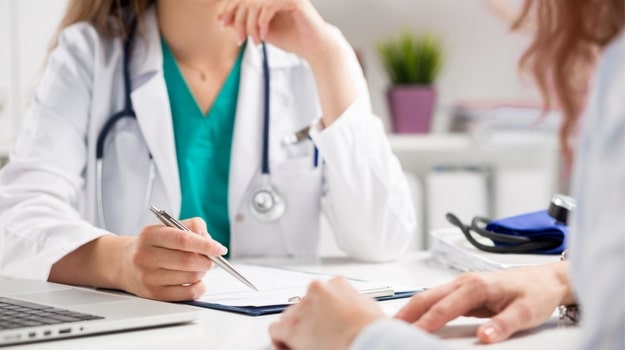 It was relatively quiet in terms of COVID-19-related clinical trials, but there was still quite a bit of news for trials involving other indications. Here’s a look.

Novartis announced new data from an interim analysis of its CAN-COVID trial of Ilaris (canakinumab) in hospitalized COVID-19 patients with pneumonia and cytokine release syndrome. The trial failed to meet its primary endpoint of improvement over standard of care or the key secondary endpoint of reducing COVID-19-related death rate during the 4-week period after treatment.

Agenus dosed the first patient with agent-797 in patients with COVID-19. agent-797 is an allogeneic cell therapy.

CureVac NV announced positive interim data from its ongoing Phase I trial of CVnCoV, its investigational COVID-19 vaccine candidate. It was generally well tolerated across all doses and induced strong binding and neutralizing antibody responses as well as T-cell activation.

Eli Lilly and Company and Incyte presented new data from the BREEZE-AD3 Phase III trial of baricitinib in adults with moderate to severe atopic dermatitis (eczema). The data indicated the 4-mg and 2-mg doses were able to maintain clear or almost clear skin response rates through the 68-week treatment period. Baricitinib is a JAK inhibitor.

Aurinia Pharmaceuticals announced topline data from its Phase II/III AUDREY clinical trial of voclosporin ophthalmic solution (FOS) for dry eye syndrome (DES). The study failed to achieve statistical significance on the primary endpoint of a 10mm or greater improvement in STT at four weeks compared to vehicle (placebo). As a result, the company decided to suspend the development program. A total of 508 patients were enrolled in the study, which had four arms randomized to receive three different doses or the vehicle.

Karyopharm Therapeutics’ Phase III trial of oral Xpovio (selinexor) in unresectable dedifferentiated liposarcoma met its primary endpoint of statistically significant increase in progression-free survival (PFS). The data indicate Xpovio decreased the risk of disease progression or death by about 30% compared to placebo. Xpovio is approved by the FDA for r/r multiple myeloma and r/r DLBCL. It is an XPO1 inhibitor.

Concert Pharmaceuticals initiated THRIVE-AA1, the first Phase III trial of CTP-543 in adults with moderate to severe alopecia areata. The drug is an oral Janus kinase inhibitor. The company hopes to report topline data in 2022. A second Phase III trial, THRIVE-AA2, is planned for the first half of 2021.

Celltrion Healthcare presented efficacy, pharmacokinetics and overall safety data on CT-P17 from its Phase III trial evaluating it for equivalence to reference drug adalimumab to treat rheumatoid arthritis (RA). Adalimumab is AbbVie’s Humira. CT-P17 is a biosimilar of Humira.

vTv Therapeutics presented baseline characteristics for the patients enrolled in its ongoing Elevage study of azeliragon for mild Alzheimer’s disease in people with type 2 diabetes. The data show that the patients enrolled in Elevage have similar baseline characteristics to those in the STEADFAST A-study type 2 diabetes subgroup.

AstraZeneca presented new analysis of the Phase III TULIP clinical trial of anifrolumab in systemic lupus erythematosus. Anifrolumab is a potential first-in-class type I interferon inhibitor. In the data, the drug demonstrated a sustained decrease in doses of oral corticosteroids compared to placebo.

Allogene Therapeutics released some early data from its Phase I UNIVERSAL clinical trial of ALLO-715 for relapsed/refractory multiple myeloma. ALLO-715 is the company’s allogeneic, in other words, off-the-shelf, CAR T (AlloCAR T™) therapy for a variety of cancers. The data Allogene released shows promise, but was shadowed by the death of one patient. The data presented so far is on the first 15 patients that were evaluable for efficacy and received escalating doses of ALLO-715 in addition to a lower dose of ALLO-647. All the patients had advanced disease and had received a median of five previous line of therapy.

In the 15 patients, higher doses of ALLO-715 demonstrated more activity, with 60% of the patients (three out of five) responding. Of the three patients who received that dose, two responded, one with a stringent complete response (sCR) and one very good partial response (VGPR). Both were minimum residual disease (MRD) negative by local MRD testing.

At the time of the data cutoff, 17 patients could be evaluated for safety. There were no signs of neurotoxicity or graft-vs-host disease. Four patients demonstrated cytokine release syndrome (CRS) with three Grade 1 and one Grade 2. All were resolved without use of corticosteroids or tocilizumab. The most common Grade 3 adverse events were anemia, neutropenia, lymphopenia and thrombocytopenia.

However, four cases of Grade 3 or greater infections were seen. Three were Grade 3 and were successfully treated. The fourth was a Grade 5 of what they believe was fungal pneumonia that occurred on the eighth day after ALLO-715 infusion. The pneumonia was diagnosed on the day after cell infusion and the patient, after receiving multiple lines of therapy, died. The investigator concluded the death was related to progressive disease and the conditioning regimen.

Rubius Therapeutics dosed the first patient in its Phase I/II trial of RTX-240 in acute myeloid leukemia (AML). RTX-240 is an allogeneic cellular therapy being evaluated for patients with r/r or locally advanced solid tumors or r/r AML. It has two Phase I arms, one in all solid tumors and the other in r/r AML.

CytomX Therapeutics treated the first patient in the Phase II expansion study of CX-2029. CX-2029 is an anti-CD71 Probody drug conjugate and the trial is being run in partnership with AbbVie. It is evaluating the therapy as monotherapy in four cohorts: squamous non-small cell lung cancer (sqNSCLC), squamous head and neck cancer (sqHNSCC), esophageal cancer, and diffuse large B-cell lymphoma (CLBCL).

CymaBay Therapeutics is providing its GPR119 agonist, MBX-2982, and will assist in regulator filing for a clinical trial to be conducted by the AdventHealth Translational Research Institute (TRI) in Orlando, Florida. The trial will determine if GPR119 agonist have the potential to prevent low blood sugar in people with type 1 diabetes. The trial is funded by a $1.2 million grant from The Leona M. and Harry B. Helmsley Charitable Trust.

Janssen Pharmaceutical of Johnson & Johnson announced two Phase III trials, DISCOVER-1 and 2 demonstrated Tremfya (guselkumab) improved fatigue in adults with active psoriatic arthritis (PsA). It also maintained that effect through 52 weeks of active treatment. Fatigue is classified as one of the three most important symptoms in patients with active PsA, with moderate to severe fatigue reported in up to half of these patients.

Humanigen announced positive interim Phase III data of lenzilumab in hospitalized COVID-19 patients. They found the drug had a clinically meaningful impact on patient recover. About 37% more recoveries were seen in the lenzilumab arm of the trial compared to standard-of-care (SOC). As a result, the company plans to increase enrollment to about 515 patients, which would increase the likelihood of hitting the primary endpoint while maintaining the power of the trial at 90%.

Pfizer reported positive data from its Phase III trial of Xeljanz (tofacitinib) in adults with active ankylosing spondylitis (AS). The drug is not currently approved by the U.S. Food and Drug Administration (FDA) for AS. The trial met its primary and key secondary endpoints of Assessment in SpondyloArthritis International Society (ASQS) 20 and 40 response, respectively, compared to placebo at 16 weeks.

Equillium announced positive interim data from the third cohort of the Phase I EQUATE trial of itolizumab in the first-line treatment of acute graft-versus-host disease (aGVHD). The overall response rate across the first three dose cohorts was 80%, with seven of eight patients hitting a complete response and one a very good partial response by Day 29.

ChemoCentryx presented data on the ADVOCATE Phase III trial of avacopan for ANCA-associated vasculitis at the ACR Convergence 2020 virtual annual meeting of the American College of Rheumatology. The study demonstrated that avacopan was as effective as prednisone in moving patients into remission by 26 weeks and was superior to prednisone for sustained remission after 52 weeks. The presentation was made by Peter Merkel, from the Hospital of the University of Pennsylvania.