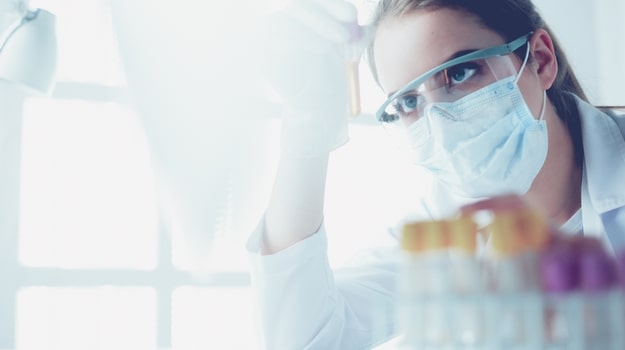 It was a busy week for clinical trial announcements. Here's a look.

Immunome reported the U.S. Food and Drug Administration (FDA) lifted its clinical hold on the company's Investigational New Drug (IND) application for IMM-BCP-01, an antibody cocktail to treat COVID-19. The FDA had placed the hold after a request for more information on the preparation and administration of the drug at clinical sites. The hold has been lifted now that the company has provided the requested data. IMM-BCP-01 is made up of three antibodies targeting non-overlapping segments of the SARS-CoV-2 Spike protein.

Axcella Therapeutics and the Oxford University Radcliffe Department of Medicine have begun screening volunteers for a potential treatment for long COVID. The drug, AXA1125, is designed to act on the cell's mitochondria to improve functional outcomes for patients with profound fatigue.

Novartis released new data from the Phase III SPR1NT trial that reinforces the benefits of Zolgensma (onasemnogene abeparvovec) for spinal muscular atrophy (SMA). The company stated that the therapy "demonstrated that children with three copies of the SMN2 back-up gene who were treated presymptomatically achieved age-appropriate motor milestones, including standing and walking." Zolgensma is a one-time gene therapy.

Bristol Myers Squibb and Nektar Therapeutics reported their joint Phase III PIVOT IO-001 trial of bempegaldesleukin with Opdivo (involumab) compared to Opdivo alone did not hit its primary endpoints in treating unresectable or metastatic melanoma. Opdivo is BMS's anti-PD-1 checkpoint inhibitor. Bempegaldesleukin is an immunostimulatory IL-2 cytokine prodrug. The two companies also decided to discontinue the Phase III PIVOT-12 trial of the same combination in patients with complete resection of melanoma and at high risk of melanoma recurrence.

BridgeBio Pharma reported positive data from its Phase II trial of BBP-418 for limb-girdle muscular dystrophy type 2i (LGMD2i). BBP-418 increases glycosylation of alpha-DG. Patients receiving the drug demonstrated an average 43% increase in the rate of glycosylate alpha-DG and a 70% reduction in creatine kinase.

Abeona Therapeutics hit target enrollment for its Phase III VIITAL trial of EB-101 for recessive dystrophic epidermolysis bullosa (RDEB). EB-101 is an autologous, gene-corrected cell therapy that uses gene transfer to deliver the COL7A1 gene into a patient's skin cells and then transplant those cells back to the patient.

Merck announced that it is halting its Phase III KEYLYNK-010 trial of Keytruda in combination with Merck and AstraZeneca's Lynparza (olaparib), a PARP inhibitor, for patients with metastatic castration-resistant prostate cancer (mCRPC) who progressed after treatment with chemotherapy and either abiraterone acetate or enzalutamide. An independent Data Monitoring Committee (DMC) reviewed data from a planned interim analysis and reported the combination did not show an overall survival (OS) benefit, one of the trial's dual primary endpoints, compared to the control arm of either abiraterone acetate or enzalutamide. Earlier, the company had evaluated the other dual primary endpoint, radiographic progression free survival (rPFS), and that didn't demonstrate improvement compared to the control arm either.

The Institute for Molecule Medicine (IMM) received a $12 million grant from the National Institute on Aging (NIA), part of the National Institutes of Health (NIH), for a Phase I study of its beta-amyloid vaccines based on DNA and the recombinant protein to prevent Alzheimer's disease. They expect to initiate the study in the second quarter of 2022. Nuravax is a biotech company incubated by IMM, which licensed IMM's patented MultiTEP technology for the commercialization of all vaccines based on the platform.

Avadel Pharmaceuticals presented new post-hoc data from the Phase III REST-ON trial of FT218 and interim data from the ongoing RESTORE open-label extension/switch study of FT218, both in development for excessive daytime sleepiness or cataplexy in adults with narcolepsy. FT218 is a formulation of sodium oxybate.

NervGen Pharma received approval from the Safety Review Committee to advance to the second cohort in the multiple ascending dose portion of its Phase I trial of NVG-291. The drug is a therapeutic peptide that is a mimetic of the intracellular domain of protein tyrosine phosphatase, which is being developed for various nervous system trauma such as spinal cord injury and peripheral nerve injury, as well as diseases such as multiple sclerosis and stroke.

AnaptysBio reported that its Phase II trial of imsidolimab for moderate-to-severe acne did not demonstrate efficacy. The drug is an antibody against interleukin-36-receptor.

Astellas Pharma announced that interim data from the Phase III MOONLIGHT 1 study of fezolinetant for moderate to severe vasomotor symptoms (hot flashes and flushing) in menopause did not meet the pre-defined efficacy endpoints. Fezolinetant is a selective neurokinin-3 receptor antagonist.

Moderna dosed the first patient in a Phase I trial of its HIV trimer mRNA vaccine, mRNA-1644, for HIV. The drug is to prevent HIV infection.

Araclon Biotech reported positive data from the first part of a Phase II study of ABvac40, a vaccine to prevent Alzheimer's disease. The data showed potential to slow the progression of the disease.

Biogen reported new data from a long-term extension phase of the Phase III clinical studies of Aduhelm (aducanumab) for Alzheimer's disease. The long-term extension data evaluated patients after almost two and a half years of treatment or 128 weeks. The patients received 100 mg/mL of intravenous dosing. The patients demonstrated significant decreases in two key Alzheimer's pathologies, amyloid beta plaques and plasma p-tau181. In addition, and perhaps most importantly for convincing physicians and insurers of the drug's benefit, at 78 weeks, patients with decreased plasma p-tau181 levels had less clinical decline than in patients whose plasma p-tau181 levels did not decrease. The data also showed a significant reduction of amyloid beta plaque levels from Week 132. Patients with better amyloid beta clearance also showed more drops in p-atu181 at week 128. This suggests the likelihood of continued benefit in the longer term.

BrainStorm Cell Therapeutics presented new genetic data from its Phase III trial of NurOwn, an autologous cellular therapy for amyotrophic lateral sclerosis (ALS). The data focused on the association between a gene encoding for the UNC13A protein and the TDP-43 protein, which have been linked to the pathology of ALS.

Sonnet BioTherapeutics received the go-ahead from the FDA for its IND for SON-1010 for NSCLC and head and neck cancer. The drug is a version of interleukin-12 (IL-12).

AIM ImmunoTech is proceeding with its Phase II study of Ampligen (rintatolimod) after the FDA lifted a clinical hold on its IND application. The drug is being developed for locally advanced pancreatic cancer. It is a double-stranded RNA product that protects and stimulates the innate immune system to mobilize different immune cells to target cancer cells.

Wugen dosed the first patient in its Phase I/II trial of WU-CART-007 for r/r T-cell acute lymphoblastic leukemia/lymphoblastic lymphoma. The drug is a CAR-T cell therapy.

Eli Lilly, Boehringer Ingelheim and the University of Oxford reported that after review of an Independent Data Monitoring Committee, the EMPA-KIDNEY study was being stopped early because it demonstrated positive efficacy. The study is evaluating empagliflozin in adults with chronic kidney disease.

Oramed Pharmaceuticals completed patient enrollment of its Phase II trial of ORMD-0801 for non-alcoholic steatohepatitis (NASH). The drug is an oral insulin capsule.

AstraZeneca and Merck announced results from its OlympiA clinical trial of Lynparza in germline BRCA-mutated HER2-negative early breast cancer patients who had completed local treatment either neoadjuvant or adjuvant chemotherapy. The drug reduced the risk of death by 32%. Lynparza is a poly-ADP ribose polymerase (PARP) inhibitor.

Amolyt Pharma received the go-ahead from the FDA for its IND for the ongoing AZP-3601 proof-of-concept study in hypoparathyroidism. The trial is ongoing in the EU. The drug is a peptide designed to target a specific conformation of the parathyroid hormone receptor to produce sustained and stable calcium levels in the blood.

Allerpops received approval to initiate a Phase II trial of Allerpops for allergy relief. Allerpops is an all-natural solution to promote the growth of beneficial bacteria in the mouth.

BioMarin Pharmaceutical published results from the Phase III GENEr8-1 trial of valoctocogene roxaparvovec for severe hemophilia A. The therapy is a gene therapy.

Alladapt Immunotherapeutics dosed the first patient in its ENCORE OLE study for food allergy patients who completed participation in its Phase I/II HARMONY trial of ADP101. ADP101 is a potentially best-in-class oral immunotherapy designed to desensitize patients allergic to one or multiple foods.

Merck delivered positive data from its Phase III KEYNOTE-091 of Keytruda (pembrolizumab) as adjuvant treatment in NSCLC. It demonstrated a 24% decreased risk of disease recurrent or death compared to placebo.

Protalix Biotherapeutics and Chiesi Global Rare Diseases announced final results from the BRIGHT Phase III trial of pegunigalsidase alfa for Fabry disease. The data indicate that the treatment with 2 mg/kg of the drug was well tolerated every four weeks, and Fabry disease was stable. The drug is an investigational, plant cell culture-expressed, and chemically modified stabilized version of the recombinant alpha-Galactosidase-A enzyme.