New NurOwn Data Backs Up Importance of UNC13A in ALS 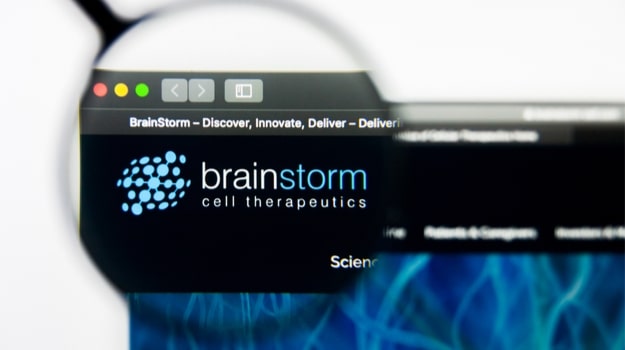 An experimental treatment for one of medicine’s most baffling diseases, BrainStorm Cell Therapeutics’ NurOwn has taken the amyotrophic lateral sclerosis (ALS) community by storm. Hopes for the autologous cellular therapy in ALS were dashed by the U.S. Food and Drug Administration (FDA) in February 2021, but since then, it has shown new signs of life.

On Wednesday, BrainStorm presented new genetic data from its Phase III trial of NurOwn at the 2022 MDA (Muscular Dystrophy Association) Clinical & Scientific Conference. The data centered around the association between a gene encoding protein called UNC13A and the TDP-43 protein, which has long been linked to the pathology of ALS. In February, research teams at University College London and the National Institutes of Health uncovered the association between the two elements. The findings were published February 23 in Nature. BrainStorm’s findings affirm the clinical importance of this discovery.

In recent years, experts have come to understand that ALS is a heterogeneous disease. Recent research indicates that genetic variations or single nucleotide polymorphisms (SNPs), such as UNC13A, may influence survival and therefore could serve as important pharmacogenomic biomarkers.

Since early 2021, BrainStorm knew that NurOwn had a clinically meaningful impact on a pre-specified subgroup of patients with early-stage disease. Now, they might be closer to understanding why.

According to the presentation, 62% of trial participants possessed the UNC13A rs12608932 SNP risk allele, which the authors said potentiates the deleterious effects of TDP-43.

Dr. Merit Cudkowicz, M.D., chief of the Neurology Department at Massachusetts General Hospital and an investigator on the trial, told BioSpace that a larger percentage of patients carrying the UNC13A gene had a superior response to NurOwn than to placebo.

“I always fear in ALS trials that we miss people who respond better because we don't have the tools to figure it out. This is a tool, and one that will hopefully become part of every future trial as well,” said Cudkowicz, who is also director of the Sean M. Healey & AMG Center for ALS at Mass General. The trial bearing the former ALS patient advocate’s name, the Healey ALS Platform Trial, is made up of five experimental drugs, including Clene Nanomedicine’s CNM-Au8, UCB’s zilucoplan and Prilenia’s pridopidine.

For 97% of ALS patients, TDP-43 becomes trapped in the cytosol, where it forms deposits, BrainStorm explained in the presentation. Then, as TDP‐43 protein levels fall in the nucleus, splicing errors that it would normally prevent begin to magnify. TDP‐43 depletion leads to the robust inclusion of a cryptic exon within UNC13A. BrainStorm found that in neurons from patients who had ALS with frontotemporal dementia (FTD) with TDP‐43 deposits, mis-splicing was highest in cells carrying the UNC13A risk variants.

Essentially, Cudkowicz explained, “you get more of these things called cryptic exons if you have these particular UNC13A alleles that are just more toxic to the motor neurons.” While emphasizing that a lot more research is needed, she said that it puts “UNC13A higher up the chain of important genes in ALS, because before it was just thought to increase your risk…and now it’s a direct link to TDP-43.”  Cudkowicz anticipates that more treatments will emerge targeting UNC13A.

Stacy Lindborg, Ph.D., EVP and chief development officer at BrainStorm, told BioSpace that the company compared the study participants to a larger series of population-based ALS summaries and that the results seem to be lining up with the literature.

“We see worse outcomes, we see more frequent bulbar onset. We actually see a lot of similarities when we compare the characteristics of our patients to what we see in the literature,” she said. “So, there are a lot of things that are really very affirming, and it gives us confidence in these early results.”

So, where does BrainStorm go from here?

“You always want to generate new evidence. It'll be fun to work with experts [like Cudkowicz] in really designing future trials and how we build on this genetic data,” Lindborg said. For now, though, she explained that BrainStorm is “laser-focused” on sharing this new data with the scientific community. In terms of seeking a regulatory path, the company will look to “understand what data we need to generate, what new evidence and new questions we need to to be able to address."

With pieces like UNC13A being consistently added to the ALS puzzle, this is an exciting, albeit slowly percolating space to watch.