Changing the Public’s Perception of the Biopharma Industry 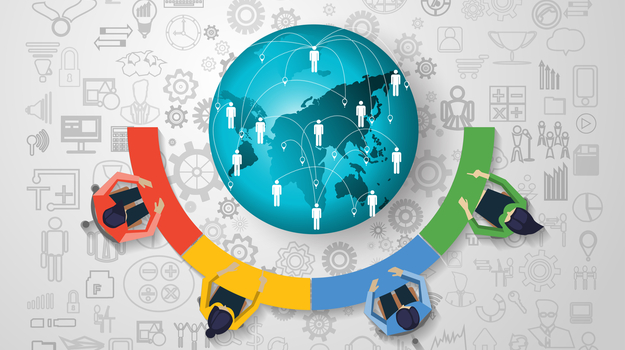 Life Science Leader recently pulled together several biopharma executives for a round table discussion of the biopharma industry’s public perception—generally bad—and what might be able to do about it.

Public perception of the industry can be a bit confusing. A poll conducted by the Kaiser Family Foundation (KFF) on public opinion on prescription drugs and their prices between 2015 and 2018, found that 80 percent of the public said the cost of prescription drugs was unreasonable. However, 74 percent in the poll said that affording the drugs they take is easy. And consistent with that figure, 24 percent indicated that they or a family member had not filled a prescription, cut pills in half, or skipped doses because of cost.

On the other hand, in the same poll, more than half, 56 percent, said that the prescription drugs developed over the last 20 years have made the lives of people in the U.S. better. And to further complicate matters, despite common complaints that the U.S. Food and Drug Administration (FDA) doesn’t do enough to encourage drug innovation or inhibits freer access to drugs, 62 percent of those in the poll said there’s not as much regulation as there should be when it comes to limiting the price of prescription drugs.

Rob Wright, Life Science Leader’s chief editor, at the JPM Conference in San Francisco, met with a number of biopharma executives, typically of smaller pharma companies, to discuss the issue. Two broad questions were asked: How did biopharma’s reputation get to where it is?, and, What can we do to fix the problem?

Spiro Rombotis, president and chief executive officer of Cyclacel Pharmaceuticals, noted, “We behave like ostriches. We don’t set the trends but wait for others to set them for us.”

The trendsetters appear to be politicians, who, he notes, don’t necessarily understand the dynamics and problems associated with financing biopharma innovation. “In the U.S., we have a market-based, resource-allocation mechanism that has been tested for over 40 years, and if we do something to change that (i.e., price controls), we do so at our own peril,” Rombotis said. “We need to be the ones educating politicians, rather than letting them come up with solutions and us trying to do damage control on misguided solutions that won’t be able to be fixed in our generation.”

One problem that complicates the discussion is a problem of what is perceived as a lack of transparency with drug pricing. For example, the range of costs related to developing a new drug is typically cited as running from about $4 billion to $11 billion. When biopharma leaders cite these costs, the usual response from critics is a big chunk of that is advertising and marketing (as if advertising and marketing isn’t somehow a legitimate business expense).

But there’s a fairly legitimate question about the value of direct-to-consumer (DTC) advertising for prescription drugs. “I don’t think we fully understand the consequences of what DTC has done,” Rombotis said.

Of course, the public perception hasn’t been helped any by the behavior of so-called “pharma-bro,” Martin Shkreli, who notoriously increased the price of 65-year-old Daraprim by 5,000 percent via his company Turing Pharmaceuticals. Although Shkreli was a media-ready villain that gave the industry a face to hate, he wasn’t the only company doing some pretty egregious price raising. Canada-based Valeant Pharmaceuticals (now Bausch Health) had similar issues, although there were other scandals that troubled the company before heads rolled at the highest level and Joseph Papa took over in May 2016.

And Mylan NV became the focus of a public scandal when it increased the price of the EpiPen Auto-Injector in 2017 and escalated the price by 400 percent from $57 to $500.

Gil Van Bokkelen, chief executive officer of Athersys, believes that is more an example of dysfunction in the generics market, but that the public doesn’t really perceive the difference between an expensive, revolutionary new drug and a generic drug that’s overpriced. “Leaders need to recognize that it can’t be all about price maximization, and we need to do a much better job of conveying a medicine’s value to the entire healthcare ecosystem.”

James Dentzer, president and chief executive officer of Curis, said, “The bigger issue, that I do not see changing, is the issue of where we as a society choose to spend our money. We are creating billionaires among tech and internet companies because we simply can’t live without the next iWatch. There is no Gates or Zuckerberg in biotech because we choose to spend our money on gadgets, not healthcare.”

Stephen Worsley, chief business officer of Sutro Biopharmaceuticals, believes the industry waits too long to discuss pricing, typically once a new drug launches. “We need to be paying more attention to the pharmacoeconomics earlier, play a stronger role in now drugs get administered, and do some self-policing with how new technologies (i.e., CRISPR) are being utilized, or government is going to do it for us.”

It's possible that may be changing, at least a little bit. With Cambridge, Mass,-based bluebird bio’s LentiGlobin for transfusion-dependent beta-thalassemia (TDT) likely to be approved this year and a price tag of $2.1 million for the gene therapy being bandied about, the company’s chief executive officer Nick Leschly seemed to be trying to get ahead of the pricing narrative in January. At that time, as part of the JP Morgan Healthcare Conference and simultaneously reported in the Wall Street Journal, Leschly outlined the company’s proposed strategy for dealing with the price, including a payment plan spread out over five years with each annual payment contingent on the therapy’s effectiveness.

William Newell, chief executive officer of Sutro, on his part, feels that the industry really needs to understand that many patients feel priced out of their medications. “Different methods of pricing should be embraced. We should seek to pass through to patients—directly—existing price rebates and discounts paid to pharmacy benefits managers. We need reforms capping copays and co-insurance at reasonable payment levels, while still allowing the neediest to receive drug-cost assistance through expanded-access programs.”

And Wendye Robbins, president and chief executive officer of Blade Therapeutics, believes the industry should work harder to tell stories about how the companies make a big difference in people’s lives. “But we cannot lose sight of our work, which is curing diseases and saving lives. I am working with the California Life Sciences Association (CLSA) in getting that message out, while also being active in my community as a mentor to students, especially those interested in STEM.”

Will any of it work? With a U.S. presidential campaign gaining steam and drug pricing being a fairly easy topic to bring up in order to get an audience reaction (without necessarily offering workable solutions), the industry will be facing strong headwinds. And the industry needs to be sensitive to—and aware—that the traditional way of influencing government thinking, by paying lobbyists, could face potential backlash.

One of the criticisms of the industry is that it’s been paying more and more money in lobbying, which the public can perceive as negative. And the pharma industry spends much more than many other industries, with the Pharmaceutical Research & Manufacturers of America alone has paid $27,989,250 in lobbying efforts in 2018, and Pfizer by itself investing $11,410,000. Although understandable, given that the federal government often acts as if they want to take control of the pharmaceutical industry, the high lobbying expenses tend to feed the narrative that the industry is paying off politicians to let them do what they want to do.