The Legacy of Martin Shkreli 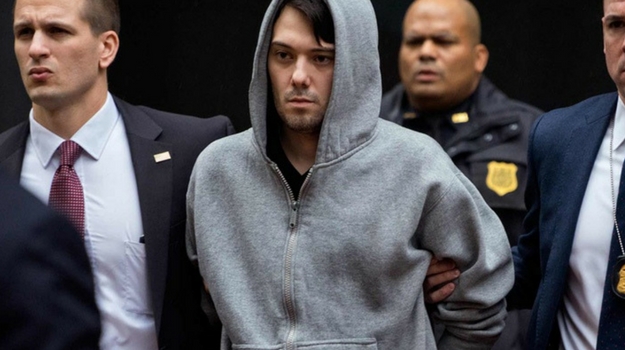 Martin Shkreli, the poster-child for the pharma pricing debate learned his fate today when a federal judge sentenced him to seven years in prison for securities fraud.

The infamy of Shkreli and his unrepentant defense of a 5,000 percent price increase for the 65-year-old drug Daraprim, plus his brash and often bizarre behavior, earned Shkreli a number of monikers, including Pharma Bro. While Shkreli earned the ire of most of America, and indeed, the world, pharma executives saw him in another light – that of catalyst. In an interview with CNBC Acorda Therapeutics Chief Executive Officer Ron Cohen said Shkreli’s actions created a “massive impression and blowback,” which served as a catalyst for the intense focus on the price of prescription drugs over the past few years. Without a Shkreli, Cohen said he did not know if the industry, government players, the media and payers would have all come together to focus on the issue.

"There's no question that pricing has been on the mind of people for several years; Shkreli put a fine point on it. Access to medicines remains an important social issue for our time,” Jonas told CNBC.

Peter Bach, director of the Center for Health Policy and Outcomes at Memorial Sloan Kettering, told CNBC that Shkreli was a “perfect item” for the media. Bach said if Shkreli had not been Shkreli, meaning his inability to stay quiet about his actions or his bizarre behavior that included stalking Democratic presidential candidate Hillary Clinton while broadcasting on social media platforms, then there would not have been much of a story that gripped the populace.

But Shkreli was unable to help himself. After his company Turing Pharmaceuticals acquired Daraprim, Shkreli increased the price about 5,000 percent, from $13.50 per pill to $750 per pill. After becoming the poster boy for pharma greed and earning the title of “most hated man in America,” Shkreli lamented the fact that he didn’t raise the price of Daraprim even higher in order to increase profit.

Shkreli was certainly not the only individual known for increasing the price of older drugs. Canada-based Valeant Pharmaceuticals was also embroiled in its own PR battle over pricing. Company executives spent some time in Washington before a congressional panel while they were grilled over pricing strategies.

Another company that was excoriated for pricing was Mylan NV. After acquiring the EpiPen Auto-Injector in 2007 the company increased the price from $57 to nearly $500, a 400 percent increase.

In August 2017 Shkreli was found guilty on two charges of securities fraud and one charge of conspiracy to commit conspiracy fraud. Judge Kiyo Matsumoto ruled that Shkreli was ultimately responsible for the losses his investors faced. This week Shkreli was ordered to forfeit $7.36 million. To meet that order Shkreli will be forced to give up a number of items, including the Wu Tang album "Once Upon a Time in Shaolin" for which he paid about $2 million.