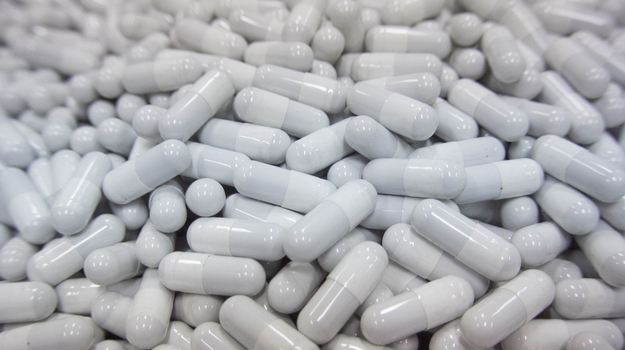 In a December 17, Washington Post op-ed, Senator Elizabeth Warren (D-MA), proposed The Affordable Drug Manufacturing Act, which would allow the Department of Health and Human Services (HHS) to manufacture or contract out the manufacture of generic drugs.

Warren argues that the generic drug system was designed to promote competition, which is supposed to drive prices down. But she notes that “40 percent of generic drugs are made by a single company, and the majority are manufactured by only one or two companies.”

“Promoting competition used to be a central goal of economic policymaking,” Warren wrote. “Today, in market after market, competition is dying as a handful of giant companies gain more and more market share. And as these companies get bigger, they create a vicious cycle, spending millions more on politics and lobbying to rig the rules, crushing potential competitors and further insulating themselves from legal or market accountability.”

Assuming all that is true, wouldn’t it make more sense to strengthen anti-trust legislation to prevent companies from growing too large or cracking down on lobbying, instead of shifting an entire industry over to government control?

In 2017, generic drug sales were $104 billion. Warren’s proposal takes on a rather different spin if it’s reframed as Federal government to take over $104 billion industry.

Warren claims The Affordable Drug Manufacturing Act would let HHS “step in where the market has failed. HHS would manufacture or contract for the manufacture of generic drugs in cases in which no company is manufacturing a drug, when only one or two companies manufacture a drug and its price has spiked, when the drug is in shortage, or when a medicine listed as essential by the World Health Organization faces limited competition and high prices.”

Warren adds, “Public manufacturing will be used to fix markets, not replace them.” It’s doubtful the biopharmaceutical industry would agree.

The senator argues that the federal government already contracts with private companies to manufacture stockpiles of drugs needed in the event of a biological, chemical or nuclear attack.

Megan McArdle, a columnist for the Washington Post, responded with a counterpoint, also noting that Senator Warren was preparing for a run for President of the United States, “and you don’t get to be president by saying ‘The FDA is working on it.’ No, you call for action!”

To be fair, McArdle doesn’t really disagree that something should be done about drug prices. Rather, she doesn’t believe that Warren’s plan would work.

McArdle writes, “One can describe all sorts of reasons that state-owned firms ought to be better than the profit-grubbing variety. Freed from the incessant demands of greedy investors, state-directed firms can invest for the long-term, pursuing innovation and social welfare rather than profit.”

The fact that these two op-eds were written just before a federal government shutdown that shows little signs of ending, seems ironic. Would the generic drugs continue to be manufactured and available during a government shutdown?

Anyway, McArdle notes that well-run state-owned enterprises (SOEs) are rather hard to find “in the wild” and “they’re suspiciously concentrated in one tiny patch of northern Europe where government institutions more generally outperform counterparts in the rest of the world. And even high-performing SOEs are vulnerable to a change in administration.”

For example, PDVSA, Venezuela’s state-run oil company, was considered a leader, “best in its class,” until Hugo Chavez started using PDVSA’s investments funds for social spending instead of petroleum extraction, and have it run by his pals — what we in the U.S. might call political appointees — instead of professionals.

McArdle also bluntly points out that if President Trump’s election has pretty much destroyed the conservative belief that Washington would be fixed if “we could get a businessman into the Oval Office to show all those government chair-warmers how a real organization does things,” then-Senator Warren’s proposal is a good example of the flipside, a liberal belief that “whenever markets frustrate us, the government can and should step in and do it better.”

McArdle writes, “This idea is particularly silly given that so many of the problems that make it harder for generic drug-makers to enter the market are created by government regulations in the first place. Unless the government enterprise bypasses the regulatory hurdles constraining supply, it will face much the same difficulties that private firms do. And if the government is going to relax regulatory requirements, wouldn’t it make more sense to just retool the way the market works for everyone?”

And what Warren’s plan doesn’t really touch on, at least in her op-ed, is the problem of biosimilars. Biosimilars are essentially generic versions of biologic drugs. But because they are not direct copycats, like generic drugs are, they undergo a similar approval process to branded drugs.

Food and Drug Administration (FDA) Commissioner Scott Gottlieb has noted that less than 2 percent of Americans use biologics, but they account for 40 percent of total spending on prescription drugs. They also represent 70 percent of the growth in drug spending from 2010 to 2015 and are expected to be the fastest growing segment of drug spending.

The FDA is working to make biosimilars more available in the U.S., but only about 11 have been approved in the U.S., compared to about 25 in Europe, and only about 3 are available on the market because of business tactics branded drug companies have used to slow the competition.

Gottlieb and the FDA have proposed an 11-point Biosimilars Action Plan in an attempt to balance innovation and competition. Only time will tell just how successful that will be.