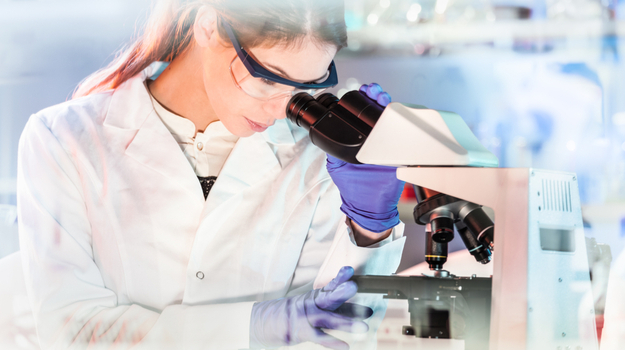 March is National Women’s Month with March 8 specifically designated as International Women’s Day. Although this is not remotely a comprehensive list, BioSpace recognizes these 10 women (in no particular order) as being especially influential in the biopharma industry.

Sandra Horning. Spend enough time reading industry news, and Horning’s name becomes very familiar. She is currently the Executive Vice President, Global Development and Chief Medical Officer of Roche and Genentech. Horning joined Genentech in 2019 as Senior Vice President, Global Head of Oncology/Hematology, which she held until December 2013. She remains an Emerita Professor of Medicine, Oncology and Blood and Bone Marrow Transplantation at Stanford University, School of Medicine, where she began in 1998. Horning received her medical degree from the University of Iowa School of Medicine.

Emma Walmsley. Walmsley was appointed Chief Executive Officer of GlaxoSmithKline in April 2017 and also serves on the board. She is the first woman to head a major pharmaceutical company. She joined GlaxoSmithKline in May 2010 as President of Consumer Healthcare Europe. Prior to joining GSK, Walmsley worked at L’Oreal for 17 years. From 2007 to 2010, she was based in Shanghai as General Manager, Consumer Products for L’Oreal China, running L’Oreal’s Chinese consumer products business, and managing global brands including L’Oreal Paris, Maybelline and Garnier. Walmsley holds a master’s degree in Classics and Modern Languages from Oxford University.

Melinda Gates. Gates is the co-founder and co-chair of the Bill & Melinda Gates Foundation, which she founded with her husband, Bill Gates. She was previously with Microsoft as a project manager for Microsoft Bob, Encarta and Expedia. She graduated from Ursuline Academy of Dallas, earned a bachelor’s degree in computer science and economics from Duke University and an MBA from Duke’s Fuqua School of Business. The Foundation, launched in 2000, is reported to be the largest private foundation in the world, holding $50.7 billion in assets. The goals of the foundation are to improve healthcare and reduce poverty worldwide. The foundation funds and supports numerous healthcare and life science initiatives around the world.

Jennifer Taubert. Taubert is the Executive Vice President, Worldwide Chairman, Pharmaceuticals of Johnson & Johnson. In late-February, Taubert was one of seven pharmaceutical executives—and the only woman—to testify before the U.S. Senate Finance Committee over drug pricing. She is a member of J&J’s Management Committee and leads the Pharmaceuticals Group Operating Committee. In 2016, 2017, and 2018, she was named to Fortune magazine’s “Most Powerful Women” list and received the National Association for Female Executives’ 2017 “Woman of Achievement” award. She also represents J&J on the Board of Directors of the Biotechnology Innovation Organization (BIO). She earned a bachelor’s degree in pharmacology from the University of California, Santa Barbara and an MBA from the Anderson Graduate School of Management, University of California, Los Angeles.

Priscilla Chan. Chan is an American pediatrician and philanthropist. With her husband, Mark Zuckerberg, Chan established the Chan Zuckerberg Initiative in December 2015, pledging $3 billion toward basic science research over the next decade. Then, in 2016, the organization pledged $600 million in support of the Chan Zuckerberg Biohub, an independent research center that will coordinate activities between scientists at UCSF, UC Berkeley and Stanford University. Chan graduated with a bachelor’s degree in biology from Harvard, taught science at the private Harker School for a year, then began medical school at the University of California, San Francisco, finishing her pediatric residency in 2015.

Jennifer Doudna. Doudna is the Li Ka Shing Chancellor Chair Professor in the Department of Chemistry and the Department of Molecular and Cell Biology at the University of California, Berkeley (CAL). She is prominent for her work with Emmanuelle Charpentier that led to the discovery or invention of CRISPR/Cas9 gene editing. Along with Charpentier in 2015, Doudna received the Breakthrough Prize in Life Sciences, as well as numerous other awards. She also co-founded Editas Medicine and Caribou Biosciences. Doudna’s research interests are ribozymes and RNA machines, with the three major areas of research in her laboratory focused on catalytic RNA, the function of RNA in the signal recognition particle and the mechanism of RNA-mediated internal initiation of protein synthesis. Doudna received her bachelor’s degree in biochemistry at Pomona College and her medical degree from Harvard University.

Emmanuelle Charpentier. Charpentier, along with Jennifer Doudna, is best known for being one of the discoverers of CRISPR/Cas9 gene editing. Charpentier is a Director at the Max Planck Institute for Infection Biology in Berlin, Germany. In 2018, she founded an independent research institute, the Max Planck Unit for the Science of Pathogens. Charpentier studied biology, microbiology, biochemistry and genetics at the University Pierre and Marie Curie (UPMC) in Paris. She was a graduate student at Institut Pasteur. She received her post-doctoral training at Institut Pasteur and at The Rockefeller University, New York. She then took on research positions at New York University Medical Center, St. Jude Children’s Research Hospital, and the Skirball Institute of Biomolecular Medicine. Charpentier received the Breakthrough Prize in Life Sciences with Doudna, as well as numerous other awards.

Jenny Rooke. Rooke is the founder and Managing Director of Genoa Ventures, formerly 5 Prime Ventures, a venture capital firm. She is also an Advisor to the Bill & Melinda Gates Foundation, where she played a significant role in establishing the foundation’s investment function, and to Caribou Biosciences. Rooke received her bachelor’s degree in physics from the Georgia Institute of Technology and her Ph.D. in genetics from Yale University. She began in venture investing at Fidelity Biosciences before moving to the Gates Foundation. Genoa’s investments include Zymergen, Caribou Biosciences, IONPath, Akadeum Life Sciences and others.

Rachel King. King is the co-founder and Chief Executive Officer of GlycoMimetics. Prior to founding the company, she was an Executive in Residence at New Enterprise Associates (NEA), a venture capital firm. Prior to joining NEA, she was senior vice president of Novartis. Before Novartis, King spent 10 years with Genetic Therapy until it was acquired by Novartis. She ran the company as chief executive officer as a wholly owned subsidiary of Novartis. King received her Bachelor of Arts degree from Dartmouth College and her MBA from Harvard Business School.