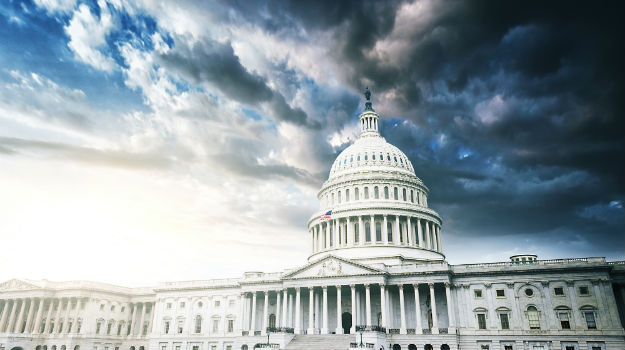 U.S. senators came out hitting hard—or at least aggressively—at a hearing where members of the Senate Finance Committee grilled top executives of seven leading pharmaceutical companies. U.S. Senator Chuck Grassley (R-Iowa) set the tone early, mentioning his constituents rationing drugs because of high prices or “leaving their prescription on the pharmacy counter because it costs too much,” but acknowledging that innovations “take time and money.”

Early on, Sen. Grassley mentioned some of the industry’s sketchier practices. “We cannot allow anyone to hide behind the current complexities to shield the true costs of drugs. And we shouldn’t turn a blind eye to industry’s practices that distort laws and regulations designed to promote competition and generic drug entries into the marketplace. Health and Human Services’ Secretary Alex Azar, FDA Commissioner Scott Gottlieb and the Federal Trade Commission have identified a number of tactics that undermine competition like withholding samples, pay-for-delay, product hopping and rebate bundling. And that just names a few.”

Throughout the course of the hearings, the language became a bit more heated and pointed, with Senator Ron Wyden (D-Ore), saying, “Drugmakers behave as if patients and taxpayers are unlocked ATMs full of cash to be extracted, and their shareholders are the customers they value above all else.” He also accused the companies of “profiteering and two-faced scheming.”

AbbVie’s Gonzalez came under particular heat, largely over its sales and pricing for the world’s best-selling drug, Humira. Sales last year for the drug were almost $20 billion and Gonzalez’s bonus was partially tied to Humira sales. The drug has a list price of more than $60,000 a year, almost double its 2014 list price.

Senator John Cornyn (R-Texas) went after AbbVie’s 130 patents that protect Humira exclusivity. He said, “I support drug companies recovering a profit based on their research and development of innovative drugs. But at some point, that patent has to end, that exclusivity has to end, to be able to get it at a much cheaper cost.”

There was some joking by analysts prior to the hearing, suggesting that if any of the companies involved in the hearing had a less-than-4%-drop in stock prices, the hearing was a success. Which suggests that it probably was, because the S&P Pharmaceuticals Index traded slightly higher in afternoon trading. And AbbVie, despite the more direct attacks, including by Senator Debbie Stabenow (D-Mich), traded higher as the hearing continued.

Gonzalez responded, “That patent portfolio evolved as we discovered and learned new things about Humira.” For example, the primary patent, the composition-of-matter patent, expired in 2016. But as the company developed the drug for new diseases, it developed patent protection for those indications.

For the most part, the pharmaceutical companies remained consistent, spreading the blame for prices and leaning on R&D costs. All suggested that if pharmacy benefit management (PBM) rebates were eliminated, they would cut their list prices. It has been noted before that drug companies may negotiate rebate deals with PBMs that include 40-percent decreases in drug prices, which the PBMs are supposed to pass on to customers.

Sanofi’s Brandicourt said, “We want these rebates, which lower net prices, to benefit patients. Unfortunately, under the current system, savings from rebates are not consistently passed through to patients in the form of lower deductibles, co-payments or coinsurance amounts. Addressing list prices alone will not be sufficient for solving the problem of patients’ out-of-pocket costs.”

“I would expect our prices would go down if we changed the system on the commercial side as well as the government side,” Merck’s Frazier said in the hearing.

Several of the executives indicated they support a Trump administration proposal to change the present system where drug prices are set using secret rebates that are negotiated by PBMs. Pfizer’s Bourla stated, “It is our very clear intention that we will not keep a single dollar from these rebates. We will try to move every single penny to the patients.”

Senator Ron Wyden (D-Ore) was one of the more outspoken critics, attacking Pfizer, saying, “Pfizer gets first prize for the emptiest gesture on drug pricing in 2018. Merck gets second prize,” saying that Merck left its “cash cows” like cancer drug Keytruda and diabetes drug Januvia untouched when it lowered some prices.

And not surprisingly—even Sen. Grassley acknowledge it in his opening remarks—the companies noted that drug development was an extremely expensive and risky proposition.

J&J’s Taubert said, “Last year, Janssen invested $8.5 billion globally in research and development, making Janssen one of the top research-and-development investors in any industry anywhere in the world.” Janssen is a J&J company.

And Gonzalez concurred, noting that, “If a market the size of the U.S. were to collapse to the lower end of that pricing model, I can just tell you that AbbVie would not be able to invest in the level of R&D that it invests in today.”

It’s unlikely the hearing will have a big impact on drug pricing and policy any time soon, and despite some harsh criticism, didn’t even make for particularly good political theater. But with the 2020 presidential election heating up and drug pricing and access already a major hot-button issue, this hearing is unlikely to be the last word on the topic.​