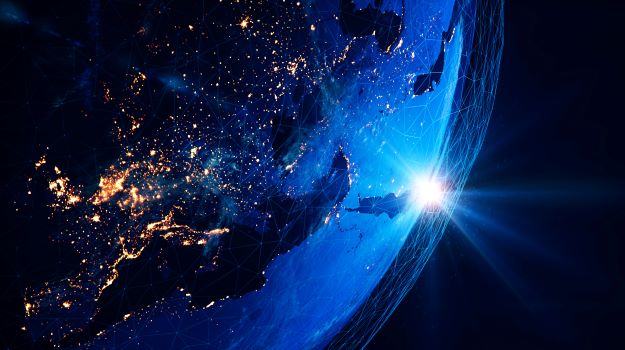 Belgium’s UCB acquired California-based Zogenix, Inc., a company focused on rare diseases. The deal is valued at about $2 billion. For UCB, the deal will expand the company’s focus on rare diseases with the addition of Fintepla, which has been approved for the treatment of seizures associated with Dravet syndrome in patients two years of age and older.

Zogenix has also been assessing Fintepla for the treatment of seizures associated with additional rare epilepsies, including Lennox-Gastaut syndrome (LGS) and CDKL5 Deficiency Disorder.

"The proposed acquisition of Zogenix reinforces UCB's sustainable patient value strategy and continued commitment to addressing unmet needs of people living with epilepsy with an increasing focus on those living with specific or rare forms of epilepsy, where few options exist. Complementing UCB's existing therapeutic offerings, the Zogenix acquisition provides UCB with an approved medicine for a life-threatening, rare infant- and childhood-onset epilepsy marked by frequent and severe treatment-resistant seizures, that are particularly challenging to treat," Charl van Zyl, executive vice president of Neurology & Head of Europe/International Markets at UCB said in a statement.

Under the terms of the deal, UCB will acquire all outstanding shares of Zogenix at $26 per share. Additionally, the deal includes a contingent value right (CVR) for a potential cash payment of $2 per share if Fintepla is approved in Europe for treatment of Lennox-Gastaut syndrome.

Abivax SA – France-based Abivax reported it received clearance from the European Medicines Agency to advance ABX464 into Phase III clinical testing for the treatment of ulcerative colitis. The company received similar authorization from the U.S. Food and Drug Administration.

Genetic Analysis AS – Norway’s Genetic Analysis AS and China’s Thalys Medical Technology Group Corporation have entered a Laboratory Developed Test (LDT) agreement to evaluate and develop innovative diagnostic solutions for the rapidly growing human microbiota market in China. In the first stage of the collaboration, Thalys Group will use its newly built Shanghai-based Independent Clinical Lab (ICL), Thalys MedLab to further develop and distribute tests based on Genetic Analysis’ GA-map Technology in China.

Poolbeg Pharma – Based in the UK, Poolbeg has in-licensed a novel, first-in-class RNA-based immunotherapy for respiratory virus infections developed at the University of Warwick. The candidate will be developed by Poolbeg as POLB 002. In vivo data confirms that this immunotherapy asset targets pan-respiratory virus infections, which could include influenza, respiratory syncytial virus (RSV), SARS-CoV-2 and others. Administered intra-nasally, this RNA-based immunotherapy works by triggering nasal cells into an antiviral state to protect from the infecting virus. Simultaneously, it blocks the cells from making more virus by directly preventing its replication.

Vaccitech plc – Working with Cancer Research UK and the Ludwig Institute for Cancer Research, UK-based Vaccitech announced the dosing of the first patient in the MAGE trial, which is assessing the novel immunotherapeutic, VTP-600, in patients with the most common type of lung cancer. The phase I/IIa trial is expected to enroll approximately 86 people who have been newly diagnosed with non-small cell lung cancer (NSCLC) and will be testing the safety and initial efficacy of VTP-600 in these patients. VTP-600 will be given in combination with the current first line treatment for NSCLC.

Avacta Group – Also based in the UK, Avacta Group has selected its next candidate for clinical development. The company will assess AVA3996 in a first-in-human Phase I clinical trial expected to begin in the second half of 2023. AVA3996 is a FAP-targeted pre|CISION proteasome inhibitor. AVA3996 has been designed to target the release of the proteasome inhibitor to FAP-rich tumor tissues.

ProMis Neurosciences – Toronto’s ProMIS has initiated a program to develop monoclonal antibodies to treat schizophrenia and other chronic mental illnesses.

Dompé farmaceutici S.p.A – Italy-based Dompé announced a strategic collaboration with and investment in Engitix Ltd. as part of that company’s $54 million Series A financing. The Series A round was co-led by Dompé, as a new investor. Dompé’s agreement with Engitix includes both equity investment and a multi-year, multi-program strategic R&D collaboration to support identification of new treatments against fibrosis and liver-associated solid tumors. Dompé will provide direct access to facilities, resources and expertise including its Exscalate structure-based drug design platform. The Exscalate platform has enabled Dompé to accelerate drug design while also identifying new applications for existing molecular entities.

PneumoWave – Formerly known as Altair Medical, U.K.-based PneumoWave partnered with Kings College on a study of its wearable biosensor-based monitoring platform. PneumoWave’s respiratory monitoring platform will be included in the trial to collect breathing data from patients at risk of experiencing slow and shallow breathing as a side effect of opioid medication. Without treatment, respiratory depression can cause life threatening complications, contributing directly to the annual toll of 150,000 opioid overdose deaths globally.

ITM Isotopen Technologien München SE – Also based in German, ITM announced it will present data at ASCO GI highlighting the study design for its phase III trial, COMPOSE. In that trial, the company will assess its lead radiopharmaceutical candidate, ITM-11 compared to best standard of care in patients with well‐differentiated high grade 2 and grade 3 somatostatin receptor-positive gastroenteropancreatic neuroendocrine tumors. The aim of the study, in which patients are currently being randomized, is to evaluate the efficacy and safety of the Targeted Radionuclide Therapy in this high-need indication.