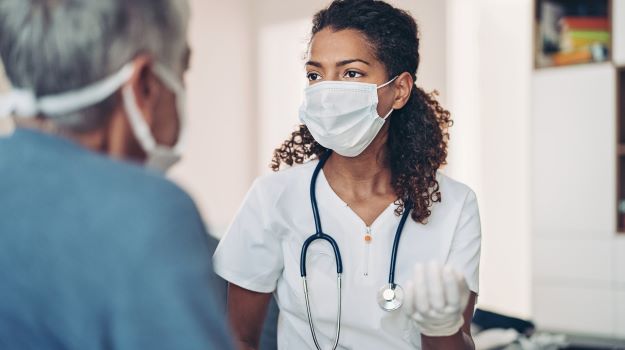 It was another busy week for clinical trial news ahead of the July 4 holiday in the U.S. Here’s a look.

Five pharmaceutical companies in India, Cipla, Dr Reddy, Emcure, Sun Pharma and Torrent Pharma, announced plans to collaborate on a clinical trial of the oral anti-viral drug molnupiravir for mild COVID-19 in an outpatient setting in India. Between March and April, the five companies entered into a non-exclusive voluntary licensing deal with Merck Sharp Dohme (MSD) [Merck, in the U.S.], to manufacture and distribute molnupiravir to India and more than 100 Low and Middle-Income Countries (LMICs). They have since entered into a deal to jointly sponsor, supervise and monitor the trial in India. It is expected to run between June and September with about 1,200 patients. The drug is being developed by Merck (MSD) via a collaboration with Ridgeback Biotherapeutics in a Phase III trial for non-hospitalized patients with confirmed COVID-19.

Altimmune provided an update on its AdCOVID investigational vaccine against COVID-19. The Phase I AdCOVID trial suggests the vaccine is well tolerated with an overall adverse event profile similar to intranasal saline placebo. The immunogenicity data was lower than expected, however. As a result, it is discontinuing further development beyond completing the Phase I trial.

Angion Biomedica Corp. announced its Phase II ALI-201 trial of ANG-3777 in severe COVID-19-related pneumonia at high risk for ARDs failed to hit the primary or secondary efficacy endpoints. ANG-3777 is a small molecule mimic of the biological activity of hepatocyte growth factor (HGF), which activates the c-Met cascade of pathways involved in tissue and organ repair.

CureVac reported final data for its COVID-19 vaccine, demonstrating 48% efficacy. It was a bit better at preventing symptomatic disease, at 53%, when the trial excluded people 60 years of age and older. In a June 16 readout, the figure was 47% overall. The company notes that the rise of more infectious variants has proven to be a headwind. The study involved approximately 40,000 adults in Europe and Latin America.

A University of Oxford study found that a third shot of the AstraZeneca-Oxford COVID-19 vaccine created a strong immune response. The vaccine is typically dosed twice, usually four to 12 weeks apart. The study, which has yet to be peer reviewed, was in 90 trial participants in Britain who were the earliest to receive doses in 2020. In March 2021, they received a third dose, about 30 weeks after their second. The third dose increased levels of antibodies against SARS-CoV-2 higher than seen a month after the second dose.

HDT Bio received the greenlight from the U.S. Food and Drug Administration (FDA) to proceed with a U.S.-based Phase I trial of its HDT-301 COVID-19 RNA vaccine. The vaccine is also designed to protect against variants. It will start enrolling 60 healthy volunteers this month and study the safety of two injections 28 days apart at three different dose levels. It will be open to unvaccinated and previously vaccinated people 18 to 65 years of age.

Intellia Therapeutics and Regeneron Pharmaceuticals announced positive interim data from an ongoing Phase I trial of NTLA-2001 for transthyretin (ATTR) amyloidosis. NTLA-2001 is the first CRISPR/Cas9-based therapy candidate to be administered systemically, via IV infusion, for precision editing of a gene in a target tissue in humans. In this case, to inactive the TTR gene in liver cells to prevent the production of misfolded transthyretin (TTR) protein.

Kite, a Gilead Company, announced top-line results from the primary analysis of its ZUMA-7 Phase III trial demonstrating superiority of Yescarta (axicabtagene ciloleucel) compared to standard of care (SOC) in second-line relapsed or refractory large B-cell lymphoma (LBCL). There was a median follow-up of two years, and it hit the primary endpoint of event-free survival (EFS).

Eli Lilly published results from the SURPASS-1 trial showing that tirzepatide led to superior A1C and body weight reductions from baseline in all three doses in adults with type 2 diabetes. Tirzepatide is a once-weekly dual glucose-dependent insulinotropic polypeptide (GIP) and GLP-1 receptor agonist.

Sanofi presented findings from the SoliMix study of Soliqua 100/33 (insulin glargine and lixisenatide injection) 100 Units/mL and 33 mcg/mL, iGlarLixi. The study hit its two primary endpoints and all key secondary endpoints in a head-to-head comparison against premixed insulin in adults with type 2 diabetes, uncontrolled on insulin and one or two oral anti-diabetic medicines. The primary endpoints were noninferiority of blood sugar reduction and superiority on body weight change from baseline compared to premixed insulin.

Sanofi also presented long-term safety data from a study of adults with moderate-to-severe atopic dermatitis in a Phase III trial that were treated with Dupixent. The data from the single-arm open label extension (OLE) trial demonstrated the long-term safety of the drug for up to three years, which was generally consistent to what was seen in the controlled pivotal Phase III trials. The data will be added to the Dupixent Summary of Product Characteristics (SmPC) after a positive opinion by the European Medicines Agency’s Committee for Medicinal Products for Human Use.

ViaCyte presented preliminary data from its stem cell-derived islet cell replacement therapy for type 1 diabetes. The company’s PEC-Direct (VC-02) demonstrated effective engraftment and production of C-peptide, a biomarker for production of insulin by functional pancreatic beta cells. PEC-Direct is an islet cell replacement therapy made up of stem cell-derived pancreatic islet progenitor cells in a pouch that allows for direct vascularization of the implanted cells.

Transgene enrolled the first U.K. patient in the Phase I trial of TG4050. The company’s individualized cancer therapy is being evaluated in HPV-negative head and neck cancer. TG4050 is a vaccine based on the company’s myvac technology platform.

Polyphor provided an updated on its Phase III FORTRESS trial of balixafortide in combination with eribulin for patients with HER2-  locally recurrent or metastatic breast cancer. The trial did not meet its co-primary endpoint. Balixafortide is a specific and highly selective CXCR4 antagonist.

AbbVie announced that its Phase III maintenance study of upadacitinib hit the primary endpoint of clinical remission and all secondary endpoints at one-year in ulcerative colitis. Upadacitinib is marketed under the name Rinvoq. It is a selective and reversible JAK inhibitor.

Celularity announced expansion of its ongoing Phase I trial of CYNK-001 in acute myeloid leukemia to include patients with r/r/ AML along with its ongoing trial in patients with minimal residual disease (MRD). CYNK-001 is a placental-derived unmodified NK cell type.

Cullinan Oncology received the greenlight from the FDA for a clinical trial of CLN-619 for both solid and liquid tumors. CLN-619 is a first-in-class monoclonal antibody that engages both NK and T-cell through the MICA/B-NKG2D axis.

Propella Therapeutics dosed the first patient in the Phase I/IIa trial of PRL-02 (abiraterone decanoate) for metastatic prostate cancer. PRL-02 is a next-generation androgen biosynthesis inhibitor, a patented prodrug of abiraterone designed for lymphatic targeting of tissues and tumors that express the CYP17 enzyme.

BRIM Biotechnology has been given the go-ahead by the FDA to initiate a Phase III trial of BRM421 for Dry Eye Syndrome. The trial is expected to launch in 2022. BRIM421 is a first-in-class peptide derived from the company’s stem cell regenerative, Short Peptide (PDSP) technology platform.

Cerevel Therapeutics announced positive data from its Phase Ib trial of CVL-231 in adults with schizophrenia. The drug is a novel muscarinic M4-selective Positive Allosteric Modulator (PAM). The drug was generally well-tolerated and demonstrated clinically meaningful antipsychotic activity in both the 30 mg once-daily and 20 mg twice-daily doses.

Iovance Biotherapeutics announced clinical results for its tumor infiltrating lymphocyte (TIL) therapy LN-145 in patients with metastatic non-small cell lung cancer (mNSCLC). The data was on patients enrolled in Cohort 3B of the ongoing basket study IOV-COM-202. These patients had progressed on previous checkpoint inhibitor therapy, including patients with oncogene-driven cancers who had received previous tyrosine kinase inhibitor (TKI) therapy. The overall response rate (ORR) was 21.4%, with one complete response and five partial responses. The disease control rate (DCR) was 64.3% after a single treatment. Median duration of response (MDR) was not reached at the median follow-up of 8.2 months.

Axcella activated initial clinical sites and patient screenings for its Phase II trial of AXA1665 for recurrent overt hepatic encephalopathy (OHE). The drug is a multi-targeted oral candidate. It is a composition of eight amino acids and derivatives designed to target multiple metabolic pathways intersecting key organ systems, including the liver, muscle and gut.

Histogen initiated its Phase I/II trial of HST 003 to regenerate hyaline cartilage in combination with a microfracture procedure. HST 003 is a human extracellular matrix implanted within microfracture interstices and the cartilage defect in the knee.

Rafael Pharmaceuticals presented data on its Phase Ib/II trial of devimistat in pancreatic and biliary tract cancer. Devimistat is a first-in-class compound that targets enzymes involved in cancer cell energy metabolism located in the mitochondria of cancer cells. The company also announced positive preplanned interim futility analysis of the ARMADA 2000 Phase III trial of devimistat for r/r acute myeloid leukemia. It was found to be non-futile and the committee recommended continuing the trial as is.

Saniona dosed the first patient in its Phase I trial of SAN711 for rare neuropathic disorders. The drug is a first-in-class positive allosteric modulator of GABA-A alpha3 receptors. Initially it has been tested in models of neuropathic pain.

Ocuphire Pharma announced the VEGA-1 Phase II trial of Nyxol in combination with low-dose pilocarpine (LDP) in presbyopic subjects hit its primary and many secondary endpoints. Presbyopia is far-sightedness.

Sanaria published data from its Phase I trial of PfSPZ-CVac (CQ) vaccine against malaria. In six subjects, it protected 100% against a variant malaria parasite three months after their last dose of the vaccine. The variant parasite used is a Brazilian malaria parasite genetically more variant from the African parasites.

Sequana Medical announced positive results from the second interim analysis of the POSEIDON Phase III study of the alfapump for recurrent or refractory ascites due to liver cirrhosis.  The data in the Roll-In Cohort are consistent with the previous interim data, including positive outcomes against all primary endpoints and a rapid and persistent clinically important improvement in quality-of-life measures. They expect to add another 10 patients in the Pivotal Cohort based on the analysis of attrition between study enrollment and alfapump implantation. Alfapump is a fully implanted wireless device that automatically pumps fluid from the abdominal cavity into the bladder, where it is naturally eliminated through urination.