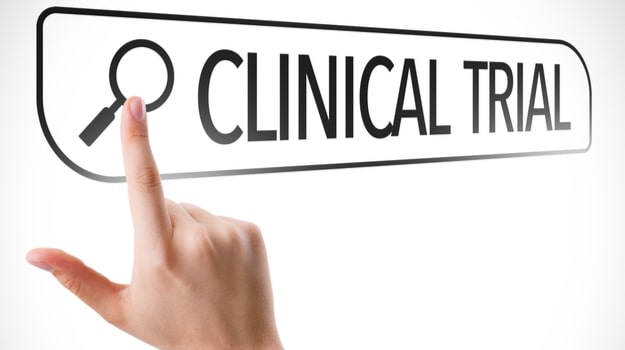 It was an enormously busy week with plenty of announcements from the American Society of Hematology (ASH) meeting and numerous companies working to get the news out ahead of the holidays and year-end. Here’s a look.

Pfizer reported final data from its Phase II/III EPIC-HR trial of its oral antiviral drug Paxlovid (nirmatrelvir and ritonavir) in COVID-19. The data was consistent with earlier reported interim analysis in November. The drug significantly decreased the risk of hospitalization or death by 89% compared to placebo in non-hospitalized, high-risk adults with COVID-19 within three days of symptom onset. It also decreased the risk of hospitalization or death for any cause by 88% compared to placebo in people treated within five days of showing symptoms, which was an increase from 85% in the interim data.

Atea Pharmaceuticals announced it will be closing out its Phase III MORNINGSKY trial of AT-527 for COVID-19 and amending the ongoing Phase II trial in hospitalized patient to expand enrollment to unvaccinated, high-risk outpatients. AT-527 is an oral direct-acting antiviral.

Axcella Therapeutics initiated patient screening for the Phase IIa trial of AXA1125 for Long COVID. The drug is a multi-targeted EMM composition made up of five amino acids and an amino acid derivative that works via multiple biological pathways.

Nurix Therapeutics received the go-ahead in the UK to initiate a Phase I trial of NX-5948 in relapsed/refractory (r/r) B-cell malignancies. NX-5948 is a BTK degrader.

Janssen Pharmaceutical and Legend Biotech announced longer-term results from the Phase Ib/II CARTITUDE-1 study of ciltacabtagene autoleucel in r/r multiple myeloma. The therapy is a B-cell maturation antigen (BCMA)-directed CAR-T therapy given in a single infusion.

Regeneron Pharmaceuticals announced new results for higher dose level cohorts of  the Phase I portion of the Phase I/II trial of REGN5458 in r/r multiple myeloma. The drug is a bispecific antibody. The study found a 51% overall response rate (ORR) across all dose groups, rising to 75% in patients receiving the higher dose.

Genentech and City of Hope announced data from a Phase I/II trial of mosunetuzumab in follicular lymphoma. Patients achieved high response rates with 80% of patients responding positively and 60% had a CR. The drug is a bispecific antibody, one arm targeting CD3 and other CD20.

Immunicum presented positive data from its ADVANCE II Phase II trial of DCP-001 in AML. The data demonstrated the drug’s ability to convert or significantly reduce detectable minimal residual disease. It is an allogeneic cell therapy that leverages dendritic cell biology to transform an enhanced leukemic cell, DCOne into an effective cancer vaccine.

X4 Pharmaceuticals announced new positive efficacy and safety data from the ongoing Phase Ib trial of mavorixafor with ibrutinib for Waldenstrom’s macroglobulinemia and confirmed MYD88 and CXCR4 mutations. Mavorixafor is an oral small-molecule antagonist of the CXCR4 receptor. Ibrutinib is Janssen and Pharmacyclics’ BTK inhibitor Imbruvica.

Aptose Biosciences reported data from its Phase I/II study of HM43239 in r/r AML. The drug is a myeloid kinome inhibitor.

Imara announced a change to the primary endpoint for the Ardent Phase IIb trial of tovinontrine in sickle cell disease. The FDA recommended the company change the primary endpoint to be annualized rate of VOCs instead of fetal hemoglobin (HbF) response. Tovinontrine is a highly selective and potent small molecule inhibitor of phosphodiesterase-9 (PDE9).

Mustang Bio updated data from the Phase I/II trial of MB-106 in r/r B-cell NHL and CLL. The drug is being developed with Fred Hutchinson Cancer Research Center. It is a CD20-targeted, autologous CAR-T cell therapy.

OSE Immunotherapeutics announced the continuation of its Phase II study of OSE-127/S95011 in ulcerative colitis after the Interim Futility Analysis. The drug is an anti-IL-7 receptor antagonist.

Apellis Pharmaceuticals and Swedish Orphan Biovitrum (Sobi) announced new data showing that Empavaeli/Aspaveli (pegcetacoplan) provided consistent, sustained normalizing of clinical measures across patients with paroxysmal nocturnal hemoglobinuria (PNH) who are treatment-naïve and with baseline hemoglobin levels greater than or equal to 10.0 g/dL. The data was from the Phase III PRINCE study.

Kura Oncology announced final data from a Phase II trial of tipifarnib as a monotherapy in r/r T-cell lymphoma. It demonstrated an ORR of 56% and a median OS of 32.8 months in heavily pretreated patients with angioimmunoblastic T-cell lymphoma. The drug is an orally bioavailable inhibitor of farnesyl transferase in-licensed from Janssen, a Johnson & Johnson company.

Agios Pharmaceuticals reported data from the ongoing long-term extension period of the Phase II trial of mitapivat in non-transfusion dependent alpha- or beta-thalassemia. The drug is a first-in-class, oral, small molecule allosteric activator of wild-type and a variety of mutated pyruvate kinase (PK) enzymes.

Biofrontera enrolled the first patient in the Phase IIb trial of Ameluz in combination with the red-light lamp BF-RhodoLED for moderate-to-severe acne with photodynamic therapy (Ameluz-PDT).

Arcellx announced new positive data from the ongoing Phase I expansion study of its CART-ddBCMA for r/r multiple myeloma. Of the 24 patients dosed, 22 were evaluable for safety and 19 for efficacy.

Albireo Pharma presented Phase III PEDFIC 1 and 2 data on the efficacy and tolerability of Bylvay in reducing pruritus and serum bile acids. Bylvay (odevixibat) is approved in the U.S. for pruritus in patients 3 months of age and older in all types of progressive familial intrahepatic cholestasis (PFIC).

xBiotech received the go-ahead from the FDA to initiate a clinical trial of Natrunix in rheumatology. The therapy is the company’s True Human antibody candidate. The antibodies are derived without modification from individuals who have natural immunity to certain diseases. It is a Phase I trial.

ORYZON presented data from the Phase IIa ALICE trial of iadademstat in combination with azacytidine in elderly or unfit patients with AML. The drug is a small oral molecule, a highly selective inhibitor of the epigenetic enzyme LSD1.

Arcutis Biotherapeutics presented data from a 40-patient intraindividual study of its proprietary cream vehicle showing it had similar moisturizing properties as a commercially marketed, dermatologist-recommended, ceramide-containing moisturizer in adults with mild eczema.

Rafael Pharmaceuticals published data from its Phase II trial of CPI-613 (devimistat) for r/r Burkitt lymphoma/leukemia or high-grade B-cell lymphoma. The study is ongoing. The drug is a first-in-class therapy that targets the mitochondrial TCA cycle.

Intellia Therapeutics dosed the first patient with NTLA-2002 for hereditary angioedema (HAE).  The therapy is an in vivo CRISPR/Cas9 genome editing candidate.

Shanghai Junshi Biosciences and Coherus BioSciences announced positive data from an interim analysis of OS from the CHOICE-01 Phase III trial of toripalimab in combination with chemotherapy as first-line treatment for non-small cell lung cancer. Toripalimab is an anti-PD-1 monoclonal antibody.

Precigen presented positive interim data from its ongoing Phase I/Ib trial of PRGN-3006 UltraCAR-T in r/r acute myeloid leukemia (AML) and higher risk myelodysplastic syndromes. The therapy is a multigenic autologous CAR-T that simultaneously expresses a CAR that targets CD33, and membrane bound IL-15, and a kill switch to conditionally eliminate CAR-T cells to improve the safety profile. The presentation included data from 15 r/r AML patients in the non-lymphodepletion cohort and the lymphodepletion cohort.

Attralus announced new clinical data from the University of Tennessee from its Phase I/II trial of 124I-AT-01 for systemic amyloidosis. The drug is a pan-amyloid binding peptide in development as a radiotracer.

Acelyrin, Affibody and Inmagene Biopharmaceuticals announced a 16-week, global, Phase II trial of izokibep in psoriatric arthritis hit its primary endpoint at the interim analysis. The drug is a unique, antibody mimetic, interleukin-17A inhibitor. The primary endpoint was ACR50 at 16 weeks.

Sterna Biologicals dosed the first patient in its Phase IIa trial of SB010 in moderate to severe asthma. The drug is a liquid formulation of a catalytic antisense oligonucleotide that contains human GATA-3-specific DNAzyme hgd40.

HiberCell announced a clinical trial collaboration with Merck to evaluate odetiglucan, a Dectin-1, pattern recognition receptor agonist, with Merck’s checkpoint inhibitor Keytruda (pembrolizumab). They will test the combination in a Phase II trial in patients with metastatic breast cancer.

Cidara Therapeutics and Mundipharma announced positive topline data from the ReSTORE Phase III trial of rezafungin as first-line treatment for candidemia and invasive candidiasis. The drug is a once-weekly antifungal.

Galera Therapeutics announced that corrected results from its Phase III ROMAN trial of avasopasem for RT-induced severe oral mucositis (SOM) in patients with locally advanced head and neck cancer (NHC) hit statistical significance in reduction in the incidence of SOM. It has previously announced it did not achieve statistical significance, the primary endpoint, but they identified an error by the CRO, and correction of it improved p-values for the primary and secondary endpoints.

Recce Pharmaceutical recruited 10 healthy males for its Phase I trial of R327. The drug is an intravenous and topical therapy, a broad-spectrum synthetic polymer antibiotic, being developed to treat sepsis.

Avita Medical completed enrollment in its Phase III trial of its RECELL System for repigmentation of stable vitiligo. The system is approved in the U.S. for treatment of acute thermal burns. The system is used to prepare Spray-On Skin Cells using a small amount of a patient’s own skin.

KemPharm announced topline data from its Phase I trial of serdexmethylphenidate (SDX) delivered at doses higher than in the AZSTARYS development program. AZSTARYS is a once-daily product approved for treatment of ADHD in patients six years and older and is commercialized in the U.S. by Corium. SDX is KemPharma’s prodrug of d-methylphenidate (d-MPH) and the primary active pharmaceutical ingredient in AZSTARYS.

Pharma Two B announced that its Phase III trial of P2B001 in early Parkinson’s disease successfully hit is primary and key secondary endpoints. The drug is a novel fixed-dose combination of extended-release formulations of pramipexole and rasagiline, with both doses lower than in their respective marketed products. The combination as superior to each of its individual components.

Lyell Immunopharma announced the FDA gave it the go-ahead for a Phase I trial of LYL797. The therapy is a CAR T-cell therapy for patients with receptor tyrosine kinase-like orphan receptor 1-positive solid tumors.

Fortress Biotech and Helocyte initiated a Phase II trial of Triplex, a cytomegalovirus vaccine. It is being tested for safety and efficacy in eliciting a CMV-specific immune response and reducing CMV replication in people with HIV.

UCB announced positive top-line interim analysis from the Phase III BE MOBILE 2 trial of bimekizumab in adults with active ankylosing spondyloArthritis. It hit the primary endpoint of proportion of patients who achieved the Assessment of SpondyloArthritis International Society 40 (ASA40) response at week 16.

Kura Oncology dosed the first patient in a Phase I/II trial of tipifarnib with alpelisib in head and neck squamous cell carcinoma patients who were HRAS- and/or PIK3CA-dependent. Tipifarnib is Kura’s farnesyl transferase inhibitor. Alpelisib is Novartis’ PI3K inhibitor.

Diffusion Pharmaceuticals dosed the first patients in its ILD-DLCO trial of trans sodium crocetinate in previously diagnosed interstitial lung disease patients. The drug is designed to enhance the diffusion of oxygen to tissues with low oxygen levels (hypoxia).

Erasca received clearance to launch a study of ERAS-801 for recurrent glioblastoma multiforme. The drug is an oral small molecule EGFR inhibitor.

Vincerx Pharma dosed the first patient in a Phase I trial of VIP152 in r/r CLL or Richter Syndrome. The drug is a CDK9 inhibitor.

uniQure announced initial observations on the first four patients in its lower-dose cohort of its ongoing Phase I/II trial of AMT-130 for Huntington’s disease. The data supports the tolerability of the drug, which is a potential one-time gene therapy.

Applied Therapeutics launched a Phase II/III trial of AT-007 in SORD Deficiency. AT-007 is a novel CNS penetrant Aldose Reductase Inhibitor.