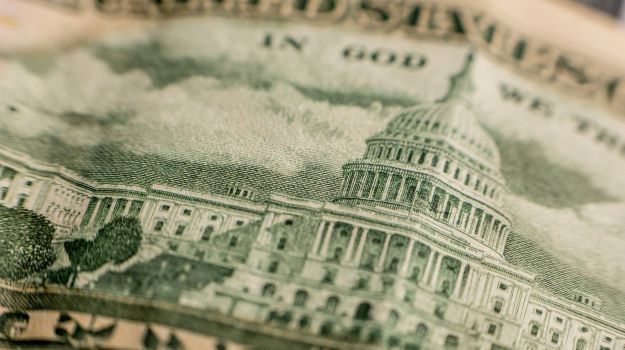 As the market seems to be taking a turn against biotech stock, more companies are opting for private funding instead of going public for the moment. And VC firms are happy to stand in the gap.

Deciding to forego the tumultuous market, Kallyope opted instead for a Series D and landed a whopping $236 million. The NY-based biotech focuses on the gut-brain axis, a bi-directional communication between the gastrointestinal tract and the brain. Researchers believe this communication plays a significant role in various illnesses, including obesity, diabetes, NASH, functional gastrointestinal disorders, inflammatory disorders, depression, autism and Parkinson’s disease. Funds from this raise will funnel into the four compounds already in the clinic for programs on Type 2 diabetes, obesity and diseases of the GI barrier, as well as advance the other 20 programs and molecules in the pipeline.

Two years post-launch and Ventus is boosting its funding with a hearty $140 million Series C round. Ventus has three lead programs lining up to hopefully reach the clinic in 2023 to target critical modulators in the innate immune system that have been implicated in human disease. The company will also be expanding its R&D staff to support additional pipeline programs and scaling its ReSOLVE platform for “undruggable” targets.

Launching out of Watertown, Massachusetts with $101 million, Seismic is focused on two programs and the further development of its IMPACT platform for immunology drug discovery. By pairing machine learning with protein engineering, structural biology and translational immunology, Seismic bypasses the trial-and-error methods of traditional R&D. Its lead programs target immunoglobulin-mediated and cell-mediated autoimmunity.

Backed by Eli Lilly and Pfizer's investment arms, Arkuda is seeking to disrupt the spiral of neurodegenerative disease using lysosomal and microglial biology. With its recent $64 million Series B, the biotech is targeting disease linked to biological dysfunction of the key protein progranulin. The company hopes to treat frontotemporal dementia and other neurodegenerative diseases by directing specially-designed molecular compounds at the proprietary molecular target to correct for the genetic imbalance.

With the Berlin brothers at the helm, Terray launched Tuesday with a $60 million Series A to add to the coffer with $20 million in seed money. Using a closed-loop system to generate precise chemical datasets, Terray employs AI to map biochemical interactions between small molecules and causes of disease. According to the CEO brother, Jacob, drug discovery is not an algorithm problem, it’s a data problem. Without naming its collaborators, Terray hopes to target immunology first. This fresh funding will support the company's internal pipeline, moving toward clinical studies.

Developing vaccines for infectious disease, Curevo scooped up $60 million in its Series A last week. The cash will fund a 678-patient Phase IIb trial testing its shingles vaccine. CRV-101 has a leg up on current vaccines due to its design – less adjuvant, meaning fewer side effects. Compared to GSK’s shingles vaccine, CRV only causes life-disrupting side effects in 1.3% of patients versus Shingrix’s 16.6% of patients.

Bayer’s investment arm is taking another “leap” for cell therapies by investing in San Francisco’s Indapta. The company is harnessing a subset of the body’s natural killer cells, the G-NK cells, to create an off-the-shelf therapeutic donated from healthy donors without any need for genetic engineering. Proceeds from the $50 million Series A will fuel its lead candidate toward a new drug application (NDA) and into clinical trials, hopefully later this year. New CEO Mark Frohlich is taking the helm from the founding CEO who will, in turn, take on the CSO role.

Also based in San Fransisco, Electra added a cool $84 million to its coffers with a Series B co-led by Westlake Village BioPartners and OrbiMed. Electra's launch funding came from its parent, Star Therapeutics. The funds will enable Electra to reach proof of concept with lead candidate ELA026, which targets specific signal regulatory proteins (SIRP) proteins to deplete targeted pathological immune cells in the hopes of treating diseases like secondary hemophagocytic lymphohistiocytosis (sHLH), a life-threatening inflammatory disease. Electra will also leverage the new cash to advance other preclinical programs in immunology and immuno-oncology.