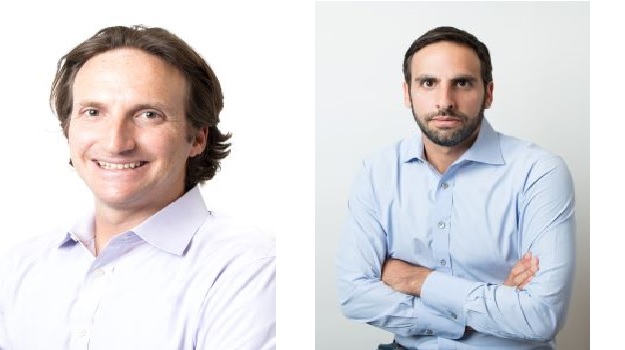 Terray Therapeutics, the latest new company in AI drug discovery and development, launched Tuesday with $60M in Series A financing. This comes shortly after it received $20 million in seed funding.

Given the number of investors who joined the latest funding round, there appears to be a very strong interest in what Terray can do. The company, headed by two brothers, uses a closed-loop system to generate precise chemical datasets. It works with AI drug discovery to systematically map biochemical interactions between small molecules and causes of disease. High diversity compound libraries are synthesized, screened and measured in minutes. In fact, the “chemistry engine” is built to measure hundreds of millions of compounds rapidly.

The process begins by building combinatorial libraries on nanoparticle beads which are then immobilized in miniaturized reusable chips the size of a nickel which can hold 32 million compounds and are the world’s most ultra-dense microarray technology. The chips are then exposed to a target of interest and the affinity of binding between every compound on the chip and the target is measured in less than five minutes. From there, AI is used to determine and prioritize which molecules should move forward, followed by a process that rapidly resynthesizes prioritized compounds in high purity.

By leveraging these capabilities, the company can find ways to better understand how the chemical space operates and eventually deliver treatments to otherwise inaccessible targets faster and more efficiently.

“AI Drug discovery isn’t an algorithm problem,” said Jacob Berlin, Ph.D., CEO of Terray Therapeutics in an interview with BioSpace. “It’s a data problem. We’ve uniquely built this platform to make tests and iterate them in unsurpassed scale and precision. We’re able to measure a huge amount of chemical data, predict what should come next, and go and make that chemical data and test it. That really tight narrative loop at unmatched scale and precision is what sets us apart and gives us the opportunity to solve problems other people can’t.”

Terray plans to use the newfound financing to support its internal pipeline by moving forward with studies, increasing scale, and advancing integrated partnership work. Although the company was unable to speak about any current collaborations, it hopes to target immunology as a first foray, with a specific eye on autoimmune diseases. This is because the platform is advantageous for both selectivity and safety of compounds that could be useful in helping to turn on or off certain sequences that promote aberrant immune functioning. However, Berlin stated that the AI drug discovery platform itself is “agnostic”.

“I think in time, with the fullest realization of the technology potential, we will address many, many different therapeutic areas. CNS, metabolic, all these things,” he said.

Looking to the future, Terray is working on moving compounds into its preclinical pipeline and working on Investigational New Drug applications with the ultimate goal of translating its therapeutics to meet patient needs. Terray’s technology is developed and supported by leaders from the pharmaceutical industry with over 20 years of pharmaceutical development, as well as experience in AI and machine learning design.

“There’s really no one in a better position to solve these intractable problems of human health and drug discovery and development than Terray. We couldn’t be more excited about where we are today and the possibilities that sit ahead both for the company and for patients in need,” said Terray CFO Eli Berlin.