Hospital and Healthcare Systems Have Their Say at JP Morgan Conference, Too 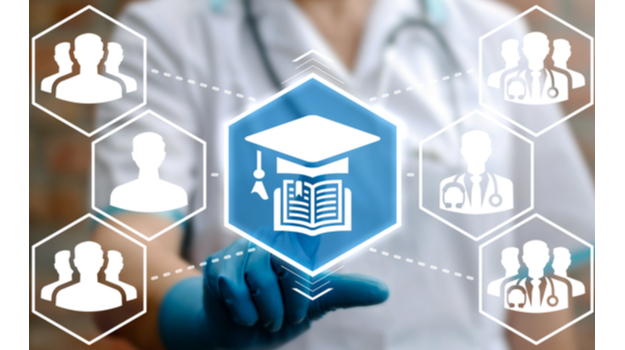 With the JP Morgan Healthcare Conference ending today, it’s worth noting the word “healthcare” in the title, not “biopharma.” It’s not as if the biotech and pharmaceutical industry isn’t part of healthcare, but BioSpace’s reporting focuses on biopharma. Here’s a look at some of the more healthcare-oriented stories coming out of San Francisco this week.

Larry Merlo, CVS Health Corp’s chief executive officer, discussed proposals the company is evaluating that include drugstores that incorporate the Aetna combination. The first pilot store will open in February in Houston. It will include expanded healthcare services, including a “concierge” to answer questions. Merlo indicated that most if its current clinics had extra capacity and scaling it out wasn’t difficult.

“I want to unequivocally state CVS Health and Aetna are one company and our transformation work is already underway,” Merlo said in his presentation. “We’re already rolling out products and services that benefit clients by helping their members achieve their best health at a lower cost.”

Alex Gorsky, chief executive officer of Johnson & Johnson told investors at the conference that the biopharma industry should be reasonable and transparent in drug pricing, and if they don’t police themselves, they probably won’t like how the government does it. “If we don’t do this as an industry, I think there will be other alternatives that will be more onerous for us,” Gorsky said.

Marc Harrison, president and chief executive officer of Intermountain Healthcare discussed best practices, noting that taking fewer blood samples from its neonatal intensive care unit (NICU) babies led to fewer infections. Although that’s hardly surprising, it also resulted in a two-week earlier discharge. Harrison also, like many at the conference, discussed drug pricing. He discussed how Intermountain Healthcare had launched Civica to address generic drug prices, and it currently had about 500 hospital members. And even more astonishing, about a third of hospitals in the U.S. have inquired about joining Civica.

Civica Rx was launched in 2018 by Intermountain and six other hospital system as a not-for-profit generic drug company. It expects to have its first products on the market sometime this year. Harrison noted Civica won’t necessarily produce the pills themselves if the generic manufacturers will “engage appropriately.”

Byron Jobe, chief executive officer of Vizient, the largest group purchasing organization in the U.S., announced the GPO is seeing faster revenue growth in its performance improvement segment. Although GPO makes up more than 65 percent of its $1.2 billion annual revenue, the rest comes from performance improvement. “We are providing more comprehensive services outside of the GPO to these members as we see more same-store growth,” he said.

Ron Rittenmeyer, chief executive officer of Tenet Healthcare, in an interview at JP Morgan, indicated he was still interested in selling the company’s Conifer Health Solutions, a revenue cycle subsidiary. He told investors that “under Tenet’s ownership or under a different ownership structure,” Conifer is well-positioned for revenue growth.

Anthony Speranzo, chief financial officer of Ascension, told investors the health system had $10.5 billion in total operating revenue in the first five months of its fiscal 2019, which was 12 percent higher than the same period in fiscal 2018. Most of it came via the acquisition of Presence Health. In addition, he said that Ascension’s investment in Chicago-based R1 RCM has returned over $500 million in value.

And finally, Dennis Dahlen, Mayo Clinic’s chief financial officer, noted that the health system’s Destination Medical Center campus in Rochester, Minnesota will include a co-lab dubbed Discovery Square One. It is designed to improve collaboration between biotech companies, physicians and scientists.

“It’s designed to equip and support inspiring innovators from design to exit,” Dahlen told the attendees.

The Destination Medical Center is a $5.6 billion project that is planned to anchor the medical center and research in Rochester. It plans to spend $908 million over the next three to five years on construction projects related to it.