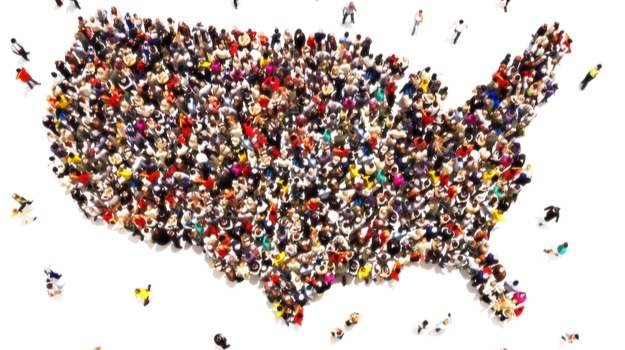 Since COVID-19 began its sweep across the United States, data has shown the disease caused by the novel coronavirus has disproportionately impacted racial and ethnic minority groups across the country.

While there is no hard data as to why minority populations are more critically impacted, there are some thoughts, including higher rates of hypertension and diabetes, as well as a higher rate of smoking and vaping. Living conditions that are more crowded and have a higher exposure to air pollutants, due to proximity to freeways or industrial areas, could also play a role. Those ideas, along with the higher incidents of more severe illness from COVID-19, were recently discussed during an American Lung Association briefing on the virus and that organization’s efforts to address the disease, as well as future pandemics.

According to a report analyzing racial and ethnicity data of 580 confirmed COVID-19 patients by the U.S. Centers for Disease Control and Prevention, there was a higher rate of hospitalized patients among minorities. In a CDC study of COVID-19 death rates in New York, there was a higher number of minorities, African Americans and Hispanics who succumbed to the disease compared to Caucasian and Asian patients.

Not only have minority populations been harder hit by COVID-19, historically they have been underserved by the life sciences community, particularly when it comes to clinical studies. Some studies have shown that medications that treat a broad population of patients are less effective in minorities, such as the asthma drug albuterol. The commonly-prescribed inhaled medication has been shown to be less effective in African American and Puerto Rican children compared with European American and Mexican children.

With those issues in mind, Bay Area-based Genentech launched a new study assessing its rheumatoid arthritis drug Actemra as a potential treatment for COVID-19 with an eye toward increasing diversity and inclusion among patients treated. The new EMPACTA (Evaluating Minority Patients with Actemra) study, is a Phase III trial that will evaluate the safety and efficacy of the drug in COVID-19 patients hospitalized with pneumonia in facilities that largely treat underserved and minority patient populations. The first patient was treated on May 14 in New York, and the goal is to enroll about 375 patients at approximately 40 sites across the United States.

Jamie Freedman, head of U.S. Medical Affairs at Genentech, told BioSpace that the Roche subsidiary is deeply committed to advancing research that will address some of the healthcare disparities experienced by underrepresented people of color. With COVID-19 being one of the most urgent healthcare crises, Genentech launched this latest study of Actemra. One of the study sites Genentech will use in the EMPACTA trial is Ochsner Medical Center in Louisiana, where one of the first trial patients was enrolled, Freedman said.

"At Genentech, we are deeply committed to addressing barriers to clinical trial participation and advancing inclusive research for underrepresented racial and ethnic groups. Recognizing that the COVID-19 pandemic may be disproportionately affecting underserved populations, we initiated the EMPACTA trial specifically designed to evaluate the efficacy and safety of Actemra in patients hospitalized with COVID-19 pneumonia at sites that treat a high proportion of underserved and minority patients," Freedman said.

African Americans in Louisiana have been particularly hard hit by COVID-19. African Americans make up about 32% of Louisiana’s population but represent nearly three-fourths of the COVID-19 cases in that state. And that disproportionate infection rate has been seen across the United States, Albert Rizzo, chief medical officer of the American Lung Association said last month during a call with BioSpace.

Those statistics are why Genentech initiated this particular study of Actemra, Freedman said.

Actemra (tocilizumab), an IL-6 inhibitor, is already being studied by Genentech in COVID-19 patients. Roche already launched the Phase III COVACTA trial in patients who have severe COVID-19 caused pneumonia. Results from that trial are expected this summer. Interleukin inhibitors are being assessed as potential treatments for cytokine storms that impact severely ill COVID-19 patients. The IL-6 protein triggers the body’s immune and inflammatory response to fight infections. But, in the case of those patients where their immune system overreacts, inhibiting IL-6 could keep the body from attacking itself. Freedman said the company is still actively enrolling patients in the COVACTA study.