The Importance of Diversity in Clinical Trials (Because Right Now, It's Lacking) 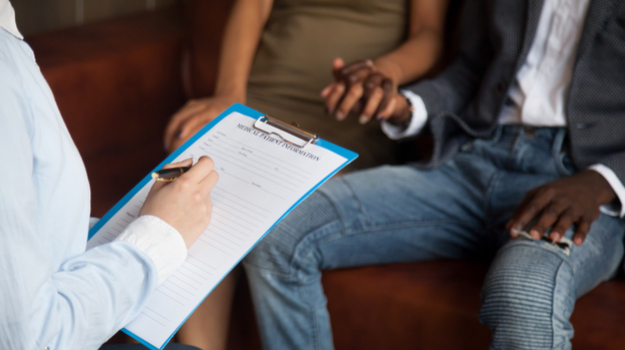 A ProPublica article recently examined the lack of diversity in cancer drug clinical trials: “Stark under-representation of African Americans is widespread in clinical trials for cancer drugs, even when the type of cancer disproportionately affects them.” Black participants made up less than 5 percent of the trials for 24 of the 31 cancer drugs approved since 2015.

The prevalence of certain cancers is disproportionate to the racial diversity of participants in clinical trials aiming to cure those cancers. For example, although African Americans make up 20 percent of U.S. multiple myeloma patients and are twice as likely as white Americans to be diagnosed, they only accounted for 4.5 percent of participants in multiple myeloma trials since 2003.

The lack of diversity isn’t limited to African Americans – most clinical trials lacked participation from other minorities too. Although Asians are well represented in some foreign trials, they only accounted for less than 2 percent of the U.S.-based trials. Native American participants weren’t reported in nearly two-thirds of the trials. In contrast, African Americans, Asians and Native Americans make up about 13, 6 and 1 percent, respectively, of the U.S. population.

Although race is thought of as a social concept, ‘there’s growing evidence that, whether for environmental or genetic reasons, drugs may have different effects on different populations.’ One example is of the common asthma medication albuterol, which is less effective in African American and Puerto Rican children compared with European American and Mexican children. In an analysis of the demographics of multiple myeloma clinical trials, scientists at the Food and Drug Administration (FDA) wrote that “meaningful differences may exist in multiple myeloma disease biology, presentation, and response to treatment in blacks compared to whites.”

Minorities often don’t participate in trials due to logistical challenges, financial burdens and lingering distrust from past victimization in medical experiments.

The most infamous case, the Tuskegee Syphilis study, involved researchers knowingly withholding treatment from black men with syphilis, without their informed consent, to study the natural progression of the disease. Another example involves sterilizing thousands of Native American women without their consent.

Minorities are also less likely to have health insurance due to financial reasons. They are more likely to have other health issues, such as high blood pressure and diabetes, and die from certain diseases, like heart disease, than white Americans. Due to increasingly stringent trial inclusion criteria, having multiple conditions often precludes those patients from participating.

Income represents another barrier in trial participation, discouraging patients who can’t cover treatments that are a part of the trial, afford to take days off of work, commute long distances for care or find child care. The experimental drug is free, and patients are usually reimbursed for food and travel costs, but biopharma companies don’t pay too much, to avoid the appearance of enticing patients to participate. Patients in households making less than $50,000 per year were 27 percent less likely to participate in trials. The African American median household income in 2017 was about $40,000, compared with $68,000 for non-Hispanic white Americans.

Balancing the Benefits and Risks

Clinical trials are inherently risky – testing a new drug or therapy first for safety then efficacy is especially tricky when dealing with life-threatening diseases, like cancer. Unknown side effects and health setbacks are all possible. However, these new treatments are being tested because they are believed to provide better outcomes, and hope, for difficult-to-treat cancers.

“Even in the first phase of clinical testing, which is aimed at making sure a drug is safe, 20% of cancer patients now see their tumors shrink or disappear, up from 5% in the early 1990s,” Karen Kelly, the associate director for research at UC Davis Comprehensive Cancer Center, told ProPublica.

There are many benefits from having a higher enrollment of minority participants in clinical trials: Underserved communities could have improved access to novel therapies, the U.S. population would be more accurately represented in clinical trials, the disease biology would be better understood in various races and the drug’s efficacy would be ensured across different populations.

Simply mimicking the U.S. population percentages in trials may not be enough to draw statistically significant conclusions based on race. For example, including only 6 Asian or 1 Native American participant in a trial of 100 people wouldn’t provide enough data to generalize results for the whole race.

Balancing strict clinical enrollment criteria based on the disease and other health conditions while seeking a diverse patient population may prove tricky. While increasing diversity is important, it may also delay the trial by finding the right patients to enroll. The time it takes to recruit patients must be balanced with the need for a timely approval to get the drug to more patients.

Increasing trial time to obtain a racially diverse patient population would likely be more expensive. Biopharma companies would need to offset those costs by raising prices or decreasing the number of drugs in development, both of which would make the new drugs less accessible to patients. However, the increased short-term expenses may be outweighed by the costs saved through disease prevention and improved treatment.

One way to increase minority enrollment could be through government regulations. Some people believe that biopharma companies aren’t likely to focus on minority recruitment unless the government pressures them to do so.

In 2015, the FDA started publishing “Drug Trials Snapshots” detailing the demographics of clinical trials for newly approved drugs. The FDA has called out the lack of diversity but hasn’t set quotas or guidelines for participation based on race.

"The FDA believes that enrollment should reflect the patients most likely to use a medical product," spokeswoman Gloria Sanchez-Contreras told ProPublica. The FDA "does not have the regulatory authority to require specific levels of minority representation in clinical trials," but encourages diversity.

Another option may involve biopharma companies dedicating resources to educate clinical trial leaders on how to diversify recruitment. Of the 31 cancer drug trials that ProPublica examined, the two with the highest black participation – the multiple myeloma drug Darzalex and the soft tissue cancer drug Yondelis – were both made by Johnson & Johnson, who has an internal group on trial diversification. The group also encouraged minority physicians to run the trials because some patients prefer being treated by doctors of their own race or gender.

An impactful way of improving diversity may be through patient education and rebuilding minority’s trust in medical research. Increasing communications between doctors and patients and informing patients of the option to participate in trials early in their diagnosis will be key.

While minority participation based on race has room for improvement, trial diversity is moving in the right direction by including women and children more frequently than 20 years ago.