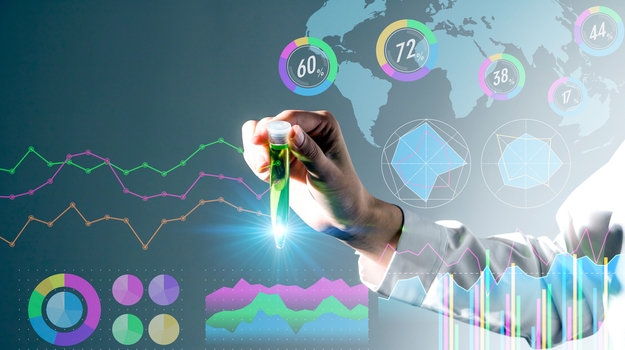 It was a particularly busy week in clinical trial news, largely because of the American Society of Hematology (ASH) Annual Meeting, although it’s likely that companies are attending conferences and making announces ahead of the holidays, as well. Here’s a look.

Bristol-Myers Squibb announced positive results for lisocabtagene maraleucel (liso-cel) in three studies at the American Society of Hematology (ASH) Annual Meeting. The trials included an evaluation of liso-cel in relapsed or refractory chronic lymphocytic leukemia or small lymphocytic lymphoma (CLL/SLL), the TRANSCEND CLL 004 study; the PILOT study, which looked at second-line patients with relapsed or refractory large B-cell non-Hodgkin’s lymphoma (NHL) patients who were not eligible for high-dose chemotherapy and hematopoietic stem cell transplant; and an analysis of patients with relapsed/refractory large B-cell non-Hodgkin lymphoma who received liso-cel in the outpatient setting.

KalVista Pharmaceuticals announced that its Phase II clinical trial of KVD001 in patients with diabetic macular edema (DMA) did not meet its primary endpoint. The KVD001 Phase II trial was evaluating patients with DME who were poor responders to earlier treatment with anti-VEGF therapy. The primary efficacy endpoint was change in best corrected visual acuity (BCVA) at 16 weeks compared to sham (placebo) treatment.

AstraZeneca and Daiichi Sankyo presented positive data from their Phase II single-arm DESTINY-Breast01 trial of trastuzumab deruxtecan (DS-8201) in HER2-positive metastatic breast cancer patients who received two or more previous HER-2 targeted regimens. The objective response rate (ORR), which was the primary endpoint, was 60.9% with the drug alone. These patients had already undergone about six previous treatments. On the trastuzumab treatment, they showed no further disease progression for a median of 16.4 months. Typically, this patient group’s health would continue to deteriorate after approximately six months.

ORYZON Genomics presented new data from its ongoing Phase II trial, ALICE, of iadedemstat in combination with azacytidine in elderly patients with acute myeloid leukemia (AML). The data is encouraging, with 6 out of 8 evaluable patients achieving objective response, two of which were complete remission (CR). Iadademstat is an oral small molecule, a selective inhibitor of the epigenetic enzyme LSD1.

Molecular Templates presented two posters on pipeline programs at ASH. One was for an open-label, dose-escalation and expansion study of MT-3724 in relapsed/refractory diffuse large B-cell lymphoma (DLBCL). The other was a Phase IIa trial of MT-3724 in combination with lenalidomide in the same indication. MT-3724 is a novel Engineered Toxin Body (ETB), which has a high affinity for CE20+ cells and causes apoptosis.

Seqirus announced results from a prospective, cluster-randomized trial showing FLUAD, an adjuvanted trivalent influenza vaccine (aTIV), was more effective than standard non-adjuvanted trivalent influenza vaccine (TIV) in reducing the risk of all-cause hospitalizations, as well as hospitalization for flu and pneumonia, in adults in the US 65 years and older in nursing homes during the 2016/2017 flu season. The study evaluated 823 nursing homes.

Alkahest presented data from its Phase IIa trial of AKST6019-201 in mild-to-moderate Alzheimer’s disease. The trial met its primary endpoint of safety and tolerability and key secondary endpoints of cognition and functional performance. AKST6-19=201 are proprietary plasma fractions manufactured by Grifols.

Forty Seven announced update clinical data from its ongoing trial of magrolimab in combination with azacytidine for myelodysplastic syndrome (MDS) and acute myeloid leukemia (AML). As of the cutoff data, 46 patients were evaluable; in the higher-risk MDS, the ORR was 92% with 50% achieving CR, 33% achieving marrow CR and 2 presenting hematologic improvement. In untreated AML, the ORR was 64%, with nine patients hitting a CR, 3 a CR with complete blood count recovery and one with a morphologic leukemia-free state (MLFS).

ObsEva SA reported positive Phase III results from the PRIMROSE 2 trial of linzagolix for heavy menstrual bleeding due to uterine fibroids. The trial enrolled 535 women with HMB due to uterine fibroids in Europe and the U.S. The responder rate was 93.9% for women receiving 200 mg with ABT and 56.7% for those receiving 100 mg without ABT compared to 29.4% in the placebo group. Linzagolix is a novel, oral, once-daily GnRH receptor antagonist.

Viracta presented new data from its Phase Ib/IIa trial of orally administered combination of nanatinostat (Nstat) in combination with valganciclovir for EBV-associated relapsed/refractory lymphomas. The drug is an oral histone deacetylase (HDAC) inhibitor.

Portola Pharmaceuticals presented new, interim data from its ongoing Phase IIa trial of cerdulatinib, an oral SYK/JAK inhibitor. There was an ORR of 34% in the peripheral T-cell lymphoma (PTCL) cohort and 43% in the cutaneous T-cell lymphoma (CTCL) cohort.

BeyondSpring presented an abstract for its Phase III Study 106 clinical trial design with plinabulin for chemotherapy-induced neutropenia (CIN) prevention. Neutropenia is a common side effect of chemotherapy. Plinabulin is a marine-derived small molecule that sequesters tubulin heterodimers in a differentiated manner.

Syndax Pharmaceuticals announced plans to start a Phase II expansion cohort of its Phase I dose escalation trial of SNDX-6352 in patients with chronic graft versus host disease (cGVHD). SNDX-6352 is an anti-CSF-1R monoclonal antibody.

Ocugen completed 50% of enrollment in its Phase III trial for OCU300 for ocular Graft Versus Host Disease (oGVHD). OCU300 is an improved 0.18% ophthalmic nanoemulsion of brimonidine tartrate, an FDA-approved drug. The drug is being developed for ocular discomfort and redness in patients with oGVHD, which is an autoimmune condition in patients after an allogeneic bone marrow transplant.

Portola Pharmaceuticals presented new interim data from its Phase IIa trial of cerdulatinib. The drug is an oral SYK/JAK inhibitor being evaluated in patients with r/r follicular lymphoma (FL) alone or in combination with rituximab. Among the 42 patients in the cerdulatinib-only cohort, the ORR was 48%, with 7 patients achieving CR, 13 patients achieving a partial response and 10 achieving stable disease.

Iterum Therapeutics reported topline results from its SURE 3 Phase III clinical trial of an oral and intravenous penem antibiotic for infections caused by multi-drug resistant pathogens in the community and hospital settings. It missed the primary endpoint by a narrow margin—so narrow, in fact, it comes to about a single patient.

The primary endpoint agreed upon with the FDA was clinical response on Day 28 in the micro-MITT population. In that population, the difference in outcomes was 4.7% with a 95% confidence interval on the difference of -10.3% to 1.0%. In order to be defined as non-inferior, the lower limit in the difference rates needed to be greater than -10%.

Using a prespecified multiple imputation analysis required by the agency, the difference in outcomes was 4.7% with a 95% confidence interval on that difference of -9.9% to 0.5%.

Y-mAbs Therapeutics announced positive frontline data for naxitamab in neuroblastoma. The trial evaluated naxitamab and a competing anti-GD2 antibody in 34 patients with high-risk stage 4 neuroblastoma. The naxitamab group showed a 72% event free survival at 24 months compared favorably to the 63% reported at 24 months for a population of 89 patients treated with a competing anti-GD2 antibody.

GenSight Biologics reported results from the REALITY registry trial and an analysis of REVERSE and RESCUE Phase III data. The trials are of the company’s GS010 in Leber Hereditary Optic Neuropathy (LHON), a rare mitochondrial disease that leads to irreversible blindness in teens and young adults. GS010 (Lumevoq) uses a mitochondrial targeting sequence (MTS) technology platform that is a form of gene therapy addressing mitochondrial gene defects.

The latest analysis was performed after a median follow-up of about 74 months, compared to about 45 months for the 2017 primary analysis. This also included new descriptive iDFS and cardiac safety data.

The Perjeta-based treatment reduced the risk of breast cancer recurrence of death by 24% compared to Herceptin, chemotherapy and placebo. At the six-year mark, 90.6% of patients in the Perjeta cohort have not had breast cancer return, compared to 87.8% in the placebo arm. This comes to an absolute benefit of 2.8%.

Sanofi presented data on the Phase III trial of sutimlimab in primary cold agglutinin disease (CAD). The trial met its primary and secondary endpoints. Sutimlimab targets and inhibits C1s in the classical complement pathway, part of the immune system. The primary efficacy endpoint was a responder rate based on a composite of an increase in hemoglobin from baseline or reaching a hemoglobin level greater than or equal to 12 g/dL at the 26-week timepoint and the absence of transfusions from Weeks 5 to 26.

ProQR Therapeutics dosed the first patient in the Phase I/II AURORA trial of QR-1123 in autosomal dominant retinitis pigmentosa (adRP). The trial will include up to 35 adults with adRP due to the P23H mutation in the rhodopsin (RHO) gene. QR-1123 is a first-in-class RNA-based oligonucleotide designed to treat adRP due to the P23H mutation. It binds to the mutated RHO mRNA, inhibiting the mutated toxic version of the protein.

Merck announced that Keytruda, its checkpoint inhibitor, showed improvements in OS, PFS and ORR as a monotherapy for the first-line treatment of patients with metastatic nonsquamous non-small cell lung cancer (NSCLC) whose tumors expressed PD-L1 regardless of KRAS mutational status. The data was based on an exploratory analysis of the Phase III KEYNOTE-042 trial, which was presented at the European Society for Medical Oncology (ESMO) Immuno-Oncology Congress 2019 in Geneva, Switzerland.

aTyr Pharma announced results of a pre-planned, blinded interim analysis of its ongoing Phase Ib/IIa trial of ATYR1923. The drug binds to the neuropilin-2 receptor and down-regulates immune engagement in interstitial lung diseases and other immune-mediated diseases. It is being evaluated in pulmonary sarcoidosis. The drug was found to be generally safe and well tolerated.

WindMIL Therapeutics dosed the first patient in its Phase IIa trial of its marrow-infiltrating lymphocytes (MILs) for cancer immunotherapy. The dosing took place at the Sarah Cannon Research Institute in Nashville. The study will assess the safety and efficacy of MILs alone and in combination with checkpoint inhibitors.

G1 Therapeutics reported additional data from its Phase Ib/IIa clinical trial of its oral CDK4/6 inhibitor lecrociclib in combination with fulvestrant for estrogen receptor-positive, HER2-negative breast cancer. It showed that the drug had a differentiated safety and tolerability profile when dosed without a drug holiday than was seen in trials with currently marketed CDK4/6 inhibitors.

Adverum Biotechnologies reported additional data from the first cohort of its OPTIC Phase I trial of ADVM-022 in wet age-related macular degeneration. ADVM-022 is the company’s intravitreal injection gene therapy. The data is suggesting sustained efficacy for patients and manageable inflammation.

BlackThorn Therapeutics announced data supporting Phase II development of BTRX-33510. The drug is a selective kappa opioid receptor (KOR) antagonist. New data from a PET scan occupancy study in healthy volunteers confirmed that it engages KORs in the brain at levels believed to be effective in treating symptoms related to depression and other CNS disorders.

Biogen announced topline data from the Phase II PASSPORT trial of gosuranemab for progressive supranuclear palsy (PSP). PSP, also called Steele-Richardson-Olszewski syndrome, is a rare brain disorder that causes problems with walking, balance and eye movements. The PASSPORT trial did not meet its primary endpoint on the PSP rating scale (PSPRS) at week 52. It also did not show efficacy on key clinical secondary endpoints. The company indicated it is shuttering its gosuranemab program for PSP and other primary tauopathies.