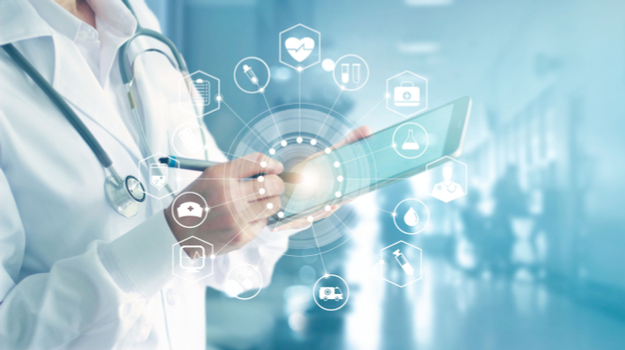 Many companies appear to be getting their clinical trial news updated ahead of the holidays. Here’s a look.

CureVac announced it has enrolled the first volunteer in the pivotal Phase IIb/III trial of its own mRNA vaccine candidate, CVnCoV against COVID-19. The technology used for the CureVac vaccine is similar to that utilized by Pfizer-BioNTech and Moderna. It is an optimized, non-chemically modified mRNA that codes for the prefusion stabilized full-length spike protein of the SARS-CoV-2 virus.

The Phase IIb/III trial, dubbed HERALD, will include more than 35,000 volunteers in Europe and Latin America. The HERALD trial will begin with the Phase IIb section, which is expected to merge directly into the Phase III efficacy portion. Participants 18 years or older will receive a two-dose regimen of either the vaccine or a placebo.

Russia’s Sputnik V COVID-19 vaccine demonstrated 91.4% efficacy, according to the state-run Gamaleya research center and the Russian Direct Investment Fund (RDIF). The data was based on 78 confirmed cases in the placebo group (62) and the vaccine group (16). It appeared to show 100% efficacy against severe COVID-19 cases.

Incyte and Novartis announced Phase III data from its trial of Jakafi (ruxolitinib) in COVID-19 associated cytokine storm. The treatment plus standard-of-care did not prevent complicated in patients associated with cytokine storm. Jakafi is a first-in-class JAK1/JAK2 inhibitor.

Pfizer and BioNTech announced additional data on neutralizing antibody and T-cell responses from their Phase I/II trial of their COVID-19 vaccine conducted in Germany. The data demonstrated the vaccine elicited a combined adaptive humoral and cellular immune response and also provided insights into the composite nature of BNT162b2-induced T-cell immunity.

eTrueNorth is actively recruiting COVID-19-positive patients about potential participation in the NIH’s ACTIV-2 clinical research trial. From the initial diagnosis, patients have seven days to attempt to join the trial. The trial will evaluate one or two drugs on COVID-19, currently Eli Lilly’s LY3819253 (also LY-COV555, an antibody from their collaboration with AbCellera).

ARCA biopharma enrolled the first patients in ASPEN-COVID-10, its Phase IIb trial of rNAPc2 for hospitalized COVID-19 patients. The therapy is a combination of anticoagulant, anti-inflammatory and antiviral effects.

Valneva, based in Saint-Herblain, France, announced the initiation of a Phase I/II trial of its inactivated, adjuvanted COVID-19 vaccine, VLA2001. The trial will evaluate three dose levels in about 150 healthy adults and be conducted in the UK. It hopes to include more than 4,000 people in additional trials, with a possible regulatory approval by the fourth quarter of 2021.

Abpro initiated a global Phase II/III registrational trial evaluating ABP 300 for COVID-19. ABP 300 is a human neutralizing antibody derived from patients who recovered from COVID-19. The first trial site has been opened and the rest will open in 2021. The Phase I trial will include 42 people with results expected in the first quarter of 2021.

FSD Pharma dosed the first patient in its Phase IIa trial of FSD201 (ultramicronized palmitoylethanolamide) for hospitalized patients with COVID-19. It will be conducted on 352 patients to determine the efficacy and safety of FSD201 dosed at 600mg or 1200mg twice a day along with standard of care compared to standard of care alone in hospitalized COVID-19 patients.

CytoDyn hit full enrollment in its Phase III trial for patients with severe-to-critical COVID-19. They are being treated with Vyrologix (leronlimab-PRO 140), a CCR5 antagonist that has potential for multiple therapeutic indications, including HIV and metastatic triple-negative breast cancer. It is a humanized IgG4 monoclonal antibody that blocks CCR5. The data on the 390 patients will be analyzed in about 28 days, with results expected shortly afterwards.

Bharat Biotech’s COVID-19 vaccine, Covaxin, reported no serious side effects in the interim analysis of its Phase I trial. They are also conducting Phase III trials.

Mesoblast Limited reported that its stem-cell therapy trial in ventilator-dependent COVID-19 patients with moderate to severe ARDS filed to meet the primary endpoint of 43% of reduction in mortality after 30 days of treatment. The therapy is remestemcel-L, which contains culture-expanded mesenchymal stromal cells derived from the bone marrow of an unrelated donor.

Vir Biotechnology and GlaxoSmithKline dosed the first patient in a new sub-trial of the NIH’s Accelerating COVID-19 Therapeutic Interventions and Vaccines (ACTIV) Program Phase III trial. The trial is evaluating the safety and efficacy of VIR-7831 in hospitalized COVID-19 adults. VIR-7831 is a fully human anti-SARS-CoV-2 monoclonal antibody.

AstraZeneca and the University of Oxford’s vaccine candidate, Covishield has a better immune response with a two full-dose regimen instead of a full-dose followed by a half-dose. They had already published data showing higher efficacy when a half dose is followed by a full dose compared to a two full-dose schedule.

Johnson & Johnson announced its Phase III COVID-19 trial of its single-dose vaccine is fully enrolled. They are expecting interim data by late-January. The vaccine only requires a single dose.

Biophytis presented preliminary analysis of its SARS-OBS trial evaluating the mobility, strength and physical activity of up to 100 sarcopenic patients. The trial is evaluating Sarconeos (BIO101).

Polyphor announced an independent Data Safety Monitoring Board (DSMB) completed the third, pre-specified interim analysis of its Phase III FORTRESS trial of balixafortide in HER2-, locally recurrent or metastatic breast cancer. The DSMB gave the company the go-ahead to continue the trial without changes.

Regeneron Pharmaceuticals reported that it is pausing enrollment in two of its clinical trials for odronextamab for lymphoma. The FDA placed a partial clinical hold on the trials, requesting Regeneron modify protocols to decrease the occurrence of cytokine release syndrome in patients. Regeneron indicated that the FDA decision also impacts an early-stage trial of odronextamab in B-cell non-Hodgkin lymphomas (B-NHL) and chronic lymphocytic leukemia. They have also paused enrollment in another Phase II trial of the drug in sub-types of B-NHL. It plans to submit the modified protocols to the agency in the first quarter of 2021. Odronextamab is a CD20xCD3 bispecific antibody.

Elysium Health initiated a Phase II trial on the efficacy of BASIS for prevention of acute kidney injury in patients that have undergone a cardiac surgery. Basis is a cellular health supplement.

Kadimastem announced encouraging results of Cohort B of its Phase I/IIa trial of AstroRx for patients with ALS. AstroRx is an off-the-shelf, clinical-grade, astrocyte cell product. There were no treatment-related serious adverse events or dose-limiting toxicities and the efficacy analysis of the 6-month follow-up period showed the treatment maintained its therapeutic effect after a single dose.

Emalex Biosciences dosed the first patients in its Phase II trial of ecopipam for childhood-onset fluency disorder, or “stuttering.” Ecopipam is a first-in-class drug that selectively blocks the actions of the neurotransmitter dopamine at the D1 receptor.

Novo Nordisk plans to launch a Phase III development program in Alzheimer’s disease with 14mg oral semaglutide, the company’s once-daily oral long-acting GLP-1 analogue. The pivotal Phase IIIa program will include about 3,700 people with early Alzheimer’s disease and is expected to launch in the first half of 2021. The drug, under the brand name Rybelsus, is approved as an adjunct to diet and exercise for adults with type 2 diabetes.

Graphite Bio’s investigational new drug (IND) application for a Phase I/II trial of GPH101 in severe sickle cell disease (SCD) was given the go-ahead by the FDA. GPH101 is an investigational gene therapy that uses CRISPR and DNA’s natural homology-directed repair mechanisms to cut out the mutation in the sickle globin gene and paste in the correct natural DNA sequence. Graphite Bio licensed the product from Stanford University.

Biohaven Pharmaceutical published data in The Lancet from its Phase III trial of Rimegepant for the prevention of migraine in adults. The data showed the drug was superior to placebo in decreasing monthly migraine days. The drug was approved by the FDA for acute treatment of migraine in adults in February 2020 and is marketed under the name Nurtec ODT. It is the first and only calcitonin gene-related peptide (CGRP) receptor antagonist available in an orally disintegrating tablet.

vTv Therapeutics announced that its Phase II Elevage study of azeliragon in mild Alzheimer’s disease and type 2 diabetes failed to hit its primary objective. The goal was to show improvement in cognition on the 14-item Alzheimer’s Disease Assessment Scale – Cognitive Subscale (ADAS-cog14) compared to placebo. Azeliragon is an orally active small-molecule antagonist of advanced glycation endproducts (RAGE). RAGE is an immunoglobulin supergene family member that is expressed on multiple brain cell types, specifically on endothelial cells and microglia, which is upregulated in Alzheimer’s disease. RAGE is believed to contribute to Alzheimer’s by promoting vascular leakage, promoting the influx of peripheral beta-amyloid into the brain, mediating beta-amyloid induced oxidative stress, and other mechanisms related to tau proteins and beta-amyloid mediated neuron death.

Sunovion Pharmaceuticals presented data on its SEP-363856 and SEP-4199 in late-stage trials. SEP-363856 is a trace amine-associated receptor 1 (TAAR1) agonist with serotonin 5-HT1A agonist activity being developed for schizophrenia. SEP-4199 is a non-racemic ratio of amisulpride enantiomers being developed for major depressive episodes associated with bipolar I disorder. For SEP-363856, the company presented secondary endpoint data from the four-week study and subsequent six-month OLE study, where patients saw improvements in BNSS factor scores. From SEP-4199, the primary analysis of the study demonstrated numerical improvement in the Montgomery-Asberg Depression Rating Scale (MADRS) after six weeks of treatment.

Otonomy announced positive topline data from the Phase I/II trial of OTO-413 in patients with speech-in-noise hearing difficulty. It showed that a single intratympanic injection of the drug was well-tolerated and demonstrated therapeutic activity compared to placebo across multiple clinically-validated speech-in-noise tests at consecutive time points. The drug is a sustained exposure formulation of brain-derived neurotrophic factor (BDNF).

Tarsier Pharma completed an End-of-Phase II meeting with the FDA and received feedback for its Phase III program for TRS01 in uveitis. It expects to initiate the trial in 2021. The drug is a novel immunomodulator.

BioCardia reported the iDSMB completed its review for the Phase III pivotal CardiAMP Heart Failure Trial. There were no safety concerns and recommended the trial continue as designed. The trial’s primary endpoint is an outcomes composite score based on a three-tiered Finkelstein-Schoenfeld (FS) hierarchical analysis. CardiAMP cell therapy uses a patient’s own bone marrow cells delivered to the heart in a catheter-based procedure to stimulate the natural healing response.

VYNE Therapeutics completed its End-of-Phase II meeting with the FDA over its Phase III design for FCD105 for moderate-to-severe acne vulgaris. The drug is a 3% minocycline/0.3% adapalene foam. They will conduct two identical Phase III trials, TRIOLOGY-1 and -2, and a 40-week open-label Phase III safety study, TRILOGY-3.

Harmony Biosciences enrolled the first patient in its Phase II trial of pitolisant for excessive daytime sleepiness (EDS) and other key symptoms in patients with Prader-Willi Syndrome (PWS). PWS is a genetic orphan/rare neurological disorder with many symptoms related to hypothalamic dysfunction, including sleep-wake instability and hunger-satiety problems. Pitolisant (Wakix) is a first-in-class drug approved for excessive daytime sleepiness or cataplexy in adults with narcolepsy. It is a selective histamine 3 receptor antagonist/inverse agonist.

AB Science SA reported promising data from its Phase IIb/III trial of masitinib in patients with confirmed mild to moderate Alzheimer’s disease. And the approach is consistent with much of what is known about the disease’s pathology.

The study noted that there are currently four approved drugs for Alzheimer’s, donepezil, rivastigmine, galantamine and memantine. The study evaluated different doses of masitinib in patients with confirmed mild to moderate Alzheimer’s disease when administered as an add-on therapy to one or more of these drugs.

The trial demonstrated that 4.5 mg/kg/day of masitinib generated a significant treatment effect compared to the control arm on the primary endpoint of change from baseline in the Alzheimer’s Disease Assessment Scale-Cognitive Subscale (ADAS-Cog). It also showed that masitinib created a significant change from baseline in Alzheimer’s Disease Cooperative Study Activities of Daily Living (ADCS-ADL) score.