Biggest Biopharma Successes and Flops of 2021 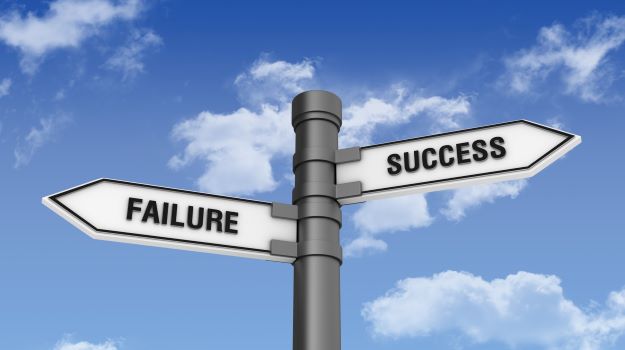 As we begin a new year, it is a good time to look back at 2021 and contemplate what was an important year for the life sciences industry. From the continuing fight against COVID-19 to new companies emerging in exciting therapeutic areas to the people who mattered most, here’s a look at just some of the biggest successes, most dramatic flops – and a few that fall somewhere in between.

Successes: Biogen’s Aduhelm: Love it or hate it, agree or disagree with its approval, the first drug for Alzheimer’s disease approved by the U.S. Food and Drug Administration in 18 years is a big deal. Biogen got the drug through on a surrogate endpoint, that it cleared amyloid plaques, as opposed to proof of clinical efficacy. This could be an indication that the agency’s criteria are changing, and the industry is excited. Just two weeks later, the FDA granted Breakthrough Therapy designation to Eli Lilly’s donanemab based on results from the company’s Phase II TRAILBLAZER-ALZ study. This was despite mixed findings in the secondary endpoints. BioMarin scored a first in November when the FDA signed off on Voxzogo, a once-daily injection intended to improve growth in children with achondroplasia, a rare genetic disorder that causes the most common form of dwarfism. The drug has been the focus of some controversy within the dwarfism community who fear its intention is to “eradicate dwarfism”. And on the COVID-19 front, the FDA gave EUA to AstraZeneca’s Evusheld, providing a much-needed prophylactic option for adults and adolescents who are moderate to severely immune-compromised.

Flops: A big Phase III failure hit South San Francisco’s Theravance Biopharma hard in October. The cardiac candidate for the treatment of symptomatic neurogenic orthostatic hypotension (nOH), failed to hit the primary endpoint, leading to a seismic shift in R&D and the expected loss of approximately 270 jobs. BrainStorm Cell Therapeutics’ NurOwn was – and in many ways, still is – a source of much excitement in the amyotrophic lateral sclerosis (ALS) space. In February, the Tel Aviv-based company received feedback from the FDA stating that the Phase III data was not enough to support a Biologics License Application (BLA). The drug did, however, make a meaningful difference for a subset of patients with early-stage disease and advocates and physicians have argued that this should be enough to get NurOwn approved. In October, Idorsia’s oral substrate reduction therapy for Fabry disease missed the primary endpoint in Phase III, putting the program’s future in flux.

Successes: Throughout the year, various COVID-19 vaccines and therapies have received expanded approvals and authorizations around the world. While Pfizer-BioNTech’s COVID vaccine is currently the only one with full approval from the U.S. Food and Drug Administration (for people ages 16 and older), Moderna and Johnson & Johnson’s vaccines trail closely behind with emergency use authorization for people ages 18 and older. Booster shots have also recently been authorized for some age groups, with the Pfizer-BioNTech and Moderna boosters being recommended over J&J’s in many situations by the Centers for Disease Control and Prevention (CDC).

Flops: Although a few COVID-19 vaccines have found success so far, there are also some who have hit some roadblocks along the way. For example, in October CureVac decided to withdraw its EMA application for its COVID-19 vaccine candidate after it showed only 48% efficacy in late-stage trials. Instead, CureVac teamed up with GlaxoSmithKline to target second-generation mRNA vaccines. Earlier in 2021, Merck also decided to discontinue development of its COVID-19 vaccine candidate after seeing mixed Phase I results and already having fallen behind the frontrunners.

Successes: Gene therapy and gene editing have the potential to drastically change – and even save – the lives of people suffering from serious genetic diseases. At the end of June, Intellia Therapeutics and partner Regeneron Pharmaceuticals further proved its potential, announcing the first-ever successful editing of genes inside the human body (in vivo) with a single infusion. The CRISPR/Cas9 therapy, NTLA-2001, is being developed for the treatment of hereditary transthyretin amyloidosis (ATTR) amyloidosis. This led to a cascade of wins in the space as Editas Medicine followed up in September with their own data demonstrating productive in vivo gene editing in a form of inherited blindness called Leber congenital amaurosis type 10 (LCA10). Then in October, LogicBio Therapeutics accomplished a similar feat in small humans, unveiling clinical trial results that showed the first-ever in vivo, nuclease-free genome editing in children.

Flops: The field was not without its share of setbacks, however, as 2021 featured a string of gene therapy clinical trials being paused due to safety concerns. In August, the FDA placed a clinical hold on bluebird bio’s elivaldogene autotemcel (eli-cel) gene therapy for cerebral adrenoleukodystrophy (CALD). The hold was reportedly due to a  Suspected Unexpected Serious Adverse Reaction (SUSAR) of myelodysplastic syndrome in a patient treated with the drug. In September, Astellas Pharma experienced a setback to the development of its gene therapy for X-linked Myotubular Myopathy (XLMTM) after a young patient died following a serious adverse event. It was the fourth death related to treatment with AT132, and came after abnormal liver functions were reported. The previous deaths involved sepsis and gastrointestinal bleed, both consequences of liver failure. While the benefits are huge, so are the challenges. Most gene therapies pass through the liver before arriving at their intended cell target, and high doses can cause liver damage. Other serious health risks include toxicity, inflammation, and cancer.

Launches: Possibly the most unique biopharma launch of the year belongs to Orna Therapeutics. The Cambridge, Massachusetts-based company debuted in February with $100 million in financing and launched a whole new modality along with it. Circular RNA is more compact than linear, and as such, it could be quite effective as a delivery vehicle for small compounds. Fellow Cambridge dweller, Dyno Therapeutics, raked in $100 million in Series A funds in May. Dyno’s CapsidMap platform leverages AI to improve the design of gene therapies and make them safer, more effective and applicable to more diseases. Operating in another sizzling hot space, GentiBio, Inc. launched in August with $157 million in funding, one of the year’s largest Series A rounds. GentiBio is using engineered regulatory T cells (Tregs) to restore immune tolerance. And the field of gene editing has spawned an incredibly well-financed new player named Prime Medicine, which uncloaked in July with $315 million in financing. By seeking out genetic mutations at their precise genome location, Prime aims to limit concerns about toxicities or unwanted cellular changes.

Stumbles: Drug development comes with a high risk of failure, however, and many companies were forced to reassess in 2021. In October, Michigan-based Esperion announced it was cutting 40% of its staff and significantly decreasing operational expenses in fiscal years 2021 and 2022 after two recently-launched cholesterol medicines failed to gain traction in the market. Athira Pharma didn’t suffer a drug failure in 2021. Instead, the company’s integrity and leadership were called into question after former CEO Leen Kawas was placed on a temporary leave of absence in June following reports she altered images that were part of her doctoral thesis.

Successes: Excitement around immuno-oncology has been growing for a decade now, since CTLA-4 and PD-1 arrived on the scene in 2011 and 2014/15 respectively. As Merck’s PD-1 inhibitor, Keytruda (pembrolizumab), continues to be approved in new indications, a new checkpoint was validated when Bristol Myers Squibb presented the first Phase III data from a trial evaluating an anti-LAG-3 antibody, relatlimab. In combination with Opdivo, relatlimab met the primary endpoint of progression-free survival in first-line metastatic or unresectable melanoma. Another potential checkpoint, TIGIT, continues to be explored by big oncology players like Novartis and BeiGene. Meanwhile, companies like Gilead Sciences, Kite, and Novartis continue to make strong progress against carcinomas with high unmet need such as non-Hodgkin lymphoma and prostate cancer.

Failures: Possible glitches in the oncology clinical development process were highlighted in a study recently published in the  Journal of the National Comprehensive Cancer Network (JNCCN). The research, which followed 362 industry-sponsored, randomized Phase III oncology trials conducted from 2008 to 2017, indicated that over 80% of drugs that go into Phase III failed to demonstrate the ability to extend survival. Cancer therapies that failed to hit the mark in 2021 include Novartis’s canakinumab, which was being studied in combination with Keytruda and chemotherapy in non-small cell lung cancer (NSCLC); Rafael Pharmaceuticals cancer metabolism drug, devimistat, which failed to improve survival when combined with FOLFIRINOX as a first-line treatment for pancreatic cancer; and ERYTECH’s Eryaspase, which did not meet the primary endpoint of overall survival in second-line advanced pancreatic cancer.

Successful (or those with the opportunity to be): Merck’s Ken Frazier was one of the shining stars making a difference in the biopharma industry this year. Before retiring as CEO in June, Frazier was named CEO of the Year by Chief Executive magazine for his leadership and devotion to social justice and economic inclusion. Another impactful CEO that retired this year was longtime Johnson & Johnson CEO Alex Gorsky, who led the company for nearly a decade. Robert Califf also has the opportunity to make an impact in the industry, should he be named the new commissioner of the U.S. Food and Drug Administration. Califf is familiar with the role, having served in the FDA’s top spot for 11 months during President Barack Obama’s second term. He was nominated by President Biden in November, and most recently underwent a Senate panel hearing.

Shameful: On the other hand, there are also people that cast a negative shadow on the biopharma industry. A couple names that made infamous headlines this year were Elizabeth Holmes facing trial for her Theranos sham and jailed “Pharma Bro” Martin Shkreli continuing to find himself in legal trouble years after his guilty verdict for securities fraud and one charge of conspiracy to commit conspiracy fraud. Moncef Slaoui also found himself in hot water in 2021. The former Operation Warp Speed head was fired and stepped down from multiple positions following substantiated sexual harassment allegations against him.