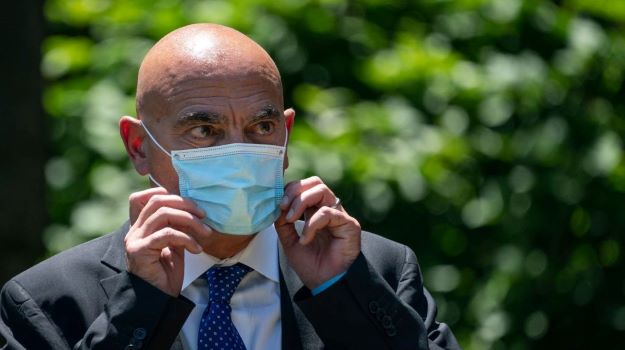 In a stunning fall from grace playing out this week, former Operation Warp Speed vaccine czar, Dr. Moncef Slaoui, issued a statement Thursday morning, as news emerged that he has resigned from additional biotech posts, including his position as Chief Scientific Officer and advisor at Centessa Pharmaceuticals.

“It is with deep regret that I acknowledge today's statement from GlaxoSmithKline plc regarding my termination as Chair of the Galvani Board of Directors. I have the utmost respect for my colleagues and feel terrible that my actions have put a former colleague in an uncomfortable situation,” said the 61-year-old Belgian-American immunologist in the statement.

BioSpace reported yesterday that GSK had terminated Slaoui as chairman of the board of directors at Galvani Bioelectronics, for which it is the majority shareholder, following the “substantiation” of allegations of sexual harassment and inappropriate conduct made several years ago by a female employee.

The decision, made in light of Slaoui’s alleged actions which the company stated ran “contrary to the strong values that define GSK’s culture” put an abrupt end to a 30+ year relationship. Slaoui retired as head of GSK’s vaccines department in 2017 before returning from his COVID-19 vaccine mission to lead Galvani.

Galvani, which Slaoui helped to launch in 2016, is a partnership between GSK and Verily Life Sciences, a division of Google’s parent company, Alphabet Inc, that aims to interpret conversation that takes place between the body’s organs and central nervous system, and correct irregular patterns found in disease states using miniaturized devices attached to individual nerves.

Centessa, a “novel asset-centric pharmaceutical company” founded just last month by Medicxi, announced Slaoui’s resignation this morning, emphasizing its own views and policies on the subject of harassment.

“The Centessa management team and board of directors were troubled to learn of yesterday’s news regarding Dr. Slaoui. Centessa is absolutely committed to fostering a culture of respect that is free from harassment and discrimination of any kind and are steadfastly committed to maintaining a work environment that is reflective of our strong values as a company,” said Centessa chief executive officer, Saurabh Saha, M.D., Ph.D.

U.S. vaccine developer, Vaxcyte Inc., also announced this morning that Slaoui had agreed to honor its request for him to step down as chairman of its board, a role he had held since 2018.

Vaxcyte, whose lead broad-spectrum 24-valent pneumococcal conjugate vaccine (PCV), VAX-24, has shown promise in preclinical development, made its request based solely on GSK’s independent investigation into the allegations levied by its employee.

In a response deviating from many statements in similar cases, Slaoui’s statement leaned more toward contrition, concluding:

“I would like to apologise unreservedly to the employee concerned and I am deeply sorry for any distress caused. I would also like to apologise to my wife and family for the pain this is causing. I will work hard to redeem myself with all those that this situation has impacted. I am taking a leave of absence from my current professional responsibilities effective immediately, to focus on my family.”