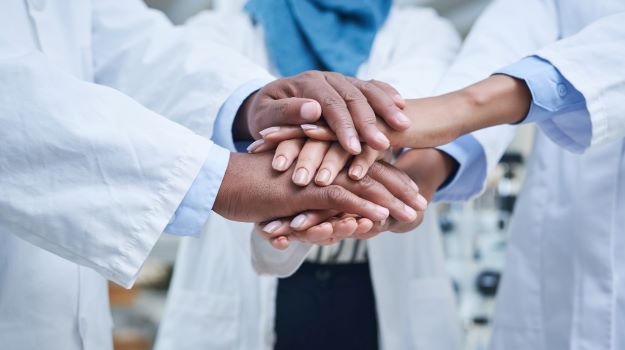 On March 30, clinical trial leaders, hospital practitioners and patient representatives met in the latest installment of the Diversity in Oncology series hosted by GRYT Health and Bristol Myers Squibb. The purpose: to uncover barriers to clinical trial access and work toward actionable structural improvements and solutions.

A 2019 paper led by Dr. Jonathan Loree, a medical oncologist and assistant professor at the University of British Columbia and Dr. Kanwal Raghav, an associate professor in the department of gastrointestinal medical oncology at MD Anderson Cancer Center, analyzed 230 oncology clinical trials between 2008 and 2018 that resulted in U.S. Food and Drug Administration approvals. Of the 18 trials that provided a population breakdown of what the authors referred to as the four major races in the United States, Whites made up 76.3%, Asians accounted for 18.3%, Hispanics 6.1% and Blacks just 3.1%.

“We wanted to peel back the onion to see why African Americans, Latino Hispanics and Asian Americans were not included in these life-changing treatment trials,” said Hong Tang, co-lead of the PAN Asian network health equity initiative team at BMS.

So BMS, whose first focus is in oncology with blockbusters Opdivo (nivolumab) and Yervoy (ipilimumab) currently ensconced in late-stage trials across multiple indications, decided to do something. The company brought together a cross-functional, cross-cultural team, and then partnered with digital oncology company GRYT Health to convene a series of “courageous conversations” between patients, practitioners, caregivers, clinical trial teams and public health leaders.

The challenge of representation takes on many different forms, said Keri McDonough, head of the patient voice consortium with contract research organization Syneos Health, in an interview with BioSpace. These include, but are not limited to, genetic and metabolic differences – distinctions that, in the heterogeneous world of tumors with myriad mutations and a predilection to prey on certain ethnic groups, can make all the difference to effective treatment. It is difficult to practice personalized drug development without the person.

According to the National Institutes of Health, the invasive breast cancer age-adjusted mortality rate for Black women under 40 was twice that for White women, and based on data from U.S. cancer registries, “Black” Americans have “higher incidence and lesser survival of all combined malignancies relative to individuals of the “White” population.”

Speaking with BioSpace, Dr. Ana Velázquez Mañana, M.D, a clinical instructor in medical oncology in the division of hematology/oncology at University of California San Francisco, said that among childhood cancers, Latinos have higher rates of lymphoma and leukemia. Liver, gastric and cervical cancers also hit this group disproportionally, she added.

These may be purely genetic barriers, but as McDonough pointed out, there are also ethical barriers.

“Sometimes, especially in cancer, [the drug] being studied may be a patient's potential best option,” she said, adding that even patients receiving placebo still get standard-of-care treatment and ultimately, a higher level of care. “There are also disparities where you get there too late in the process and therefore, [the cancer] is more advanced.”

Lack of healthcare access is an impediment to clinical trial participation and consequently, precision medicine. Personalized cancer care, Velázquez Mañana said, “requires receiving already a certain level of health care before being able to go into a clinical trial. It requires access to molecular testing, it requires access to specific diagnostic tests, and all of those things are very expensive.”

In recent years, stakeholders came together to lobby for the Clinical Treatment Act. Passed at the end of 2020 and in effect as of January 2022, the new law aims to create parity between the 1 in 5 Americans who receive health insurance through Medicaid and those insured through Medicare or private plans. Namely, the law “requires state Medicaid programs to cover routine patient costs for items and services that are provided in connection with a qualifying clinical trial regarding cancer or other life-threatening conditions.”

While the study sponsor will typically cover the cost of the experimental drug and associated tests, they will not often cover tertiary costs such as emergency room visits.

“If you look at the population of folks that are receiving Medicaid, it often mirrors a lot of the population of folks that have been left out of clinical care in terms of participating in clinical trials,” McDonough said. The Act hasn’t received a lot of attention, however, as there have been a couple of distracting factors going on in the world, overshadowing its actual implementation. “It got passed and then it seemed like there were crickets.” So McDonough joined the Diversity in Oncology series to kick it into gear.

These distracting factors -  mostly associated with the COVID-19 pandemic - have only served to illuminate the problem of representation in clinical trials and access, but that’s another article altogether.

While a big step forward, the passage and enactment of the Clinical Treatment Act do not guarantee its success. First, education about its very existence is greatly needed. According to a survey recently conducted among nearly 800 physicians, “only one in five [of those surveyed] knew that this was changing for Medicaid patients,” McDonough revealed.

She added that some physicians will hesitate to broach the subject of a clinical trial with certain groups due to perceived biases about how they will react. However, these biases may be all in the practitioner’s heads.

“There is data showing and basically refuting that physician bias, in which any patient that gets offered a clinical trial, no matter their background or racial/ethnic group, they're as likely to participate and agree,” Velázquez Mañana said. “So there's the historical view of Black people or Hispanic people that they do not want to participate in clinical trials. It's not true. It's quite the opposite in fact, that we're not being offered the opportunity.”

“Knowing that patients connect better, have better quality of care, have better satisfaction when they engage with a provider who culturally and from a language standpoint can connect with them," UCSF has partnered with the American Society of Clinical Oncology (ASCO) on initiatives to increase diversity in the healthcare workforce.

“We know that across all healthcare, basically, Blacks, Latinos, Pacific Islanders, Hawaiians and Native Americans are severely underrepresented. Among all the medicine sub-specialties, oncology actually is the least diverse,” Velázquez Mañana revealed.

She went on to highlight another barrier to diverse clinical trial access and called for more resources to address it.

“Patients many times have to travel to an academic center or a bigger cancer center that may not be where they receive care, so that adds in transportation, parking, food, taking time off work and needing people to take care of your kids.”

The location of clinical trials is another systemic barrier. Velázquez Mañana said most trials “tend to be in large academic centers, where most Americans do not receive cancer care and definitely not most people who have underserved backgrounds and have limited access to health care.”

During the COVID-19 pandemic, these inequities were brought to bear in terms of vaccine access. A survey of more than 1.3 million participants in the U.S. and U.K., led by Massachusetts General Hospital and published on the medRxiv server in February 2021, found “significantly more hesitancy towards the vaccine among Black, Asian, and Hispanic communities, as well as greater difficulty in accessing vaccines among them.” In 200 in-depth interviews within non-White communities conducted by CommuniVax, responders provided reasons for lack of vaccine access ranging from concerns about lack of access to childcare, inability to take time off from work and providers’ attitudes toward vaccines. Again, a possible education hurdle.

This may all stem from the fact that minority groups were also underrepresented in the vaccine trials, and the manufacturers struggled to recruit them. The Washington Post attributed this to a trust problem, but in actuality, it’s probably multifaceted.

Okay, so this article is a little about COVID-19, and how can it not be, when the past two years have only magnified the sociological significance of these clinical inequities? But COVID-19 will eventually end – or at least the emergency will. Cancer won’t.