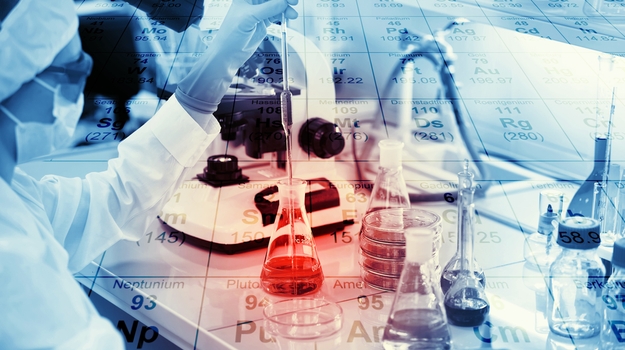 Beyond Air received approval from Health Canada for use of its LungFit system for a study in hospitalized COVID-19 patients with severe ARDS. Part 1 will assess safety at 80 parts per million NO, and then, Part 2 will assess safety and efficacy of 150 ppm NO.

DATATRAK International inked a new partnership with Renibus Therapeutics for a COVID-19 clinical trial. Datatrak is a software-as-a-service (SaaS) and cloud-based technology company. Renibus has been fast-tracked by the FDA to launch a Phase II trial of RBT-9 in COVID-19 patients at high-risk of deteriorating health due to age or comorbid conditions.

Novavax enrolled the first patients in its Phase I/II trial of NVX-CoV2373 in COVID-19. The therapy is a stable, prefusion protein using its proprietary nanoparticle technology. It includes Novavax’ proprietary Matrix-M adjuvant to enhance immune responses and stimulate high levels of neutralizing antibodies.

World Health Organization (WHO) temporarily halted a trial of hydroxychloroquine for COVID-19 after a medical study in The Lancet showed patients dying at a higher rate with the drug than those without. The WHO trial is the Solidarity trial, which included 3,550 patients from more than 17 countries.

CalciMedica announced positive topline data from an interim analysis of its trial of Auxora in severe COVID-19 pneumonia patients on low-flow oxygen therapy. The data showed Auxora plus standard of care reduced ventilator use and improved time to recover compared to standard of care alone. Auxora is a potent and selective small molecule CRAC channel inhibitor that prevents CRAC channel overactivation, which can cause pulmonary endothelial damage and cytokine storm in COVID-19.

I-Mab announced interim data from its study of TJM2 in patients with cytokine release syndrome associated with severe COVID-19. TJM2 is an I-Mab-discovered neutralizing antibody against human granulocyte-macrophage colony stimulating factor (GM-CSF). The company says the data is encouraging.

Atriva Therapeutics GmbH announced a clinical strategy to treat moderate-to severe COVID-19 patients who require hospitalization. ATR-002 has shown in preclinical studies to block viral propagation of SARS-CoV-2 and to have an immunomodulatory effect decreasing cytokine and chemokine release. ATR-002 was developed to treat respiratory viral infections by inhibiting MEK, a host cell factor required for replication of various RNA viruses, including influenza and SARS-CoV-2. The company is now launching a Phase II trial in July 2020 for COVID-19.

Roche and Gilead Sciences have launched a Phase III clinical trial in severe COVID-19 pneumonia, testing Roche’s Actemra/RoActemra with Gilead’s remdesivir. To date, remdesivir is the only drug shown to be effective against COVID-19 and is approved by the FDA under emergency use authorization.

Mesoblast Limited announced clinical outcomes of its allogeneic mesenchymal stem cell (MSC) drug Ryoncil (remestemcel-L) in children and adults with steroid-refractory acute graft versus host disease (GVHD) had been published in three peer-reviewed articles and an accompanying editorial in Biology of Blood and Marrow Transplantation.

Rafael Pharmaceuticals announced positive data from a single-arm, open-label Phase I trial of CPI-613 (devimistat) with gemcitabine and nab-paclitaxel in locally advanced or metastatic pancreatic cancer. The treatment was well-tolerated and demonstrated positive results that devimistat can be safely administered with gemcitabine and nab-aclitaxel.

Eli Lilly announced that Emgality (galcanezumab-gnlm) significantly improved work productivity and reduced interictal burden, such as health and well-being between migraine attacks, in an analysis of the 3-months double-blind period of the CONQUER trial, which included migraine patients from 12 different countries.

Aileron Therapeutics expanded one of the dose levels in the dose optimization part of its Phase Ib/II clinical trial of ALRN-6924 in small cell lung cancer (SCLC). The first patient has been enrolled into the expansion cohort. ALRN-6924 is a first-in-class dual MDM2-MDMX inhibitor being evaluated as a chemoprotective agent to protect against chemotherapy-related toxicities.

Novartis announced new ofatumumab data from the Phase III ASCLEPIOS trials and the Phase II APLIOS trial. The data continues to show the drug as a potential treatment option for patients with relapsing forms of multiple sclerosis. Ofatumumab is a targeted B-cell therapy.

Vir Biotechnology initiated a Phase I trial of VIR-3434, an investigational monoclonal antibody that neutralizes hepatitis B virus (HBV). VIR-3434 is designed to block entry of all 10 genotypes of HBV into liver cells, and also to decrease the level of virons and subviral particles in the blood.

Nascent Biotech plans to launch its Phase I clinical trial of its lead asset, PTB for glioblastoma (GBM). PTB is a natural human antibody that binds to ectodomain vimentin (EDV), a protein on the surface of epithelial cancers.

Neurotrope announced a new long-term trial of Bryostatin-1 for Alzheimer’s disease (AD). The Phase II study will be performed in collaboration with the National Institutes of Health (NIH) under a $2.7 million grant. The new Phase II trial is expected to enroll 100 patients. It will evaluate Brystatin-1 in the absence of Allergen’s Namenda for six months, which will include two 11-week dosing cycles. The study will concentrate on AD patients with pre-specified moderately severe and moderate disease, including a group that showed the most benefit in the previous study.

Rezolute made an oral presentation on its Phase IIa trial of RZ358 in patients with congenital hyperinsulinism at the Pediatric Endocrine Society meeting, held virtually. RZ358 is an IV administered human monoclonal antibody that binds to an allosteric site on the insulin receptor and counteracts the effects of elevated insulin at its target tissues.

WindMIL Therapeutics dosed the first patient in its Phase II trial of MILs, its marrow-infiltrating lymphocyte product, in non-small cell lung cancer patients with locally advanced unresectable or metastatic NSCLC who are refractory to, or have relapsed on, an anti-PD-1 checkpoint inhibitor regimen. The combination therapy dosing was at the Sarah Cannon Research Institute.

Zai Lab announced positive topline data from the NORA study, the Phase III trial of Zejula (niraparib) as a maintenance therapy in Chinese patients with recurrent epithelial ovarian, fallopian tube, or primary peritoneal cancer who are in a complete or partial response to platinum-based chemotherapy. The trial confirmed the Zejula profile seen in the NOVA study.

Akcea Therapeutics, an affiliate of Ionis Pharmaceuticals, published long-term data from the open-label extension of the pivotal NEURO-TTR trial of Tegsedi (inotersen) in patients with hereditary transthyretin (hATTR) amyloidosis with polyneuropathy. The primary objective was the safety and tolerability of long-term dosing with Tegsedi.

Rgenix presented data showing clinical activity in patients with advanced colorectal tumors from a Phase I trial of RGX-202. RGX-202 is a first-in-class small molecule that inhibits a novel cancer metabolism pathway involved in energy supply to cancer cells, SLC6a8, a creatine transporter.

The University of Texas MD Anderson Cancer Center published results and presented at ASCO research showing that in patients with advanced NSCLC and the MET exon 14 skipping mutation had a 46.5% ORR to tepotinib. The research was supported by Merck KGaA, Darmstadt, Germany.

Athenex presented interim data from its Phase II trial of oral paclitaxel in cutaneous angiosarcoma. The data showed a clinical benefit rate of 100% in 22 evaluable patients.

Harpoon Therapeutics presented interim data from an ongoing dose-escalation portion of a Phase I trial of HPN424 in patients with metastatic castration-resistant prostate cancer (mCRPC). HPN424 targets PSMA and is based on the company’s proprietary Tri-specific T-cell Activating Construct (TriTAC) platform that recruits the patient’s own immune cells to kill cancer cells.