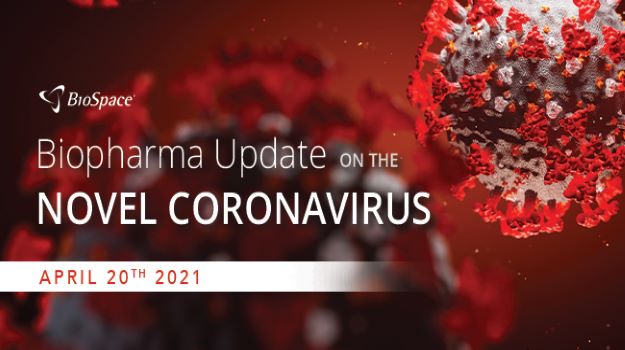 News information is not all-inclusive and updates are published once a week on Tuesdays.

Here's a look at some of the top COVID-19 news over the past week.

As reported by the Houston Chronicle, researchers in Texas have discovered a new COVID-19 variant. The variant, called BV-1 was found in the saliva taken from a Texas A&M student. According to Texas A&M, the variant is related to the UK variant.

The so-called U.K. variant of SARS-CoV-2, known as B.1.1.7 was originally described as possibly being 30% more lethal than the wild-type, original Wuhan strain. This was mostly based on a report released by the British government in February, which looked at several studies and concluded that “it is likely that infection with … B.1.1.7 is associated with an increased risk of hospitalization and death compared to infection with non-[variant] viruses.” However, a new study by researchers at the University College London (UCL) published in Lancet Infectious Diseases finds that although the B.1.1.7 is more transmissible than the Wuhan strain, it is likely not more deadly.

According to the National Institutes of Health (NIH), an experimental antiviral treatment for COVID-19, MK-4482, is showing promise in hamsters. In a new study, published in the journal Nature Communications, the MK-4482 “significantly decreased levels of virus and disease damage in the lungs of hamsters” treated for COVID-19.

According to Swissinfo.ch, Christoph Franz, the chair of Roche, said he was in favor of mandatory COVID-10 vaccinations.

In a new study of 41 deceased COVID-19 patients, scientific researchers at Columbia University found no signs of the virus in brain cells, but the virus can cause significant brain damage.

As reported by Science Daily, a study published in the journal Molecular Cell, noted that scientists at Sanford Burnham Prebys have identified human genes related to interferons that fight the SARS-CoV-2 infection.

Adagio Therapeutics announced it has completed a $336 million Series C financing round, which the company says will support the advancement of its lead coronavirus disease 2019 (COVID-19) monoclonal antibody candidate ADG20.

Anthony Fauci, director of the U.S. National Institute of Allergy and Infectious Diseases (NIAID), told NBC’s “Meet the Press” that he expected a decision on the Johnson & Johnson COVID-19 vaccine would be made by Friday, April 23. The vaccine distribution has been paused in the country because of six or seven cases of rare blood clots.

The blood clots associated with the J&J vaccine have only been seen in women. The other adenovirus vector COVID-19 vaccine, AstraZeneca-Oxford’s version, has also been linked to a different type of blood clot, pulmonary embolism, deep vein thrombosis (DVT), or thrombocytopenia. All of the cases of clotting in the J&J vaccine have been women between the ages of 18 and 48. About 222 occurrences of clots were tied to the AstraZeneca-Oxford cases, with about 61% being women.

It has been reported that Johnson & Johnson contacted Pfizer, Moderna, and AstraZeneca about investigating the clots and to “speak with one voice about safety.” However, both Pfizer and Modera declined, indicating that their vaccines were not associated with blood clots. The two companies didn’t see a need to duplicate regulators' investigations, and they are already studying blood clotting. Some of the sources said there were concerns Pfizer and Moderna might be linked to the blood clotting issue.

Although the data is not there, Pfizer’s chief executive officer, Albert Bourla, recently said he thought people will “likely” need a booster dose of a vaccine within 12 months of getting fully vaccinated. It’s possible, he also said, they will need to be vaccinated annually.

China’s CanSino Biologics announced it will initiate clinical trials next week of an experimental COVID-19 vaccine that is inhaled, instead of injected. This follows some controversy over China’s COVID-19 vaccines, which the director of the Chinese Center for Disease Control publicly admitted “don’t have very high protection rates.” As a result, the Chinese government was considering alternate vaccines to increase vaccine efficacy in the country.

Eli Lilly and Company requested that its Emergency Use Authorization (EUA) by the U.S. Food and Drug Administration (FDA) be revoked for its COVID-19 single antibody product, bamlanivimab (BAM). Because of increased variants, for which BAM was not as effective, they were concentrating on a combination antibody therapy of BAM and etesevimab.

Shares of Inovio were climbing after the company announced its DNA vaccine candidate for COVID-19 induced a robust T-cell response against multiple variants of the SARS-CoV-2 virus.

The U.S. Centers for Disease Control and Prevention (CDC) said up to 5,800 people who have been fully vaccinated against coronavirus disease 2019 (COVID-19) have been infected by the novel coronavirus following vaccination. While this report demonstrates that the currently authorized COVID-19 vaccines are not 100% effective, as shown in late-stage trials, approximately 77 million people have been fully vaccinated with these vaccines in the U.S., demonstrating that the real-world risk of infection following vaccination is relatively low.