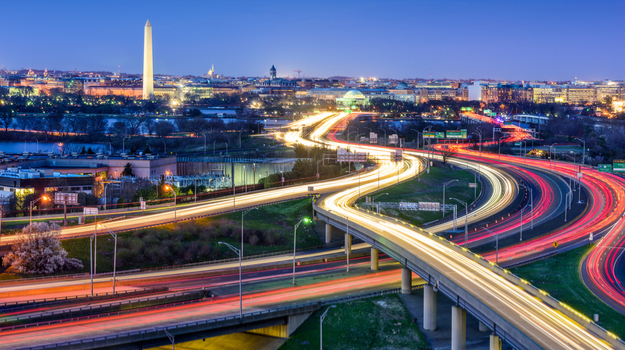 The National Institute of Standards and Technology (NIST) is headquartered at Gaithersburg, MD, and is part of the U.S. Department of Commerce’s technology association. Its role is to create connections with government and develop and apply technology measurement and standards. One of the organizations it has established is the Center for Advanced Research in Biotechnology (CARB). In 1987, the Center for Biosystems Research (CBR) was founded on the University of Maryland College Park Campus. In 2010, the Institute for Bioscience & Biotechnology Research was established by the University System of Maryland Board of Regents, building on the foundation of the CARB and CBR.

And, of course, it’s important to remember that it is the headquarters for the U.S. Food and Drug Administration (FDA).

In addition to the NIH and FDA, the area is home to the Defense Advanced Research Projects Agency (DARPA) and the Biomedical Advanced Research and Development Authority (BARDA). DARPA is part of the Department of Defense, focused on funding cutting-edge research with potential national security and military applications. BARDA is part of the Health and Human Services’ Office of the Assistant Secretary for Preparedness and Response, which is involved in securing the country from chemical, biological, radiological, and nuclear (CBRN) threats, as well as pandemic influenza (PI) and emerging infectious diseases (EID).

There are also plenty of top universities in the area, including Johns Hopkins University, the University of Maryland (Baltimore), the George Washington University (Washington, DC) and Virginia Commonwealth University.

A recent report by CBRE Research identified Washington, DC-Baltimore as one of the top-10 fastest-growing life sciences markets from 2014 to 2017. It ranked #9, exhibiting “an attractive combination of a substantive life science workforce, including key scientists, strong recent life sciences employment growth, ample NIH funding, top-ranked schools and medical institutions, and a sizeable high-tech workforce to support future convergence between the industries.”

It ranks even higher, #6, as a leading life sciences market. The CBRE Research report based that on “laboratory inventory size, number and concentration of industry scientists, NIH and venture capital funding and long-term growth of the life sciences workforce.”

In terms of largest life sciences markets by employees, the region actually ranks fourth. For number of biological and biomedical science degrees produced in 2016-2017, it ranks third in the country behind Boston-Cambridge (#1) and the San Francisco Bay Area (#2). In that academic year the area created 4,539 total graduates, with 351 of them doctorates.

The report cited the area as having slightly over 6% market growth in the life sciences from 2014 to 2017.

There is a 15-mile length of Interstate 270 that runs from Bethesda to Gaithersburg that has for some time been dubbed “DNA Alley.” This particular life science cluster is home to at least 170 biotech companies and almost 60,000 private sector and government staffers.

And according to DC Meetings, the DC metro area is the top-paying region for biological scientists.

Perhaps not surprisingly, Johns Hopkins is the top-rated university in the country for NIH funding, having received $663 million in 2018. The region ranks fifth for NIH funding, receiving slightly over $1 billion in funding in 2018.

The CBRE Report notes, “Washington, DC-Baltimore, ranked sixth in the country, had unprecedented growth in the biotech sector last year. The region had the largest percentage increase in life sciences venture-capital funding over the past 18 months of any major market in the country, mostly to biotech companies. Major investments were made in Viela Bio, NextCure and Personal Genome Diagnostics.”

The area is also noted for its access. Some of this is proximity to regulatory agencies and officials in the area, as well as with lawmakers. BioHealth Innovation, a founding member of BioHealth Capital, is an organization that sources and evaluates market-relevant biohealth intellectual properties, connects that IP with funding, and helps businesses in marketing and growth. It is focused on increasing the flow of private and public early-stage capital, developing an active commercialization talent network, and facilitating accelerated technology transfer and commercialization.

BioHealth Capital Region (BHCR), is Maryland, Virginia and Washington, DC. This covers more than 800 life sciences companies, more than 70 federal laboratories and world-class academic and research institutions. Its goal is to have the region become a Top 3 BioHealth Hub by 2023.

On April 8, MaxCyte, based in Gaithersburg, MD, launched a new ExPERT technology platform. The family of medical instruments, the ATx, STx and GTx are clinically validated Flow Electroporation technology for complex cellular engineering.

“We are proud to announce the launch of our next-generation ExPERT brand of instruments,” stated Doug Doerfler, MaxCyte’s president and chief executive officer. “We are committed to continually investing in our platform and delivering the essential tools, product features and technology performance that are critical to the advancement of promising new cellular therapeutics, which provide hope to many patients with previously incurable or life-threatening diseases.”

Immunomic Therapeutics, headquartered in Rockville, MD, presented preclinical data at the American Association of Cancer Research (AACR) 2019 meeting on April 2 about its nucleic acid platform, UNITE. This platform has the possibility of improving antitumor immunity when used with its investigational DNA vaccine, ITI-7000.

“There’s no doubt that DNA vaccines are attractive immunotherapies to treat cancer and infectious diseases,” stated Teri Heiland, Immunomic’s senior vice president of Research and Development. “However, research in this field has been met with many challenges, one of the most complex being low levels of immunogenicity and the inability to provide an immune response and demonstrate favorable clinical outcomes. These late-breaking data at AACR suggest that our proprietary UNITE platform has the potential to enhance the immunogenicity of DNA vaccines by activating T-cell responses and increasing tumor infiltration.”

In 2017, Viela Bio, headquartered in Gaithersburg, MD, spun out from AstraZeneca’s MedImmune division. On March 7, 2019, the company announced data from a clinical trial of its anti-CD19 monoclonal antibody inebilizumab in patients with neuromyelitis optica spectrum disorder (NMOSD). They will present the data at the 2019 American Academy of Neurology (AAN 2019) Annual Meeting held in Philadelphia from May 2-10.