The 12 Days of Christmas, Biopharma Style 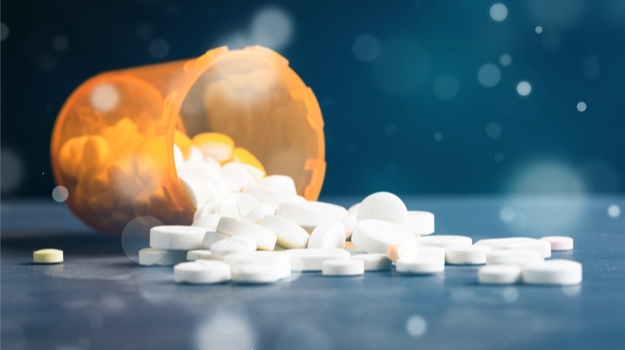 On the 12th day of Christmas, the biopharma industry gave to me…

12 Keytruda Approvals. Merck’s checkpoint inhibitor, Keytruda (pembrolizumab), seems to get approved for a new indication almost every week. In reality, it’s been more like 13 (and counting) since the beginning of June 2018. The drug brought in $7.2 billion in 2018 and $3.1 billion alone in the third quarter of 2019.

Some of those bankruptcies, such as Purdue, are related to the multiple lawsuits related to the opioid epidemic. Others are related to the lawsuits against Johnson & Johnson over contaminated talc products, such as Imerys. The battle for funding is fiercer than ever. Josh Schimmer, an analyst with Evercore ISI, told BioPharma Dive, “When they stumble, the markets are more unforgiving than ever. They aren’t given second chances the way they used to be given. That may be a factor that does lead to a higher rate of bankruptcies.”

10 Most Impactful Biotech Projects. Earlier this year, the Project Management Institute (PMI) announced its 2019 Most Influential Projects list. This ranking cites the most impactful projects from the past 50 year, with the World Wide Web hitting the #1 spot followed by Apollo 11, and including such projects as Walt Disney World, Harry Potter, World of Warcraft and the Sydney Opera House. The list also broke out into subcategories, including Biotech.

9 Billion—$9.7 Billion, to be Precise. Novartis is buying The Medicines Company for $9.7 billion, it announced on November 25. Under the terms of the deal, Novartis is paying $85 per share in cash, which is about a 41% premium of The Medicines Company’s 30-day volume weighted average of $60.33 on November 22 and about 24% of its closing share price of $68.55 on the same day. The boards of both companies have unanimously approved the acquisition. Part of the rationale is to bolster Novartis’ cardiovascular medicines drugs. Only a week before the deal was announced, The Medicines Company announced positive data from ORION-10, the second of three 19-month Phase III trials for inclisiran for lowering cholesterol.

8 Biotech Clusters in Europe. McKinsey & Company published in October 2019, “Biotech in Europe: A strong foundation for growth and innovation. The top two biotech clusters in the U.S. are Boston and San Francisco. Genetic Engineering & Biotechnology News ranked the clusters on five criteria, including patents, venture capital, public research funding, number of biotech companies, and jobs. The European ones are much broader, ranking from first through eighth (okay, there were actually 10): United Kingdom, Germany, France, Spain, The Netherlands, Switzerland, Italy and Belgium. And in case you wanted to know, #9 was Denmark and #10 was Sweden.

There were jokes by analysts ahead of the hearing suggesting that if any of the companies involved in the hearing had a less-than-4%-drop in stock prices, the hearing was a success. The S&P Pharmaceuticals Index traded slightly higher in the afternoon trading, suggesting it probably was.

6 Major Health Systems. In May, Verily, the life science division of Google/Alphabet, announced a strategic collaboration deal with Novartis, Otsuka, Pfizer, Sanofi, and six major health systems. The deals are part of Verily’s Project Baseline. The goal of the deals with Novartis, Otsuka, Pfizer and Sanofi is to develop digitally innovative, patient-centered clinical research programs using Project Baseline’s platform. The Baseline Platform was developed to engage more patients and clinicians in research, speed up studies, and allow for the collection of higher quality data.

The health system deal, which is dubbed the Baseline Health System Consortium, is with Duke University Health System, Vanderbilt University Medical Center, University of Mississippi Medical Center, Mayo Clinic, Regional Health in South Dakota and University of Pittsburgh. The goal here is to identify and develop solutions to challenges in clinical research, making it more accessible and engaging for patients, clinicians, researchers and research sponsors.

5 Blockbuster Projections. Five drugs approved by the FDA this year are projected to achieve blockbuster status, according to The Motley Fool’s Keith Speights, who cited an EvaluatePharma report. The five drugs are in order from the highest to the lowest in expected income. In April, AbbVie won approval for Skyrizi, a treatment for plaque psoriasis. The drug is projected to generate sales of $3.2 billion by 2024. AbbVie though is hoping for sales of about $5 billion in that time as it seeks new revenue sources to offset looming losses of Humira when it loses patent protection in the U.S. Pfizer’s Vendaqel, approved in May, is projected to generate about $2.1 billion by 2024. Vyndaqel (tafamidis meglumine) became the first approved drug for the treatment of the cardiomyopathy of wild-type or hereditary transthyretin-mediated amyloidosis. At $2.1 million, Novartis’ Zolgensma is one of the most expensive treatments on the market. The gene therapy was approved in May to treat Spinal Muscular Atrophy. While there have been some controversies over preclinical data, the treatment is expected to achieve about $1.6 billion in annual sales by 2024, according to the analysis. Another Novartis drug, Mayzent, is also expected to bring in some big bucks for the company. The multiple sclerosis drug, approved in March, should hit about $1.3 billion in sales by 2024. Johnson & Johnson’s Balversa became the first targeted therapy approved for the treatment of adults with locally advanced or metastatic urothelial carcinoma (mUC) which has susceptible fibroblast growth factor receptor (FGFR)3 or FGFR2 genetic alterations. The drug is expected to achieve blockbuster status by 2024 with sales of about $1.2 billion.

4 Ebola Vaccines. The Democratic Republic of the Congo (DRC) has been ravaged by an outbreak of the Ebola virus this year. In response, the World Health Organization approved the use of four experimental vaccines in hopes of stemming the outbreak. Because of the significance of the Ebola outbreak, which at one time had been thought to be waning, the WHO supported use of the experimental drugs outside of the parameters of a clinical trial. Since that WHO approval, the European Commission approved Merck’s Ervebo, the world’s first Ebola vaccine. Merck’s vaccine had been one of the drugs deployed to the Congo as part of a compassionate use program.

3 Retail Suspensions. In the wake of the discovery that some Zantac products may contain a carcinogen contaminant due to the manufacturing process, three major drug store retailers in the United States have removed the antacid product from the shelves. In October, CVS, Walgreens and Rite Aid all announced they removed the product from their shelves until a regulatory review was completed. The move was prompted by a September report from the FDA that showed some ranitidine medicines, including some products commonly known as the brand-name drug Zantac, contain low levels of a nitrosamine impurity called N-nitrosodimethylamine (NDMA), which is classified as a carcinogen. Since the FDA’s first announcement, several companies have recalled ranitidine-based products due to the NDMA contamination.

2 Mega Mergers. This year, four of the largest companies in the pharmaceutical industry, Bristol-Myers Squibb, Celgene, Allergan and AbbVie, became two. In January, Bristol-Myers Squibb acquired Celgene for $74 billion.  The merger was completed this month. At the time, BMS CEO Giovanni said it was an exciting day as the “leading science, innovative medicines and incredible talent” of the companies are combined. Caforio said the merger will create “the number one oncology franchise” for both solid and hematologic tumors. The merger was only made possible though, with the divestment of the blockbuster psoriasis and psoriatic arthritis drug Otezla.

In June, Illinois-based AbbVie made a “transformational” move with the $63 billion acquisition of Ireland’s Allergan. Richard Gonzales, chairman and CEO of AbbVie, said the acquisition achieves “unique and complementary strategic objectives” for both companies. In a statement outlining AbbVie’s proposal, Gonzales said combining the two companies will allow AbbVie to diversify is business, while “sustaining our focus” on scientific research and the company’s pipeline, which includes the top-selling drug, Humira.

1 New FDA Commissioner. Stephen Hahn is close to being named the newest commissioner of the U.S. Food and Drug Administration. In November, Hahn, chief medical executive of the University of Texas MD Anderson Cancer Center, was nominated by President Donald Trump to take over the reins of the nation’s regulatory agency. He will (assuming he passes the Senate confirmation, which is likely) succeed Scott Gottlieb, who abruptly retired earlier this year. Hahn, a noted radiation oncologist, will be tasked with addressing numerous issues, including vaping concerns, continued approval of generics to help lower the cost of medications, the increasing reliance on real world data in drug approvals and the continued response to the opioid crisis.