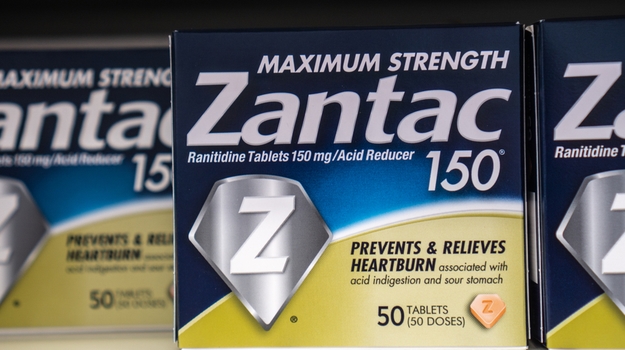 In the wake of the discovery that some Zantac products may contain a carcinogen contaminant due to the manufacturing process, three major drug store retailers in the United States have removed the antacid product from the shelves.

CVS, Walgreens and Rite Aid have all removed the Sanofi-developed product from their shelves until the U.S. Food and Drug Administration continues its review of the product, CNN reported this morning. Last month, the FDA issued a report that showed some ranitidine medicines, including some products commonly known as the brand-name drug Zantac, contain low levels of a nitrosamine impurity called N-nitrosodimethylamine (NDMA), which is classified as a carcinogen.

DMA is a known environmental contaminant and found in water and foods, including meats, dairy products, and vegetables. In large amounted NDMA can cause health problems, but the FDA said the levels it is finding in ranitidine “barely exceed amounts found in common foods.”

In its announcement, CVS said that it opted to suspend sales of Zantac “out of an abundance of caution.” While it has removed Zantac, CVS said it will continue to sell other over-the-counter H2 Blockers, including Pepcid, Tagamet and its respective generic equivalents, famotidine and cimetidine.

Ranitidine is an H2 (histamine-2) blocker, which decreases the amount of acid created by the stomach. It is sold over-the-counter, with one of the most popular versions being Zantac. Prescription ranitidine is approved for multiple indications, including treatment and prevention of ulcers of the stomach and intestines and treatment of gastroesophageal reflux disease, the FDA noted in its announcement.

In September, following the FDA’s discovery of NDMA in the antacid, Sandoz issued a voluntary recall of its own ranitidine medication. Sandoz said at the time that it had not received any reports of adverse events related to use of the product as part of this recall. Sandoz said its Ranitidine Hydrochloride Capsules were distributed nationwide to wholesalers.

In March, the FDA raised concerns about losartan potassium tablets sold by India-based Hetero Labs Ltd. and distributed by Camber Pharmaceuticals. Also last fall, the FDA issued a voluntary recall for lots of Irbesartan tablets developed by N.Y.-based ScieGen Pharmaceuticals due to the presence of the carcinogen.