As Deadliest Strain Ravages Country, Four Experimental Ebola Vaccines to Be Deployed in the Congo 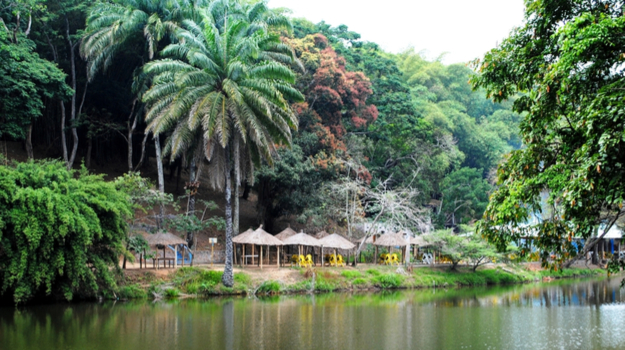 As an outbreak of the Ebola virus in the Democratic Republic of the Congo (DRC) worsens, a team of health officials has taken four experimental vaccines to the front lines and begun to administer it to patients who may have been exposed to the deadly virus.

Earlier this year, the World Health Organization approved the use of the vaccine in this latest outbreak of the virus. The virus that will be administered has been noted for its efficacy in targeting the Zaire strain of the disease, which is what health official experts have determined is the strain devastating the Congo, which is also being ravaged by a civil war. The Zaire strain is considered to be the most common strain of Ebola, as well as its deadliest.

STAT News reported that there will be four experimental vaccines taken into the Congo. The vaccines are Gilead Science’s antiviral drug Remdesivir, as well as three monoclonal antibody preparations. Those are ZMapp, which is made by Mapp Biopharmaceuticals, Regeneron’s REGN 3470-3471-3479, and mAb 114, which STAT said is under development by the National Institutes of Health (NIH) and DRC’s National Institute of Biomedical Research. As of Nov. 9, 139 patients have been dosed with one of the four vaccines. Since July, there have been 329 confirmed and probable cases of Ebola, and 205 deaths associated with the disease. This has been the third largest outbreak of the hemorrhagic virus on record, STAT said.

Because of the significance of the Ebola outbreak, which at one time had been thought to be waning, the WHO supported use of the experimental drugs outside of the parameters of a clinical trial. STAT noted that the authorization was through a compassionate use protocol that the WHO established.

The vaccines will be administered by healthcare professionals associated with Doctors Without Borders and ALIMA (the Alliance for International Medical Action). But there are some challenges with the vaccines. Not only is the Congo in the middle of violent unrest, but there are also patient monitoring issues. STAT noted that ZMapp requires multiple infusions and Gilead’s drug requires a patient’s liver to be monitored regularly.

It is possible that some trial data can be drawn from the compassionate use in the field, but there are questions over clinical controls. How that will be resolved remains to be seen.

Outside of the Congo, there has been some movement on treating the Ebola virus. Most recently, the U.S. Food and Drug Administration announced that an emergency use authorization (EUA) has been issued for a rapid, single-use test for the detection of Zaire strain of the Ebola virus. This is the second Ebola rapid antigen fingerstick test available under EUA. The approval of the DPP Ebola Antigen System is the first that uses a portable battery-operated reader, which can help provide clear diagnostic results outside of laboratories and in areas where patients are likely to be treated, the FDA said. It was unclear if the fingerstick test will be deployed to the Congo to assist healthcare workers

Earlier this year, Merck and NewLink Genetics published a study that showed its vaccine for the Ebola virus provides at least two years of protection. Patients were inoculated with recombinant vesicular stomatitis virus (rVSV) vaccine for the Zaire Ebola virus glycoprotein. Patients who were treated had virus-specific antibody responses for one to two years after inoculation – which could be significant for people who live in areas where the disease could potentially break out again. BioSpace reported earlier this year that Merck will seek approval from the U.S. Food and Drug Administration for the antiviral. The World Health Organization has recommended the Merck vaccine should be used under the Expanded Access framework if an Ebola outbreak occurs.