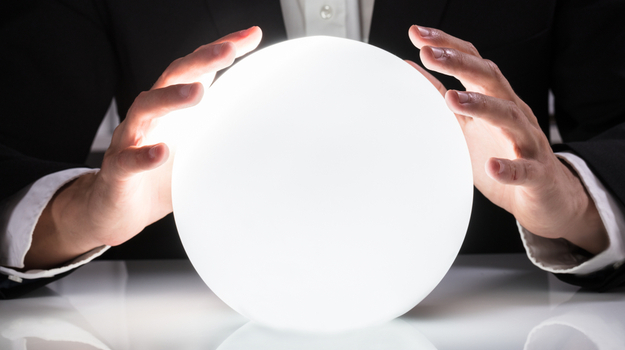 Consulting firm EY released its annual report on mergers and acquisitions (M&A) to coincide with the JP Morgan Healthcare conference this week. For 2019, EY indicates there were $357 billion in life science deals, an “all-time record,” surpassing the previous high in 2014.

“2019 has been a ‘mega’ year driven by pharma buyers,” said EY consultant Peter Behner. “In 2020, firepower remains plentiful and we expect to see more activity in medtech and big biotech, with megamergers coming from companies with acute growth gaps.”

2019 started off in January when Bristol-Myers Squibb announced plans to acquire Celgene for about $75 billion. In June, AbbVie announced plans to acquire Allergan for $63 billion. AbbVie noted that a deal of this size was planned to deliver immediate scale to its growth platform and meet its strategic goal of decreasing reliance on Humira. The company noted at the time, “Smaller bolt-on acquisitions provide opportunities for future growth, but also require significant R&D investment amid scientific and clinical uncertainty. This transaction offers immediate compelling financial and strategic value to our shareholders with a much lower risk profile.”

Other notable deals included Roche’s acquisition of Spark Therapeutics for $4.8 billion. In 2017, the FDA approved Spark’s gene therapy, Luxturna (voretigene neparvovec), a gene therapy for a rare, genetic type of blindness. After 10 months, the deal was finally completed on December 17. Roche saw Spark’s gene therapies for hemophilia as complementary to its own hemophilia treatment, Hemlibra. In November, Roche also acquired Promedior for up to $1.4 billion.

In late November, Novartis bought The Medicines Company for $9.7 billion. Under the terms of the deal, Novartis paid $85 per share in cash, which is about a 41% premium of The Medicines Company’s 30-day volume weighted average of $60.33 on November 22 and about 24% of its closing share price of $68.55 on the same day. The boards of both companies unanimously approved the acquisition.

And Eli Lilly and Company announced it was buying Loxo Oncology for $235 per share in cash, which comes to about $8 billion. Under the terms of the deal, Lilly acquired all outstanding Loxo shares for $235 in cash.

EY does not think 2020 will be as big a year for M&A as 2019, calling it “highly unlikely.” The consultancy firm believes there will be plenty of dealmaking, though, noting the industry has about $1.4 trillion—yes, trillion!— in financial capacity for acquisitions. But EY believes the big biotech companies and medical devices firms that weren’t particularly active in 2019 will step up to the front and start spending this year.

Bolt-on acquisitions will be common, but the EY report suggests about a third of the industry leaders could go after megamergers, which are more than $40 billion each. Some of the companies that have the capacity, however, seem uninterested. That includes Roche, Novartis and Merck & Co.

Big pharma that might be looking at big deals includes Johnson & Johnson, Novo Nordisk, Pfizer, AstraZeneca and Eli Lilly. Other big companies that closed big deals in the last few years are unlikely to go big again so soon, including Takeda, AbbVie and Bayer.

Last year, the report notes, big pharma companies tended to focus more on share buybacks and paying out dividends rather than buying up acquisitions. The report found that leading biotech companies spent 39% of their capital on research and development, 39% on stock buybacks, 13% on dividends and only 9% on M&A.

“Such behavior may please shareholders in the short term,” the report noted, “but it has long-term downsides, suggesting companies are uncertain about how best to invest for future growth.”

Some of that may be related to political and economic uncertainty. Although the Trump administration proclaims a strong economy despite a current $22 trillion in national debt, there have been persistent fears of a recession. And the Trump administration’s tenure has been, to say the least, volatile. It’s also likely that Brexit concerns in Europe have made European biopharma companies more cautious about making big deals.

Time will tell as to whether big pharma will start wheeling-and-dealing, but analysts at SVB Leerink think Gilead, Amgen and Biogen are likely to be considering bigger deals this year. There was also some surprise on the part of the EY report on a lack of deals around digital technologies, with most drug companies instead choosing partnerships instead of acquisitions to bolster their data analysis and artificial intelligence capabilities. Of note were partnerships between Novartis and Microsoft and Gilead and Glympse Bio.