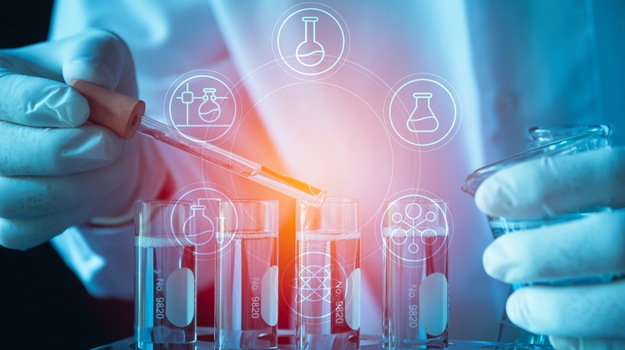 It was a surprisingly big week for clinical trial updates related to COVID-19, although there was plenty of non-COVID-19 news as well. Here’s a look.

ExeGi Pharma announced the results of a 70-patient trial of high-dose, eight-strain bacteriotherapy in COVID-19. The trial was conducted in the hospital setting in Rome. Patients received the drug as well as standard of care of hydroxychloroquine, antibiotics, and tocilizumab and were compared to the standard of care alone. The biologic appeared to mitigate COVID-19 severity by modulating the gut-lung axis.

Bellerophon Therapeutics treated the first patient in its Phase III trial of INOpulse inhaled nitric oxide (iNO) therapy for COVID-19. The trial will evaluate the INOpulse therapy in patients with COVID-19 who require supplemental oxygen.

Equillium announced that its partner, Biocon, reported data from a clinical trial showing that itolizumab significantly decreased mortality in hospitalized COVID-19 patients. The clinical trial was conducted in India by Biocon. Equillium is headquartered in La Jolla, California. Biocon is based in Bengaluru, India. Itolizumab is a first-in-class monoclonal antibody that selectively targets the CD6-ALCAM pathway. This pathway is central to modulating the activity and trafficking of T-cells that are involved in numerous immuno-inflammatory diseases.

Medicago launched a Phase I clinical trial for its plant-derived COVID-19 vaccine candidate. It hopes to initiate a Phase II/III trial in October. Instead of using animal products or live viruses, Medicago uses Virus-Like Particles (VLPs) that mimic the shape and dimension of a virus, which allows the immune system to recognize them and create an immune response in a non-infectious way.

VolitionRX announced results from two proof-of-concept studies of Nu.Q assays for COVID-19. The studies were conducted at University Hospital Liege, Belgium and the German Heart Center in Munich, Germany, with the goal of confirming whether circulating nucleosomes could act as a potential prognostic marker for COVID-19 disease severity. The test results did show correlation with more severe COVID-19 cases.

Moderna published data in The New England Journal of Medicine from its Phase I trial of mRNA-1273, its mRNA vaccine against SARS-CoV-2, the virus that causes COVID-19. The bottom line was the trial showed promising safety and immune response in all the patients involved in the trial. The interim analysis was of a two-dose vaccination schedule given 28 days apart at three different dose levels, 25, 100 and 250 micrograms in 45 healthy adults ranging in age from 18 to 55 years. The data published was on results through Day 57.

NeuroRx, in partnership with Relief Therapeutics, announced the independent Data Monitoring Committee had reviewed the findings in the first 30 patients in its trial of Aviptadil (RLF-100) in patients with Critical COVID-19 with respiratory failure. The committee recommended the primary endpoint changed to “alive and free of respiratory failure at 7-10 days.” The primary endpoint was previously mortality at 28 days. The change is driven by the general decrease in mortality with advances in treatment for Critical COVID-19 and by early observations in the clinical trial.

Algernon Pharmaceuticals completed its clinical trial agreement with Westchester Research Center at Westchester General Hospital in Miami, Florida, for its multinational Phase IIb/III trial of NP-120 (ifenprodil) for COVID-19. The trial is expected to start after July 20.

AstraZeneca and Oxford University’s Jenner Institute reported that its Phase I trial of its COVID-19 vaccine produced both antibodies and Killer T cells in healthy patients. The double defense, they argue, could be critical, because of some data indicating that antibodies developed in recovered COVID-19 patients may not last long. T-cells typically remain active in the body for years.

Celltrion Group launched its Phase I trial of a potential antiviral antibody treatment for COVID-19. It will enroll 32 healthy volunteers who have not been diagnosed with COVID-19. It is expected to be completed by the third quarter. It is also set to run a further in-human Phase I trial of the antiviral candidate in mild COVID-19 patients across Europe.

The company also announced results from the second interim analysis of the Phase IIIb STASEY study. It reinforced the safety profile of Hemlibra (emicizumab-kxwh) characterized in the Phase III HAVEN clinical trial. No new safety signals were identified in adults and adolescents with hemophilia A with factor VIII inhibitors.

Avadel Pharmaceuticals dosed the first patient in its open-label extension (OLE)/switch study of FT218 for excessive daytime sleepiness and cataplexy in patients with narcolepsy. The OLE/switch study will evaluate the long-term safety and maintenance of efficacy of FT218 in patients with narcolepsy who participated in the REST-ON study. FT218 is a once-nightly formulation of Micropump controlled-release (CR) sodium oxybate.

Quantum Genomics enrolled the first patient in its FRESH study in difficult-to-treat or resistant hypertension. It is being run jointly in Latin America with the Biolab Sanus Pharmceutical laboratory. This Phase III study will be run in about 70 hospitals globally. Firibastat is a first-in-class prodrug that is a selective and specific inhibitor of aminopeptidase A, which prevents the production of angiotensin III in the brain.

AMAG Pharmaceuticals to present data from two Phase II trials of ciraparantag reversing apixaban and rivaroxaban in healthy adults age 50-75 years. Ciraparantag is being developed for patients receiving direct oral anticoagulants (DOACs) and low molecular weight heparin (LMHW) when reversal of the anticoagulant effects of apixaban and rivaroxaban is needed for emergency surgery or other reasons to stop uncontrolled bleeding.

Arcutis Biotherapeutics initiated enrollment in the Phase IIb portion of the Phase I/IIb trial of ARQ-252 in adults with chronic hand eczema. ARQ-252 is a potent and highly selective topical small molecule inhibitor of Janus kinase type 1 (JAK1). Topline data is expected in the second half of 2021.

Bellerophon Therapeutics announced results from Cohort 1 of the iNO-PF Phase II/III trial of pulmonary hypertension associated with pulmonary fibrosis with its INOpulse inhaled nitric oxide therapy at a dose of 30 mcg/kg IBW/hr. The data established the safety of the dose and confirmed its benefit in this patient population.

Deinove is continuing its Phase II trial in the U.S. of DNV3837 after delays during the COVID-19 pandemic. DNV3837 targets the treatment of Clostridioides difficile gastrointestinal infections (CDI). The Phase II trial was launched early in 2020 in the U.S.

AC Immune initiated the second highest dosing group in its Phase Ib/IIa clinical trial of ACI-35.030 for Alzheimer’s disease. The move is based on encouraging interim data from the initial dosing cohort. ACIU35.030 is an anti-pTau vaccine designed to stimulate antibodies against phosphorylated pathological Tau protein. The hope is that this will help decrease and clear related Tau aggregates, which are linked to the progression of Alzheimer’s disease.

AstraZeneca released positive data from the Phase III THALES trial of Brilinta (ticagrelor) used twice a day with an aspirin. The drug decreased the rate of stroke and death by 17% compared to aspirin alone in people who had an acute ischemic stroke or transient ischemic attack (TIA). This is a follow-up on an initial announcement made in January.