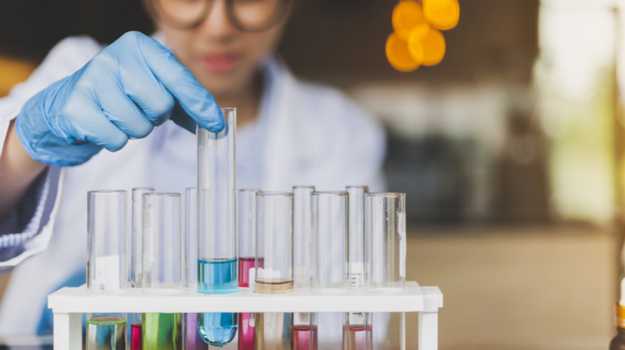 Even with a big focus on business deals because of the JP Morgan Healthcare Conference, there were plenty of clinical trial announcements this week. Here's a look.

AstraZeneca announced that after a recommendation from an independent Data Monitoring Committee, it was abandoning its Phase III STRENGTH trial for Epanova (omega-3 carboxylic acids) for mixed dyslipidemia (MDL). Epanova is a fish oil-derived combination of free fatty acids composed mostly of EPA and DHA. It was approved in the U.S. as an adjunct to diet to decrease triglyceride levels in adults with severe high triglycerides. That indication wasn’t changed by the data from the STRENGTH trial.

Acasti Pharma also reported a failure. Its own fish oil-based candidate, CaPre (omega-3 phospholipid) for severe hypertriglyceridemia, announced topline data from its Phase III TRILOGY 1 trial. Although it reported a 30.5% median reduction in triglyceride levels compared to 27.5% in the placebo group at 12 weeks, as well as a 42.2% decrease in patients on background statins compared to 31.5%, because of an unexpectedly large placebo response, the trial did not reach statistical significance.

Horizon Therapeutics announced topline data from its MIRROR trial of methotrexate with Krystexxa (pegloticase injection). The drug showed an increased durability of response for patients with chronic gout refractory to conventional therapies. It showed that 79% of patients achieved a complete response. Krystexxa is a PEGylated uric acid specific enzyme for gout.

Fate Therapeutics announced the FDA has allowed its second IND for FT516. FT516 is an off-the-shelf natural killer (NK) cell product derived from a clonal master induced pluripotent stem cell (iPSC) line engineered to express a novel CD16 Fc receptor. It is the company’s fourth IND from its iPSC product platform cleared by the FDA.

Adaptimmune reported two confirmed Partial Responses (PRs), one in liver cancer and one in melanoma. The results are from the company’s SPEAR T-cell platform that allows the engineering of T-cells to target and destroy cancer across multiple solid tumors.

Celyad dosed the first patient with CYAD-02 in its Phase I CYCLE-1 trial for relapsed/refractory acute myeloid leukemia. CYAD-02 is a CAR-T therapy using an all-in-one vector approach to express the NKG2D chimeric antigen receptor and short hairpin RNA SMARTvector technology to knock down the expression of NKG2D ligands MICA and MICB on the CAR-T cells.

Guardant Health and NRG Oncology have initiated the NRG-GI005 study to validate the clinical utility of Guardant’s molecular residual disease (MRD) assay as a diagnostic biomarker for selecting which patients with stage II colon cancer need adjuvant chemotherapy. The NRG-GI005 COBRA study will enroll 1,408 patients with resected stage II colon cancer who meet their doctor’s criteria for active surveillance. They will be randomized to receive ctDNA-directed therapy or standard of care active surveillance.

Quantum Leap Healthcare Collaborative and G1 Therapeutics announced a collaboration to evaluate trilaciclib in a new treatment arm for the ongoing I-SPY 2 TRIAL for neodjuvant treatment of locally advanced breast cancer. Trilaciclib will be studied across all high-risk, early-stage breast cancer subtypes, including HR+, HER2+, and triple-negative breast cancer. Trilaciclib is a first-in-class therapy designed to improve outcomes for cancer patients treated with chemotherapy.

AbbVie reported that its Skyrizi met both primary and all ranked secondary endpoints in its Phase III trial that went head-to-head with Novartis’ Cosentyx in plaque psoriasis.

The Phase III, multicenter, randomized, open-label, efficacy assessor-blinded, active-comparator trial studied the safety and efficacy of Skyrizi compared to Cosentyx in adults with moderate to severe plaque psoriasis. The two primary endpoints were non-inferiority at week 16 and superiority at week 52, both determined by Psoriasis Area and Severity Index (PASI 90). Skyrizi met both primary endpoints.

There were three ranked secondary endpoints, PASI 100 at week 52, sPGA 0/1 at week 52 and PASI 75 at week 52. Skyrizi demonstrated significantly higher rates of skin clearance compared to Cosentyx, with at least a 90% improvement from baseline in PASI 90 at week 52.

Rafael Pharmaceuticals announced it had reached the halfway enrollment point in its Phase II AVENGER 500 trial of CPI-613 (devimistat) in metastatic pancreatic cancer. It has enrolled more than 250 patients so far. CPI-613 is being studied in combination with modified FOLFIRINOX (mFFX) as first-line therapy. Devimistat is a first-in-class compound that targets enzymes involved in cancer cell energy metabolism located in the mitochondria of cancer cells.

Eli Lilly’s pemetrexed will be in a new clinical trial at Providence Saint John’s Health Center’s Pacific Brain Tumor Center for patients diagnosed with chordoma. Chordoma is an extremely rare cancer found in the bones at the base of the skull and the spine. The drug has been approved by the FDA for lung cancer, but in two chordoma patients who received the drug, it showed promise in reducing the tumors.

Eloxx Pharmaceuticals issued an update on progression in its Phase II Cystic Fibrosis trial for ELX-02. The company expects full enrollment in the first quarter of 2020 and to report topline data in the first half of the year. The company also announced positive data from the first cohort of the Phase II trial of ELX-02, a novel ERSG, in patients with nonsense mutation-mediated nephropathic cystinosis. The primary endpoint was safety. Also, all three patients in dose group 2 showed a significant decrease in WBC cystine levels.

NantKwest announced results from its Phase I trial of its off-the-shelf, PD-L1 tumor-targeted NK cells. NantKwest and ImmunityBio also reported on a compassionate use expanded access Investigational New Drug (IND) combining the PD-L1-targeted NK cell with ImmunityBio’s IL-15 fusion protein (N-803) in a single patient with metastatic pancreatic cancer. That patient had relapsed after previous standard-of-care treatment. They reported complete responses with the combination therapies that included haNK, Avelumab and N-803 in triple negative breast cancer. Durable complete responses were seen in patients who had not responded to standard therapy for breast cancer. They presented the data at the 2019 San Antonio Breast Cancer Symposium (SABCS) in December 2019.

Alexion Pharmaceuticals announced that it was planning to initiate a pivotal Phase III trial of Ultomiris (ravulizumab) in amyotrophic lateral sclerosis (ALS). Ultomiris is the first and only long-acting C5 inhibitor administered in adults every eight weeks for the treatment of paroxysmal nocturnal hemoglobinuria (PNH) and for adults and children with atypical hemolytic uremic syndrome (aHUS). The new study, a 50-week global trial called CHAMPION-ALS, will study about 350 adults with a primary endpoint of change in ALS functional rating scale-revised (ALSFRS-R) score.

Tyme announced the firsts sarcoma patient had been dosed at the Sarcoma Oncology Center in the HopES Phase II trial of SM-88 (racemetyrosine). The trial is a prospective open-label Phase II trial evaluating the efficacy and safety of SM-88 in two patient cohorts, each with 12 patients. The first cohort will study oral SM-88 as maintenance monotherapy after standard primary or palliative treatments for Ewing’s sarcoma patients at high risk of relapse or disease progression. The second cohort will evaluate the drug as salvage monotherapy for patients with clinically advanced sarcomas. SM-88 is a tyrosine derivative.